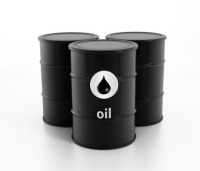 Green energy will receive almost 60 percent of the $5 trillion expected to be invested in new power plants over the next decade, according to the International Energy Agency. That’s because the U.S., China, Japan and the European Union are all pushing for global limits on greenhouse gases and promoting alternatives to fossil fuels.

The effort has resulted in local and national incentive policies for renewable power around the world, effectively insulating the industry from market fluctuations such as the almost 40 percent plunge in crude oil since June. So while drillers clamp down on spending, developers are on track to invest more than $250 billion this year on wind, solar, geothermal and other types of renewable power, the first gains in two years, according to data compiled by Bloomberg.

“Renewables are supported by policies, and that is not something that will be amended quickly just because oil prices fall,” Takashi Hongo, a senior fellow at Mitsui Global Strategic Studies Institute, which advises the Japanese government on energy policy, said in an interview in Tokyo. “There will be hardly any impact.”

Of course, the longer oil remains at its current level, the more likely that the subsidies will be called into question. In China, for example, government support has made the country the biggest market for wind and solar power.

“If oil stays at current prices or weakens through the first half of next year, the impact on new energy would be massive,” said Lin Boqiang, director of the Energy Economics Research Center at Xiamen University, speaking of the situation in China. “Weakening oil prices would hamper the competitiveness of new energy. The government has to subsidize the new energy industry to support its development.”

As envoys from more than 190 nations meet in Peru for a round of United Nations-organized negotiations to step up the fight against global warming, there was no sign of waning political support for curbing emissions.

“We’re all old enough to know that oil prices go up and down,” said Christiana Figueres, executive secretary of the United Nations Framework Convention on Climate Change, which organizes the talks. “The fact that oil is so unpredictable is one of the reasons why we must move to renewable energy, which has a completely predictable cost of zero for fuel.”

In Washington, the State Department official who speaks for President Barack Obama on climate, said a “low-carbon future” is essential for the U.S. and that the policy won’t be revised due to oil prices.

So far, declining oil prices haven’t affected what countries say they are willing to do, said Todd Stern, the U.S. envoy who will join the talks in Peru next week.

“The need from the point of view of climate, health and energy security all point toward the imperative for transforming our economies from high to low carbon,” Stern said in an interview in Washington. “That transformation is the solution side of climate change.”

In Brussels, the IEA, which was formed to advise industrial nations on energy policy after the first oil shock in 1973, said governments must remain focused on cutting carbon dioxide emissions blamed for damaging the climate.

“What is important is not to be lulled into a false sense of security,” Maria van der Hoeven, the executive director of the IEA, said at a briefing in Brussels. “Fossil fuels will be a very important part of our energy supply. It’s important not to be too obsessed with lower oil prices.”

Renewables remain a tiny fraction of the world’s power supply, accounting for about 5 percent of the electricity generated, according to the most recent data from the IEA. That’s up from 1 percent in 1990. Current policies put it on track to reach 12 percent by 2040.

Investment in clean energy is growing rapidly. The industry took in $175 billion in the first nine months of this year, according to Bloomberg New Energy Finance. About $2.95 trillion may be invested by 2040 compared with $1.49 trillion for fossil- fuel power plants, the IEA estimates.

In Japan, where the government introduced an incentive program in 2012 following the Fukushima nuclear disaster, investment in solar energy more than tripled to $29.6 billion in 2013 from 2010 levels, data from London-based BNEF show.

“Japan doesn’t use a lot of oil in its power generation, so it doesn’t make a lot of difference,” said Andrew DeWit, a professor in the School of Policy Studies at Rikkyo University in Tokyo. “The short answer is that it’s probably not going to have a huge hit on Japan’s renewables.”

Japan, though the world’s largest importer of liquefied natural gas, relies on oil for 19 percent of its electricity generation, according to BNEF data. The nation could be on course this year to surpass China as the world’s largest solar market as measured by annual capacity installations.

“The oil price doesn’t affect electricity generation that much,” Lyndon Rive, chief executive officer of SolarCity Corp., said in an interview with Bloomberg Television. “Even with all- time-low natural gas prices, the cost of energy has gone up. You have transmission and distribution and infrastructure you have to pay for. It’s aging and getting old and requires constant upgrades.”

Beyond political support, renewables are isolated from market forces by the structure of the electricity industry.

Most governments support clean energy either by offering feed-in tariffs — fixed prices for power fed into the grid — or by holding auctions to buy a certain amount of generating capacity. Once set, those contracts can’t be revised, meaning renewable power plants in operation now will probably continue to do so for years to come.

Jurisdictions buy renewables both to reduce pollution and as a hedge against rising costs for other fuels. Since wind and solar don’t require fuel, their costs can be charted for decades, offering stability that oil, gas and coal can’t provide.

“There is absolutely no guarantee that oil prices will continue at this level,” said Taro Saito, director of economic research at the NLI Research Institute in Tokyo. “So of course from the point of view of those who are pushing renewable energy, there is no reason to suddenly give up.”

Cheaper oil doesn’t have a straightforward impact on the political debate, said Alden Meyer, who follows climate policy for Washington-based Union of Concerned Scientists, said in an interview in Lima.

“It lessens the argument that there are going to be huge costs in the transition to cleaner energy,” Meyer said. “We’re actually starting into that transition, and it has reduced costs.”