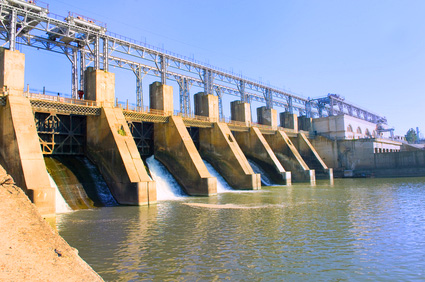 “We are refurbishing the reservoir so that it can operate for another 50 years or more as Canada’s largest and most flexible energy storage facility,” said Mike Martelli, OPG’s President Renewable Energy and Power Marketing, in a June 3 statement. “The value of the PGS is that it uses electricity in off-peak periods to pump water into the reservoir so that the water can be used to generate emission-free power when electricity demand is high.”

“I’m proud of OPG’s facilities here in Niagara,” said Bob Delaney, Ontario’s Parliamentary Assistant to the Minister of Energy. “They are the province’s largest producer of renewable energy and continue to play an important role in fighting climate change.”

Sir Adam Beck I generating station has served Ontario since 1921. Sir Adam Beck II opened in 1954. Both stations have been upgraded over the years, and along with the Pump Generating Station have a combined capacity of over 2,100 MW.

The PGS was built in 1957 and can fight climate change by displacing up to 600 MW of fossil fuel generation for up to eight hours, the utility noted. Water in the reservoir is used at the pump generating station and again at the Beck station to generate clean electricity.

The total investment, including several years of planning to prepare for the project, is about C$60 million.

“We’re excited to have won the competitive contract to refurbish the reservoir at the Pump Generating Station,” said Rankin Construction President Brian Rankin. “We’re a local company and this work will ensure good jobs in the Niagara Region.” At peak, over 100 workers will be employed on the project.

The rehabilitation work is expected to be completed this coming winter.