Take a moment to think about where your electricity comes from and what comes to mind? Perhaps natural gas pipelines and railcars filled with coal — or maybe solar farms spread across acres of land. Adding to this mix is a newcomer to the field. With advancements in technologies, Americans will soon be able to tap into energy derived from the ocean. 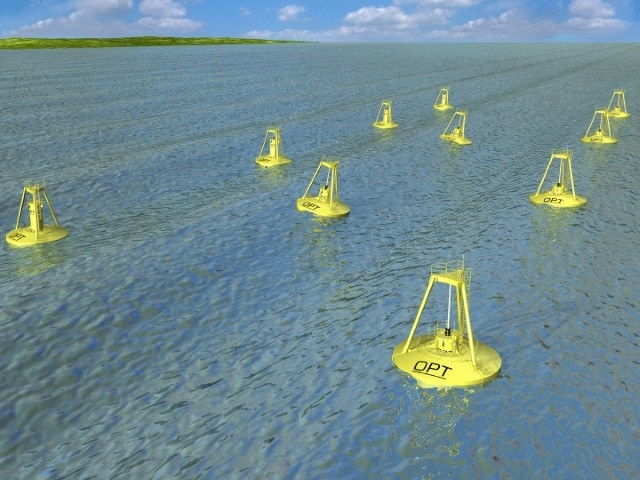 Marine and hydrokinetic (MHK) technologies — which generate power from waves, tides or currents in ocean waters — are at an early but promising stage of development. Many coastal areas in the United States have strong wave and tidal resources close to areas with high-energy demand. With widespread deployment, these technologies could make substantial contributions to our nation’s electricity needs.

With funding and technical assistance from the Energy Department and landmark permits issued in 2012 by the Federal Energy Regulatory Commission (FERC), four U.S. companies are putting wave and tidal energy projects in the water that will generate clean electricity for thousands of homes and pave the way for continued industry growth. 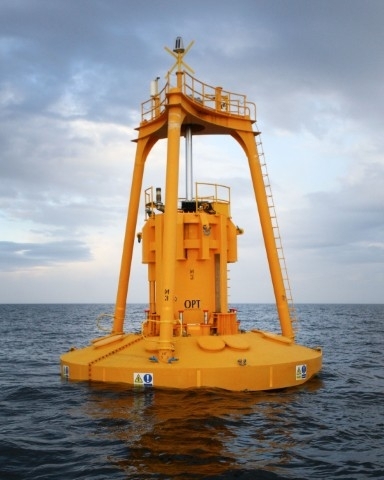 Ocean Power Technologies (OPT), a New Jersey company, is preparing to deploy its wave energy device off the coast of Oregon this spring. OPT received Energy Department support to develop and refine its PB150, a computer-equipped buoy more than 100 feet long. The buoy captures energy by bobbing up and down as waves pass by. FERC gave OPT approval on Aug. 20 to build a grid-connected 1.5-megawatt wave power farm off the Oregon coast, making it the first wave power station permitted in the United States.

Meanwhile, another MHK developer called Columbia Power Technologies (CPT) recently designed a new wave energy device called “StingRay.” A patent application has been filed for the innovation, and testing of a physical model in a wave tank has been completed. Data produced during testing verified that initial performance predictions from computational models were correct and that the new design results in a much more efficient device. 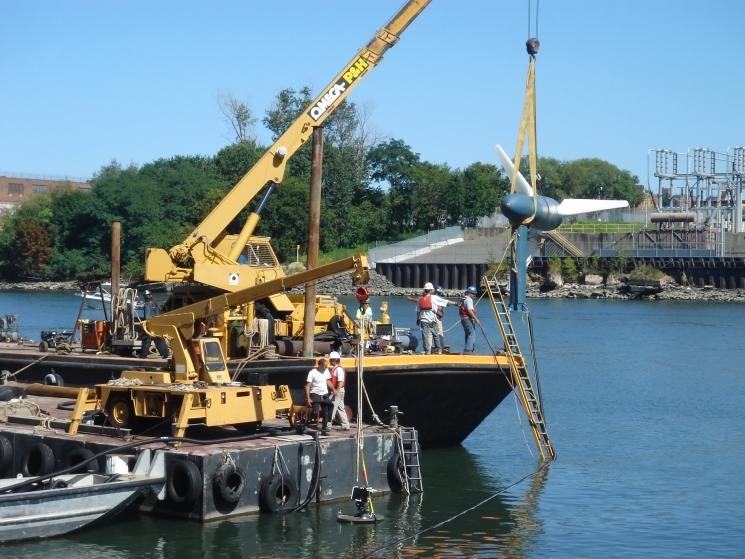 Off the Coast of Manhattan: Verdant Power

Verdant Power recently finished the latest round of component testing for its Roosevelt Island Tidal Energy (RITE) Project, a planned array of thirty, 35-kilowatt (kW) commercial class tidal energy turbines — for a total of 1,050 kW, or about 1 megawatt of total capacity — to be installed in stages in New York City’s East River. RITE was the first commercial tidal power project to be approved by FERC in the United States. The company plans to place its first turbines into the East River in 2014 and complete installation by 2015.

Last August, Northwest Energy Innovations (NWEI) was the first company to test its technology, a scaled model of its wave energy conversion device, at the Northwest National Marine Renewable Energy Center’s new public wave energy testing platform off the coast of Oregon. The results of those tests will enable NWEI to optimize the device and inform development of a commercial-scale device.

NWEI received a grant from the Energy Department to support the Oregon tests and to conduct grid-connected testing on its device at the Navy’s Wave Energy Testing Site in Hawaii.