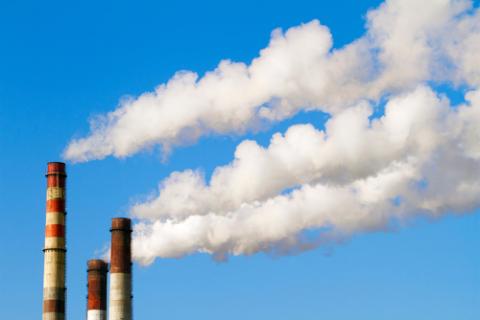 WASHINGTON, D.C. — The Obama administration is considering cutting greenhouse-gas emissions from power plants by reaching beyond the plants themselves — an unusual approach that could run afoul of anti-pollution laws.

People familiar with the discussions say the administration is seeking steep reductions — as much as 25 percent — that could be met if power plant owners expand renewable energy, improve the efficiency of their grids or encourage customers to use less power.

There’s disagreement even within the administration about what’s allowable under the Clean Air Act, the law that gives it the authority to curb emissions. Some administration attorneys are warning that the government could lose a legal challenge if it seeks to regulate beyond a plant’s smokestack, said the people, who spoke on the condition of anonymity because the rule is still being written.

The full mandate may be phased in over 15 years, as a way to soften the blow on utilities. The rules will probably draw fierce resistance from coal companies and their allies in Congress who warn of higher electricity prices and lost jobs.

“My gut tells me they’re going to go down the path of desirability and not reliability, of what they’d like to see in a perfect world,” said Senator Joe Manchin, a West Virginia Democrat allied with the coal industry. “That’s fine but we’re not there.”

A White House official who requested anonymity says a final decision hasn’t been made.

“I’m sure there will be plenty of speculation between now and when the rule is released, but until that point, that’s all it is — speculation,” said Thomas Reynolds, an EPA spokesman.

According to two people familiar with the discussions, the administration is considering an approach that would require a cut of 25 percent in emissions in two stages. In the five years starting in 2019, only limited reductions at the plants would be mandated. Deeper cuts would required from 2024 to 2029 to reach 25 percent, one of the people said.

Power plants account for about 40 percent of the 2.2 billion tons of carbon dioxide released in the U.S. each year. The rules, which are scheduled to be released by the Environmental Protection Agency on June 2, are eagerly anticipated by environmental groups pressing President Barack Obama to make good on a pledge to take bold steps to reduce the risks of climate change.

Addressing climate change has become a priority for him as he heads into his final 2 1/2 years in office and wants strong action on the issue to be part of his legacy. With Congress unlikely to act, the rules on carbon-dioxide emissions promise to be the backbone of U.S. action on global warming for years to come. Obama may even unveil the power plant rules himself.

The proposal is still under review at the White House, and could change before it’s released. It’s also not clear what year the agency is using for a baseline, which is key to determining how deep the cuts will really be.

The complicated legal question boils down to whether the carbon limits should be based on what the power plants can meet by running more efficiently, or rely on external measures — known as “going outside the fence.”

A tune-up of old coal plants would fall short of the level of reductions environmental groups say is necessary.

“With all of the attention Obama is drawing to this rule, we would be surprised if the emission reductions were only 3 to 5 percent,” said Kyle Aarons, a senior fellow at the Center for Climate and Energy Solutions. Aarons said he didn’t know what was in EPA’s proposal.

The rules could achieve steeper cuts at a lower cost if the targets are based on a more holistic view of an electrical system — the operating generating units, power lines, opportunities for renewable energy, and even reductions in use by customers. That may also raise more legal risk, however.

“EPA would face significant litigation risk if it set an emissions guideline based on ‘outside the fence’ reductions occurring beyond the boiler room,” said Joseph Stanko, a partner at Hunton & Williams LLP, a Richmond, Virginia-based firm that represents companies including Southern Co.

The Natural Resources Defense Council, a New York-based environmental group, has pushed for that systemic approach, saying utilities could cut their emissions by as much as 30 percent by 2020. That group argued in an October 2013 analysis that the EPA used a system-based approach under the same part of the law, Section 111, when it imposed pollution limits on municipal waste incinerators in the 1990s, and so is on firm legal footing to do so now.

“The heart of 111 is the standard of performance,” said Kate Konschnik, director of the Harvard Environmental Policy Center, who wrote a brief defending the use of a broad approach. “Nowhere in that definition is it source specific.”

Recent federal court decisions also indicate that EPA will get leeway in developing its standards: “They are not going to be second guessed,” she said.

Taking a broader view of what’s achievable may be necessary because there isn’t any commercially viable technology to take carbon dioxide out of the smokestack of existing plants.

And a 25 percent cut over 15 years isn’t an outrageous reach. By comparison, with no rules in place, emissions from power plants fell 16 percent from 2005 to 2012, as the recession and a surge in the use of natural gas cut the use of coal for generation, according to EPA data.

Administration officials including EPA Administrator Gina McCarthy have stressed the rule will be flexible, giving states wide latitude to tailor programs to meet climate goals without jeopardizing the economy.

“We are going to show you that we were listening,” McCarthy said May 13 at a Association of Climate Change Officers event in Washington, according to Bloomberg BNA. “We are going to show you that you can get significant reductions from the energy sector in a way that’s going to continue to provide reliable and cost-effective electricity, that is going to be continuing our quest to address the issue of climate change and that recognizes that we’re all in this together.”