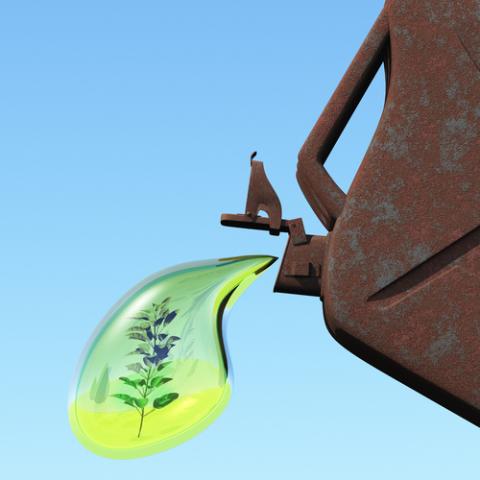 WASHINGTON, D.C. — In the arid Imperial Valley of California, Tim Brummels is trying to turn an agricultural cousin of sugarcane into low-carbon ethanol.

It’s the kind of climate-friendly project supporters have pined for since Congress in 2005 ordered refiners to use more renewable fuel. Even so, Brummels’ company — Canergy LLC — is being stymied by an unlikely culprit: the Obama administration.

The Environmental Protection Agency is eight months past the deadline for issuing its mandate of how much ethanol, biodiesel and other petroleum alternatives must be blended into motor fuels this year, leaving investors wary about the government’s commitment to the program. At the same time, cuts EPA proposed last year, and a surprise regulatory rewrite last month, may undercut demand for Canergy’s ethanol.

“Right now the technology works. It’s the regulatory barriers that are holding it back,” Brummels, the chief executive officer, said in an interview after a meeting with the administration to discuss his complaints.

The EPA is preparing to send its mandate to the Office of Management and Budget for final review as soon as this week. That will kick off the last-ditch lobbying campaign on the 2014 requirements, which were due by the end of November 2013.

Signed by President George W. Bush, the law was designed to boost gasoline alternatives by forcing refiners to add specified amounts of biofuels each year to motor fuels. It requires increasing amounts each year and gives the EPA authority to make adjustments in the event of supply shortfalls.

The agency has missed the deadline for issuing the requirements in each of the past three years. Refiners such as Valero Energy Corp. and Tesoro Corp. have had to guess what will be required for 2014 — and may have to make rapid adjustments in the final months of the year if they guessed wrong.

“The EPA shares the goal of getting back on the statutory timeline,” said Ben Hengst, associate director of the EPA’s transportation and air office. “But doing this on an annual basis is a big challenge.”

President Barack Obama’s administration also faces conflicting pressures, with oil lobbyists jockeying with makers of alternative fuels to bend the guidelines in their favor. Production of cellulosic fuels such as those derived from cornstalks and switchgrass have also failed to live up to the promise.

The most recent delay comes as alternative fuel companies such as Canergy, Royal DSM NV and a joint venture of BP Plc and DuPont Co. say they are finally ready for market. Those companies say the EPA’s management of the Renewable Fuels Standard, or RFS, has created turmoil.

“When I talk to investors, one of the first questions I am asked is, ‘What’s going to happen to the RFS?’ ” said Rebecca Boudreaux, president of Oberon Fuels, a company making an alternative to diesel from natural gas.

“People are wary that if you build it, they may not come, because they aren’t obligated to consume that amount of fuel,” said John May, a managing director at Stern Brothers & Co. who does investment banking for renewable energy companies.

Corn-based ethanol is booming despite proposed EPA cuts, in part because corn prices have fallen due to a record crop last year and good forecasts for 2014.

“It really hasn’t affected corn-based ethanol much, if at all,” Scott Irwin, a professor of agricultural economics at the University of Illinois at Urbana-Champaign, said in an interview. “The real losers, despite the headlines, are advanced biofuels and biodiesel.”

Corn ethanol faces its own pressures from critics who say it’s bad for the environment and consumers. The Environmental Working Group said EPA isn’t taking into account the full climate hit from producing a gallon of that fuel.

There’s no divide between the corn ethanol industry and the rest of the renewable fuels producers, as many companies produce several types of fuel, said Bob Dinneen, president of the Renewable Fuels Association.

The EPA says it’s working to help establish the market for the advanced biofuels. “We are doing all we can right now to push forward these fuels,” the EPA’s Hengst said.

After meeting with White House adviser John Podesta July 24, Democratic Minnesota Senator Al Franken said the EPA would raise the mandates from what it had proposed.

Some outside lobbyists say the White House is looking to raise the requirements in part to boost the prospects of Democratic Representative Bruce Braley, who is in a tight race for the Senate in Iowa, the nation’s top corn producer.

“This is all politics at this point,” Bob Greco, head of the downstream group at the American Petroleum Institute in Washington, told reporters last month. “There’s no reason for this thing to go on as long as it has.”

After years of disappointment, not everyone making fuels beyond corn ethanol is losing.

In Iowa, DSM, a Dutch biotechnology company, and ethanol maker Poet LLC joined together to build a plant that makes cellulosic ethanol from corn waste. The plant, the first of its kind, is set to have its grand opening Sept. 3, and the company has invited Obama and some of his cabinet members to attend.

“Anybody at the facility that day will no longer be able to argue that it’s a phantom fuel,” said Hugh Welsh, DSM’s president for North America. “Once this technology is proved at a commercial scale, you will see a lot of people interested in it.”

Two other projects, one by Abengoa SA and another by Butamax Advanced Biofuels LLC, the BP and Dupont joint venture, are also opening so-called next-generation plants.

Lost in the shuffle are companies trying to get established with fuels made from sources other than corn or soybeans. They say that the government mandate is crucial to helping their products get on the market.

The delay in issuing standards “is hurting my guys the most, because my guys are looking for financing to build plants,” Michael McAdams, president of the Advanced Biofuels Association, said in an interview. “The guys Congress intended to bring into this have had the rug pulled out from under them.”

Canergy, which is backed in part by the agribusiness company CHS Inc., and has partnered with local farmers to plant energy cane in fields near the Mexican border. Energy cane is a perennial crop similar to sugarcane that was bred to have lower sugar content and more fiber, making it better for fuel use.

The outlook for its fuel was put in doubt on July 18 when the EPA issued details on what kinds of energy cane can qualify as cellulosic fuel. The guidelines left even researchers funded by the Department of Agriculture funded scratching their heads.

“I have no idea what their thinking is, and where they are getting their numbers,” said Donal Day, a professor at the sugar institute of Louisiana State University who has a USDA grant to help develop and spread the use of the crop. “This is a game they are playing, or they just don’t understand it.”

The agency said it’s reacting to conflicting requests from producers of energy cane, producers of competitive crops and refiners, who had requested tighter restrictions.

For Brummels, the confusion means he worries the cane varieties he purchased from LSU may no longer qualify.

“Who repays me for this misleading representation?” he said. “With uncertainty, who will finance this?”