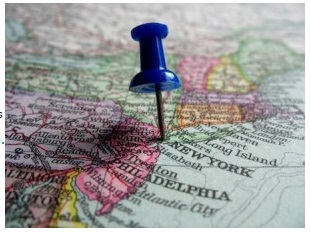 Like a new Broadway hit, the debut of the Empire State’s ambitious regulatory initiative, Reforming the Energy Vision (REV), has garnered much fanfare and intrigue. And, rightly so, considering its lofty objectives to transform the energy sector in the state by integrating high volumes of distributed energy resources (DERs) into the electric system, among other goals. A year and half following the REV’s launch, New York’s Public Service Commission (PSC) continues to pack a full house as stakeholders grapple with some weighty issues. Yet, certain issues have not been in the limelight, despite their critical importance achieving the ambitious REV agenda.

A March 17th order from PSC approving some modest changes to the state’s existing Standardized Interconnection Requirements (SIR) made few headlines. Nonetheless, the order represents an initial and important step to comply with recent REV orders that explicitly call for the streamlining of New York’s current interconnection approval processes to assist with the integration of DERs into system planning and operation.

Why does the SIR deserve a spotlight? Because interconnection is critical to New York’s REV goals and the state’s clean energy future. The state’s solar market is on the brink of massive growth. The NY-SUN Initiative received $1 billion in funding to support the installation of nearly 3 gigawatts of new solar capacity over the coming years. In addition, the state is looking to integrate a wide range of distributed energy resources, including energy storage and combined heat and power technologies, and nearly all of these resources will require interconnection to the electricity grid.

Unsurprisingly, New York’s utilities are projecting an increasingly high volume of interconnection applications in the next few years. Central Hudson, for example, predicts that the number of interconnection applications for all system sizes in its jurisdiction will jump by more than 250 percent between 2015 and 2017 alone. In addition, recent reports have demonstrated that utilities are struggling to keep up with the volume of applications they currently have, let alone what they are likely to see.

With such considerable growth on the horizon, the New York PSC has the critical task of reforming and refining the SIR to both better manage the higher volume of applications and to help ensure systems are sited in locations that help achieve REV goals, while keeping project costs down and maintaining grid safety and reliability. In other words, the SIR is a key actor in the country’s most watched grid modernization proceeding.

Fortunately, New York is in the position to learn from the experiences of other pioneering states that have encountered higher penetrations and higher volumes before it. Hawaii, California, Massachusetts, and North Carolina, for example, have recently faced backlogged interconnection queues because their standards were not able to keep up with the volume of applications. Responding to these challenges, the public service commissions in these four states took various steps to streamline their interconnection procedures, developing a suite of “best practices” for others to emulate and adopt.

Along these lines, New York has made some initial progress in its efforts to update the SIR. The commission increased the size of the systems covered under the SIR from two megawatts (MW) to five MW, thus ensuring more mid-size distributed energy systems will have access to a defined interconnection process. In addition, the PSC adopted a “pre-application report,” similar to the one adopted by the Federal Energy Regulatory Commission (FERC) and other states, which will allow interconnection customers to obtain more information about potential project locations and avoid problematic system locations where significant grid upgrades or a lengthy study may be required in advance of submitting a full application. This key tool will help ensure more strategic placement of distributed resources on the grid, while also preventing backlogs for other applicants.

Another key improvement is the adoption of a two-tier technical screening process for projects between 50 kilowatts (kW) and 5 MW that will enable the utilities to more efficiently determine whether certain projects require lengthy interconnection studies. Screening procedures like these, commonly known as “Fast Track” and “Supplemental Review” are increasingly standard across the United States, but this is the first time they will be used in New York. Pre-application reports combined with more sophisticated technical screens have notably enhanced the interconnection process in California, Hawaii, and Massachusetts, and IREC anticipates that their adoption in New York will help alleviate some interconnection congestion as penetrations increase.

In addition to adoption of these hallmark best practices, IREC is pleased to see that New York has also adopted rules to increase the certainty around payment and exposure to interconnection costs for customers. In particular, the PSC adopted a practice used in Massachusetts that protects interconnection customers from having to pay costs that exceed 25% of the original good faith estimate they were provided by the utility. California is currently considering adoption of a similar “cost envelope” and it will be interesting to see if it follows the lead of Massachusetts and New York.

Interconnection hurdles have been identified as one of the key barriers for energy storage systems in the United States and energy storage is a technology that is likely to be an indispensable tool in the achievement of the REV goals. In addition, following Hurricane Sandy, numerous efforts have emerged that seek to tackle the enhanced adoption of strategic solar and storage systems on the grid for emergency and resiliency functions in the event of future devastating events. The lack of a clear pathway to interconnect these systems with the grid is likely to be a key impediment to their adoption.

Thus, New York would be wise to follow the lead of California (as well as FERC) to proactively identify a clear and streamlined process for energy storage systems to connect to the grid. This will have the effect of creating a glide-path for more energy storage on the grid – which can help with the integration of higher penetrations distributed energy resources and renewables, among other grid benefits – while also giving potential energy customers the peace of mind that they’ll not be bogged down in costly and time-intensive procedures should they choose to invest in this widely beneficial technology.

IREC and other parties participating in the New York SIR proceeding identified a robust list of different changes to the interconnection process that warrant further consideration. These include transparency improvements, modernization of the study process, clarification of technical requirements and further alignment with the work being done on the REV Distributed System Implementation Plans (DSIP).

IREC hopes the Public Service Commission will continue to build upon the important progress it has made by engaging interested stakeholders through a scoping process that will identify the issues that warrant consideration and establish a timeline for addressing them. We recommend stakeholder workshops to encourage robust dialogue and consider additional lessons learned in other states, so more best practices may be incorporated into the SIR. In other states similar workshops have served as an important way to build party consensus.

In addition, a clear and explicit mission for the technical working group established by the commission, as well as the working group’s composition and the manner in which it would convey its results, will help maximize the value and outcomes of the group’s efforts. The issues at hand are critical for the success of REV and should be supported by a robust record that demonstrates consideration of appropriate research and experience from experts and other states.

Taking these steps, among others, will help New York develop interconnection standards that not only meet, but exceed, current national best practices and enable New York to realize its full potential as a clean energy leader and superstar.

Sky Stanfield is Senior Special Counsel for Shute, Mihaly, Weinberger, attorneys for IREC. She regularly works on the development and refinement of state and federally regulated interconnection standards.