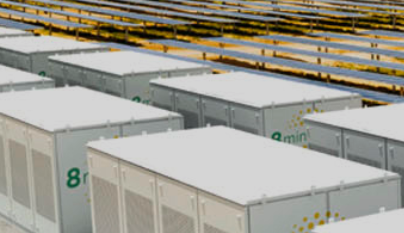 8minute Solar Energy, NV Energy and the Moapa Band of Paiutes announced that NV Energy selected 8minute to develop the largest solar plus storage project ever built in Nevada and one of the largest in the world.

The Southern Bighorn Solar & Storage Center will include a 475-MW-dc (300-MW-ac) solar array with 540 MWh of Li-Ion battery energy storage and will be built in Clark County on the Moapa River Indian Reservation about 30 miles north of Las Vegas. Southern Bighorn’s power will be fully dispatchable; able to provide power throughout the day and evening peak times.

The enormous project will be built on non-agricultural land using environmentally sensitive construction near a retired coal plant.  When complete, it will be the fourth solar project developed on the Moapa River Indian Reservation. The Moapa Band of Paiutes will host over 1 gigawatt of solar on their 72,000-acre reservation once the project is complete.

Subject to final approval by the Public Utilities Commission of Nevada, the project will commence construction in mid-2022, and be operational by the end of 2023.

During the most valuable summer peaking hours, 8minute has engineered the combined solar + storage facility to produce at a capacity factor of more than 65%.  The project’s development and construction is also expected to create well over 600 jobs on the Moapa Indian River Reservation within Clark County.

“Southern Bighorn will deliver clean power at an average price (including Time of Delivery Adjustments) of about $35 per MWh, which is below the cost of fossil fuel-based generation.   For a solar PV plant, incorporating a 540MWh Li-Ion battery system, this is truly industry leading,” said Tom Buttgenbach, President and CEO, 8minute Solar Energy.