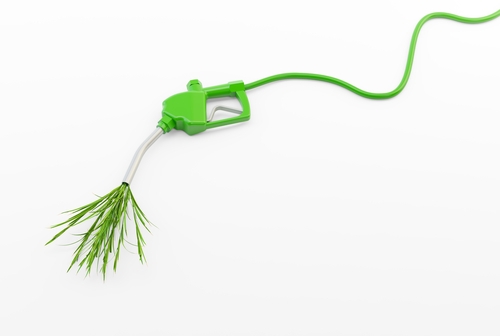 SAO PAULO — Novozymes A/S, the world’s biggest maker of enzymes used in laundry soap, may get 90 percent of its revenue from biofuel makers by 2030 if more governments start promoting renewable energy, the company’s next CEO said.

The company currently gets about 16 percent of its revenue from biofuels and less than 1 percent from enzymes for cellulosic-ethanol plants, which turn waste and inedible crops into sugary liquids for fuel, according to Peder Holk Nielsen, who becomes chief executive officer on April 1.

“If the world really wants to secure a significant part of its liquid-fuel consumption based on biomass, this would totally transform the enzyme business,” Holk Nielsen said in an interview. “This would revolutionize the company.”

It’s the most detailed remarks from Holk Nielsen about Novozymes’ strategy since Jan. 21 when he was named to replace Steen Riisgaard as CEO.

Sales will increase in the next few years as more cellulosic-ethanol plants begin operating and will accelerate if more governments push distributors to start mixing the fuel with their gasoline, Holk Nielsen said. Producing biofuel from crop waste is still experimental and may already rival fossil fuels on price in some countries such as Brazil.

Novozymes, based in Bagsvaerd, Denmark, had 11.2 billion Danish kronor ($2 billion) in revenue last year, with 78 percent of that coming from enzymes sales to makers of household care products, corn ethanol and food and beverages, the company said in a Jan. 21 statement.

While many countries require fuel distributors to blend biofuel made from food crops such as wheat, corn and sugar-cane, few have policies in place to promote the production of fuel from their residues, said Alejandro Zamorano Cadavid, an analyst at New Energy Finance in New York.

“Governments are reluctant to mandate blending of cellulosic biofuels because of high production costs,” he said. “It is likely that only countries with strong institutions capable of overseeing fuel markets will be inclined to set in motion a volumetric mandate that supports cellulosic biofuel production.”

The U.S. has an annual quota calling for blending of 12.5 billion liters (3.3 billion gallons) of so-called advanced biofuel which includes cellulosic ethanol, said Aleksandra Rybczynska, an analyst at New Energy Finance in London.

The European Union allows biofuels derived from non-food raw materials to count twice toward fuel distributors’ blending requirements. China is considering its own quota for the fuel.

The enzymes necessary to break down cellulosic raw material cost about 30 cents for each gallon of ethanol produced, 10 times more than those used to process corn starch, Holk Nielsen said.

While enzyme costs will fall in time, most of the gains in competitiveness with fossil fuels will come from farmers developing more efficient processes of collecting biomass from their fields, according to the 56-year old who currently serves as an executive vice president leading Novozymes’s enzyme business. It costs about $2 to produce a gallon of cellulosic ethanol in some countries where biomass is abundant.

“Cellulosic ethanol could be a total game-changer” for enzyme companies, he said. “Two dollars a gallon is not the end of the story at all. It’s just where we are right now.”