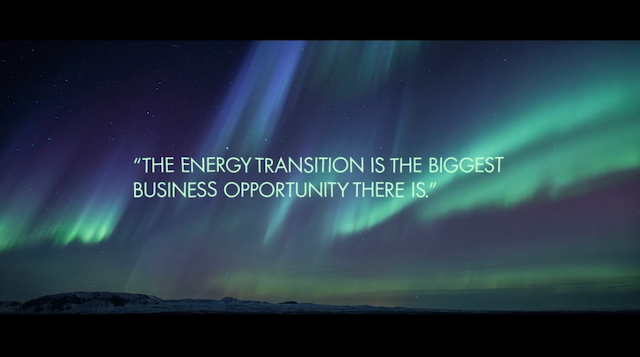 Freyr AS, a startup planning to build one of Europe’s first battery gigafactories in Norway, has a bigger vision for the region: a “Nordic Battery Belt.”

The Norwegian company is still gathering approvals, technology licenses and funding for its initial, 40 billion-krone ($4.5 billion) project in northern Norway. But it already sees the scope for as many as four more factories in its home country, and said battery producers could develop at least twice as many across the Nordic region, home to plenty of empty space and clean energy, within the next two to three decades.

“Our dream would be raw materials coming from Finland, technology from Sweden and renewable power from Norway,” said Freyr Chairman Torstein Dale Sjotveit, an industry veteran who spent most of his career at aluminum producer Norsk Hydro ASA. “We’d build at least 10 factories across the Nordic Battery Belt.”

Freyr is following in the footsteps of NorthVolt AB, which raised $1 billion earlier this year from investors including Volkswagen AG and Goldman Sachs Group Inc. to build a gigafactory for lithium-ion battery cells in northern Sweden.

NorthVolt and Freyr are seeking to capitalize on a European push to set up domestic production of batteries so the continent’s car-makers won’t continue to depend on imports from Asia at a time where demand for electric vehicles is expected to grow exponentially.

The Norwegian startup still has hurdles to clear to catch up with its Swedish counterpart.

Freyr is confident in getting approval to build its factory in the Rana municipality, but is still working to win over local authorities, and reindeer herders, before submitting a bid to build a 600-megawatt wind farm on a nearby mountain. The power project, accounting for 5 billion kroner of the investments, would be more than twice as big as any existing wind park in Norway.

The company also plans to rely on local hydro-power, but says it can cut its energy cost by 24% if it’s able to build the wind park.

Freyr also plans to acquire the rights to an existing battery technology and get customer commitments for “substantial volume” and long-term contracts. Then it can move on to raise 16 billion to 18 billion kroner by the beginning of 2021 in order to start construction on the project’s first phase, representing half of the 32 gigawatt hour factory. Between 50% and 70% of the capital will be debt, and the rest equity, Sjotveit said. Production would start in 2023.

NorthVolt’s capital raise, which also included BMW AG and the European Investment Bank, gives an indication of the sort of investors that can be expected to take interest, Freyr’s chairman said. In addition, Freyr hopes to attract Norwegian industrial and energy companies and utilities, he said.

Norway’s state-controlled oil giant Equinor ASA has vowed to raise investments in alternative energy solutions to as much as 20% of its capital spending by 2030, and has established a $200 million venture-capital fund to invest in renewable energy.

In the meantime, Freyr is relying on a 7.25 million-euro ($8.1 million) investment by EIT InnoEnergy, which also put money early on in NorthVolt. It will seek to raise as much as 25 million euros more within the next 12 months.

Freyr is in talks with as many as five investors for this last tranche of seed capital, Sjotveit said, declining to name them.

The ability to store renewable energy and use it at a later time is key to galvanizing the energy transition.  Because of this, the topic plays prominently in Clarion Energy’s Power & Energy Series: 12 events across the globe all focused on energy. Register today for: