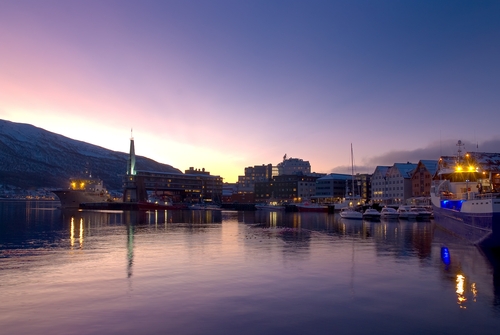 HELSINKI — Norway needs new power cables to allow it to double installed capacity in its hydropower plants, Europe’s largest, and boost electricity exports to the region, according to Statkraft SF.

Installing more turbines would allow Norway to increase output from its water reservoirs at times of higher-than-usual demand, Christian Rynning-Toennesen, chief executive officer of Norway’s biggest power producer, said Jan. 11 by e-mail from Oslo. The Nordic nation needs to build links to Germany and the U.K. to make the investments viable, he said.

Norway, which gets 99 percent of its electricity by running water through turbines, last year boosted power exports to a record. Increased shipments may help Germany, the region’s biggest market, to avoid jumps in prices as it seeks to increase generation from wind turbines and solar plants that is subject to fickle weather conditions.

“Insufficient grid capacity is the challenge, not the cost of installing more hydropower turbine capacity,” Rynning- Toennesen said. “The available amount of water will remain the same, so we won’t produce higher power volumes in absolute terms, but we’ll generate more electricity in periods of high demand.”

The Nordic nation produced a record 146 terawatt-hours of electricity last year and exported 18 terawatt-hours, the highest in 12 years, Energy Norway, the country’s power industry association, said on Jan. 9. Exports were enough to meet almost 12 days of average consumption in Germany, Europe’s biggest economy, according to data from the Bundesverband der Energie- und Wasserwirtschaft, a utility lobby.

It is viable to increase production capability at Statkraft’s 142 hydropower plants with a current installed capacity of 10,574 megawatts over the next 10 to 20 years, according to the company, Rynning-Toennesen said.

Pumped storage plants use low-cost off-peak electricity to ship water from a lower reservoir to a higher elevation, releasing it for production during periods of high power demand, resulting in bigger income for the generator.

“When the wind blows on the North Sea we can use cheap electricity to pump the water back up again, and save it until there is greater demand for it,” Rynning-Toennesen said.

Chancellor Angela Merkel’s government is replacing 17 reactors that supplied about a fifth of Germany’s power with solar, wind and coal capacity following the 2011 nuclear disaster in Fukushima, Japan. Germany is also trying to meet a European Union target to get 35 percent of its energy from renewable sources by 2020, from 23 percent last year.

“I see a win-win situation for both countries really, since Norway could save its reservoirs by importing electricity from renewables in Germany at times when they cannot be fully consumed, and export the energy back to Germany when there is no wind,” Carsten Rolle, executive director at the Federation of German Industries, said on Jan. 11 by e-mail from Berlin.