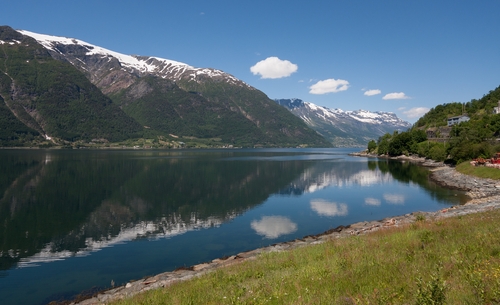 Hydropower investors are ready to build new plants and upgrade existing stations, adding at least 15 terawatt-hours of annual output to Norway’s average 130 terawatt-hours over the next eight years, a survey published today by the Oslo-based Center for International Climate and Environmental Research, Cicero, showed.

According to an agreement with the EU, Norway must step up the share of renewable energy in gross final energy consumption to 67.5 percent by 2020, an increase of 6.4 percentage points from 2010. Meanwhile, Norway and Sweden plan to boost annual renewable power production by 13.2 terawatt-hours each by 2020, using electricity certificate subsidies tradeable in both countries.

Altogether, hydropower developers have identified a potential for raising annual output by as much as 20 terawatt- hours, the survey showed. “However, they may underestimate the complexity and costs related to winning licensing from Norway’s water resources and energy directorate. I think 10 to 12 terawatt hours is more realistic, when accounting for limiting factors such as access to financing and power grids,” Linnerud said.

The Nordic country gets 99 percent of its electricity consumption by running water through turbines. Increases in power production are subject to permits from Norway’s Water Resources and Energy Directorate.