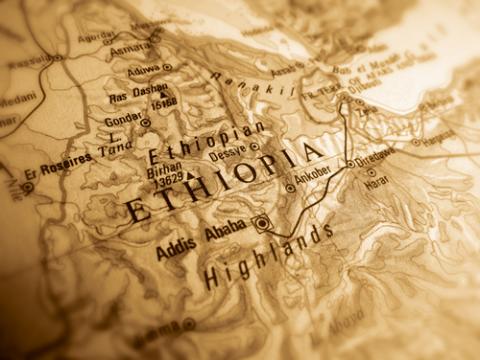 Addis Ababa, Ethiopia — Ethiopia rejected a proposal that would guarantee Egypt the rights to most of the Nile River’s water, as disagreements cast doubt over future talks about Africa’s biggest hydropower project.

The 6,000-megawatt Grand Ethiopian Renaissance Dam on Ethiopia’s Blue Nile River, set to be completed in 2017, has raised concern in Cairo that it will reduce the flow of the Nile, which provides almost all of Egypt’s water. The Blue Nile is the main tributary of the Nile.

The $4.2 billion dam 30 kilometers (19 miles) from Sudan’s border will benefit agricultural and powerinterests in the region and not cause water losses downstream, Ethiopia says. Sudan supports thehydropower project designed to produce electricity for much of East Africa that began in April 2011.

Egyptian officials at a Jan. 4-Jan. 5 meeting that also included representatives from Sudan, introduced a “principles of confidence-building” document asking Ethiopia to “respect” Sudan and Egypt’s water security, said Fekahmed Negash, the head of the Ethiopian Water and Energy Ministry’s Boundary and Transboundary Rivers Affairs Directorate. Discussing the issue would contravene an agreement signed by six Nile countries, he said in a phone interview on Jan. 6.

“We will not negotiate on this issue with any country,” Fekahmed said from Ethiopia’s capital, Addis Ababa. “That is why we say take it to the right platform” that includes other members of the Nile Basin, he said.

Egypt argues its 1959 agreement with Sudan that gave Egypt the rights to 55.5 billion cubic meters out of a total of 84 billion cubic meters is the governing document on the Nile’s water. The rest of the river’s flow was for Sudan or lost to evaporation. Ethiopia and other upstream nations reject the accord they were not signatories to and say Egypt’s domination of the Nile has unfairly deprived them of a vital resource.

Ethiopia also rejected an Egyptian suggestion to immediately form a panel of neutral experts to adjudicate any disputes arising from planned studies of the dam’s hydrological and environmental impact, Ethiopian Water and Energy Minister Alemayehu Tegenu said. Experts can be hired if they’re needed, he said in an interview Jan. 5 in Khartoum.

“We have exhausted all opportunities to negotiate with Ethiopia because of the intransigence of Addis Ababa,” Abdel- Moteleb said.

Egypt, Ethiopia and Sudan decided on Dec. 9 to form a committee comprising four members from each country to oversee the studies. The initiative was recommended by a panel of international experts who concluded in May that insufficient work had been done on the dam’s downstream impact while the reservoir is filled and during operation.

Ethiopia has repeatedly refused Egyptian requests to pause construction of a key national project. “There is nothing that will stop it,” Gideon Asfaw, head of Ethiopia’s technical team in Khartoum, said about the dam.

Egypt “has escalatory steps to assert our historic rights to the Nile waters,” Abdel-Moteleb was quoted as saying, without elaborating.

A Cooperative Framework Agreement has been signed by Ethiopia and five other Nile nations that adopts principles of “equitable and reasonable” use of waters that do not cause “significant harm” to other states. Once ratified by six legislatures, the accord paves the way for the creation of a Nile RiverBasin Commission that will manage water rights and development projects on the Nile.

Egypt considers preserving its claimed rights to the Nile a matter of national security and says it needs more than its 1959 share because of its growing population. In June, in a televised meeting with former President Mohamed Mursi, Egyptian opposition politicians discussed tactics to prevent Ethiopia finishing the dam, including the use of force.

“We need 80 billion cubic meters,” Abdel-Moteleb said. “We will not let go of one drop of water.”