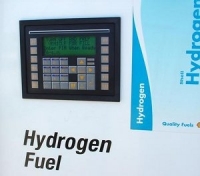 Washington, D.C., United States [RenewableEnergyWorld.com] The National Hydrogen Association (NHA) has released a new report titled “Energy Evolution: An Analysis of Alternative Vehicles and Fuels to 2100”. The report shows a scenario that initially includes a mix of alternative vehicles, and is later dominated by hydrogen fuel cell electric vehicles. According to NHA, reaching the target scenario would help to cut U.S. greenhouse gas pollution by 80% below 1990 levels, reach petroleum quasi-independence by mid-century and eliminate nearly all controllable air pollution by the end of the century. The report also shows that an expansion of hydrogen stations is more affordable than most people think.

“Quite honestly, the results surprised even us, but the data speak for themselves. They show quantitatively why it is absolutely critical that we continue significant efforts make hydrogen vehicles and stations more widely available to consumers,” said Jeff Serfass, president of the National Hydrogen Association.

The task force assumed success for the various alternative vehicle technologies and fuels, including advancements in batteries, commercialization of non-corn biofuels, “greening” of the electric grid and increased efficiencies in conventional combustion engines. These assumptions were made to fairly compare the hydrogen vehicle scenario to fully mature alternative technologies.

To obtain a copy of the full report or the four-page brief, click here.

A task force of experts conducted the “Energy Evolution” analysis under the leadership of Xcel Energy’s Frank Novacheck, with significant input from H2Gen Innovation’s Dr. Sandy Thomas. To verify the objectivity of the methods and conclusions, experts from organizations such as the U.S Department of Energy, the National Renewable Energy Laboratory and U.S. Fuel Cell Council have reviewed the report.