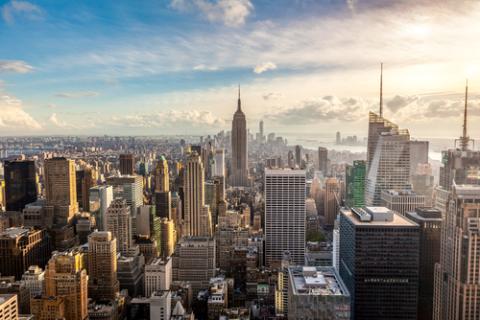 NEW YORK — American Vanadium Corp., owner of the only known U.S. deposit of the metal, agreed to install an energy storage system designed to reduce power costs for the agency that operates New York’s subways and buses.

The $1.2 million project will feature three vanadium-flow batteries at a Metropolitan Transportation Authority building in downtown Manhattan, the Vancouver-based company said today in a statement.

The system is expected to validate the company’s technology as a way to cut utility bills. The MTA plans to charge the batteries at night when power is cheap and discharge them when energy is more expensive, said Bill Radvak, American Vanadium’s chief executive officer.

“The MTA wants it there as they are big believers in energy storage,” Radvak said in an interview. “This is a very high profile site that will stimulate the market.” American Vanadium is paying about $700,000 and the New York State Energy Research and Development Authority will pay another $500,000.

Demand for power storage is growing, driven in part by wider use of battery systems to complement rooftop solar-power projects and electric vehicles. Tesla Motors Inc. on Feb. 26 announced plans for a $5 billion factory to cut the cost and increase the supply of batteries for both homes and its electric cars. California regulators in October ordered the state’s utilities to buy 1,325 megawatts of energy storage by 2020.

The batteries are capable of storing 130 kilowatt-hours each. They are produced by DMG Mori Seiki AG’s Gildemeister unit, which has installed 50 of the systems under the brand name CellCube, Radvak said.

The CellCube batteries use vanadium dissolved in sulfuric acid. Unlike standard lead-acid batteries or the lithium-ion units used by Tesla, they can be recharged and discharged indefinitely and may last as long as 20 years, Radvak said.

“The system excels at multiple hours of energy for long- duration requirements,” he said. “It’s also very safe. It can’t light on fire. The difficulty has been commercializing it.”

American Vanadium intends to mine ore in Nevada and expects to receive an environmental permit from the U.S. Bureau of Land Management this year, Radvak said. It has a supply deal with Gildemeister and an agreement to market the batteries in North America.