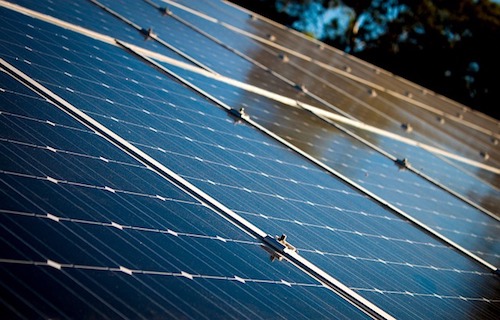 New York’s Governor Andrew M. Cuomo has ambitious goals for renewable energy and energy storage. In his state of the state address this year, he announced the he wanted 1.5 GW of energy storage on the grid by 2025 and in June NYSERDA and the Department of Public Service, developed the New York State Energy Storage Roadmap to identify the best path toward the 2025 target. This week Cuomo is putting some money behind the goal, announcing that $40 million will be made available to support solar projects that integrate energy storage.

The $40 million will be administered by the NY-Sun program and the funding will be made available starting next month for the development of solar-plus-storage projects.

The money represents the first storage incentive funds made available since the release of the New York State Energy Storage Roadmap in June.  By offering a new incentive for solar-plus-storage projects for the commercial and industrial sectors, including community solar, the storage component will ensure that renewable energy is shifted to times of highest customer usage, such as afternoon hours on summer days, according a press release by the governor’s office.

Paired solar and storage systems can deliver lower costs to consumers by taking advantage of expiring federal tax credits, combining the permitting and interconnection processes, and utilizing less space by co-locating on the same sites.

Richard Kauffman, Chair of Energy and Finance for New York Statesaid, “Energy storage will advance even more solar and other distributed energy resources across New York as it improves New York’s electric grid and increases the use of renewable electricity to power commercial and industrial businesses. Under Governor Cuomo, New York is building a clean energy economy by promoting innovative technologies under Reforming the Energy Vision and creating new business opportunities while lowering the costs of renewable energy and combatting climate change.”

Financing renewable energy is a topic of discussion at POWER-GEN International in Orlando, Florida this December in the “Show Me the Money” track. Check out the educational sessions here and be sure to register for the event today.