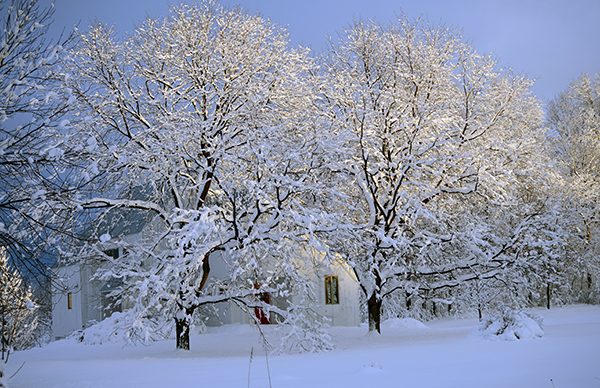 It seems counterintuitive, doesn’t it? If utilities are in the business of selling kilowatt-hours, then why would it make sense for them to help customers produce enough of their own kilowatt-hours that they don’t need to buy them from the utility anymore?

Burlington, VT-based Green Mountain Power is testing a new program that it hopes will result in dollar and carbon-emission savings for both customers and itself. It’s Off-Grid package includes an energy efficiency audit in partnership with Efficiency Vermont, a solar array, battery storage, home automation controls that allow customers to manage energy resources and usage, and a generator for backup that may be used for short periods of time if needed. In addition to producing their own clean energy, customers will have a flat monthly fee for their energy instead of the fluctuations they experience today.

Josh Castonguay, Chief Innovation Executive at GMP said that the company looked internally and asked itself what the GMP of the future would look like “as we decline other traditional sources of revenue [and start] moving toward a much more distributed generation world.”

According to Castonguay, GMP decided that offering an off-grid package could make more economic sense “for customers that might be either building or looking to build or something where they [would] have a long line extension that they would have to build to connect to the grid.”

Rather than a traditional off-grid installation where homeowners have to carefully monitor their energy usage and tend to rely heavily on fossil-fuel for heating, GMP thinks it can offer the same comforts of grid electricity to its off-grid customers by electrifying more of the load (for example the heating system) and charging them a flat monthly fee for 20 or 25 years. He estimated it would cost somewhere around $200 to 300 per month.

“You have to keep in mind for that amount you are also electrifying some load so ideally you are paying less for all the energy you use,” he said, adding “and the amount is what you pay for the rest of the life system. Your price of energy is fixed.”

Another reason the utility is able to offer this package is because of improved battery technology. GMP will be offering batteries from Aquion, Tesla, and Sonnen to customers, which Castonguay said are pretty much “maintenance free.”

“The days of the lead acid battery where you have to check water [are gone],” he said. “That’s what allowed this to be a little more feasible,” he added.

Better battery technology also means improved diagnostics and remote monitoring for both the customer and the utility.

“The customer gets to just see what is going on but certain things will come back [to GMP] for diagnostics. Ideally we know before the customer does if something is getting a little squirrely with the system,” said Castonguay.

Making Lemons out of Lemonade?

With net-metering challenges taking place in multiple states and energy storage prices dropping, utilities are in a race to figure out a solution to the dilemma of how to keep customers satisfied but still have enough money to pay for the grid.

Castonguay said distributed energy resources (DER) are “another business opportunity.” Because GMP is a regulated utility, when a customer pays for a system plus the maintenance there is a built-in margin.

“That revenue, that margin actually flows back to lowering the rates for all of our customers, which is a really important piece of why were are doing this,” he said.

GMP isn’t interested in fighting with its customers over issues like net-metering, solar and DER. “We just want to have other opportunities to give customers other choices and allow that to help us keep our rates down,” he said.

“This off-grid suite of products illustrates very well where energy is going and for us at GMP, we are not only part of the transformation, we are leading the revolution towards clean, affordable, local and highly reliable power,” said GMP President and CEO Mary Powell in a press release.

Castonguay said the utility is getting many different reactions to the new program from others in the industry. Some are praising them for their innovation and others are asking “’what the hell is wrong with you guys?’”

But it’s clear that big changes are taking place for utilities across the globe and something has to give.

“History is a good indicator,” said Castonguay. “Whether it is the mobile phone or file sharing, you aren’t going to change the customer’s will and the direction they want to go,” he said.

“Your best bet is to figure out solutions that are going to make their lives easier.”