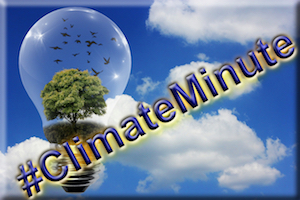 With the support of the International Solar Alliance, the African Development Bank’s Desert to Power solar initiative could provide electricity to 250 million people, with 90 million of these being on off-grid systems.

The African Development Bank and the International Solar Alliance have agreed to work together on financial mechanisms that will help drive 10 GW of solar deployments in Africa’s Sahel, an eco-climatic and biogeographic zone of transition between the Sahara and the Sudanian Savanna.

“This is an important milestone for the Bank in its efforts to lead the continent’s transformation towards sustainable energy, through the use of solar technologies, and in its bid to reach universal access to energy in Africa,” said Amadou Hott, Vice President, Power, Energy, Climate and Green Growth at the African Development Bank.

According to the United Nations Framework Convention on Climate Change, the bank and the alliance will support technical assistance and knowledge transfer for solar deployments in African countries.

Both institutions will also develop finance instruments for off-grid solar projects, as well as large-scale solar independent power producers for African countries that are members of the International Solar Alliance.

The partnership was sealed on the sidelines of the founding summit of the International Solar Alliance in New Delhi earlier in March. The summit was co-chaired by India’s Prime Minister Narendra Modi, and French President Emmanuel Macron. During the summit, Macron said that mobilization of public and private finance at scale was critical to growing global solar deployments.

The International Solar Alliance was launched at the Conference of Parties in 2015 when the Paris Agreement was signed. The alliance is a coalition of solar resource rich countries that will to address members’ special energy needs through a common and agreed approach. According to the UNFCC, 32 of the 60-member countries who have joined the alliance are from Africa.