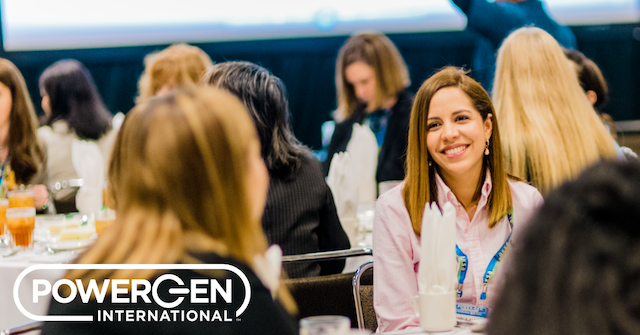 In recognition of the widely acknowledged, multiple studies that show that organizations with gender equality perform better financially, this year POWERGEN International, along with partner UL, is launching a new awards program that seeks out women of good character.

The Excellence in Character Awards (formerly, Woman of the Year Award) will be given to members of the power generation industry who have stepped up and taken the lead on an initiative, project, or other endeavor that is meaningful to them. Anyone identifying as a woman is eligible for an Excellence in Character award and energy industry members can nominate themselves or a colleague.

The nomination deadline has been extended to September 13.

When evaluating entries, the committee will be looking for specific examples of how the nominee has displayed excellence: how she acts with integrity, collaborates, and remains courageous and competitive either in her career, the company, or the greater industry as a whole.

Five women will be selected as recipients of the Excellence in Character award and those five will participate in a panel discussion at the Lunch for Better Balance during POWERGEN International.

The Lunch for Better Balance [formerly the Women in Power Luncheon] seeks to inspire men and women to continue to work toward a better-balanced industry. The lunch offers a place for networking, discussion and celebration of accomplishments.

The nomination form is here. Nominate a woman with excellent character today!