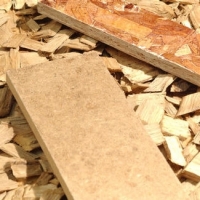 Vienna, Austria [RenewableEnergyWorld.com] A new method of producing high efficiency and easily available biofuels from wood, grass and plants could soon be available, according to researchers from the Max Planck Institute for Coal Research in Germany.

The new technology could help unlock the almost unlimited amount of energy stored in plants and in wood.

The researchers in Germany have devised what they say is a more effective method of breaking down the cellulose found in plants into sugar molecules, which can then be used to produce ethanol. The method uses an ionic liquid to first break down cellulose into shorter glucose chains, and then a solid acid resin to split those shorter chains into individual sugar molecules that can then be used for biofuels. The new approach could make for plentiful biofuels that don’t compete with food crops.

Even very-tough microcrystalline cellulose can be broken down into sugar molecules by using this approach, said lead researcher Ferdi Schüth of the Max Planck Institute in Mülheim.

“With this method, you can even use wood at the beginning of the process. That is why this approach really can be said to allow wood to be converted directly into sugar,” he said.

The sugar molecules obtained at the end of the process can be used in many different ways. For example, they can be fermented to produce ethanol. And because plant, wood and straw waste can be used to produce bioethanol and biodiesel, the new method does not compete with scarce corn or other food crops.

So far, breaking apart the linkages that hold sugar molecules together in cellulose in plants and wood has been very difficult, and as a result they have not been readily available for biofuels. At room temperature and without the addition of microorganisms, cellulose would take millions of years to decay. The strength of these cellulose chains also means that human beings are not able to digest plant fiber or wood. Only some animals such as cows have the bacteria needed to break down chains of cellulose into sugar molecules, and so turn grass into food and energy.

Up to now, conventional methods for converting cellulose to sugar have used acid baths or high temperatures and pressures that require massive amounts of energy. This new method, however, works by first dissolving cellulose in an ionic liquid so that the long chains are broken down into shorter, single stranded chains called oligomers. These ionic baths are organic salts that are liquid at room temperature; they are also capable of giving off H+ protons.

By adding water, the shorter cellulose chains can then be filtered out from the ionic solvent, which can be reused as a catalyst. To break down the glucose chains that have been separated out from the ionic solvent into individual sugar molecules, an additional step is needed, which means treatment with an enzyme. The process of converting cellulose into ever shorter chains is called depolymerization.

However, Schüth said the method still has a way to go before it is ready to be commercialized. One problem is that the ionic solvents are very expensive and so using this method in large-scale industrial processes is not yet economically effective.

The new method comes as researchers in Germany are stepping up their efforts to find innovative ways of tapping bioenergy sources to address growing concerns about the merits of using food crops or agricultural land for biofuels because of their impact on food prices and the environment.

Additional research areas include looking for breakthroughs in technology to turn wood into gas or other forms of energy, to use biomass for cooling, and to use old wood to prepare pellets.

The soaring price of oil and gas has made wood an increasingly attractive option.

The 14th Austrian Biomass Conference to be held in November in Grieskirchen is just one of the many conferences being held this year that aims to showcase innovative technologies and the new approaches that can be used to tap the energy in biomass.

“The biomass congress can be seen as a kaleidoscope for everything in biomass that can be turned into energy,” said Ernst Scheiber, the head of the Austrian Biomass Association, the organization that is hosting the conference.

More than 100,000 people are employed in the bioenergy branch in Germany alone and the sector’s turnover is expected to grow by 30 percent this year to €13 billion up from €10 billion in 2007. And as researchers find ever more innovative way to tap the almost limitless energy available in biomass, the bioenergy boom is sure to last.