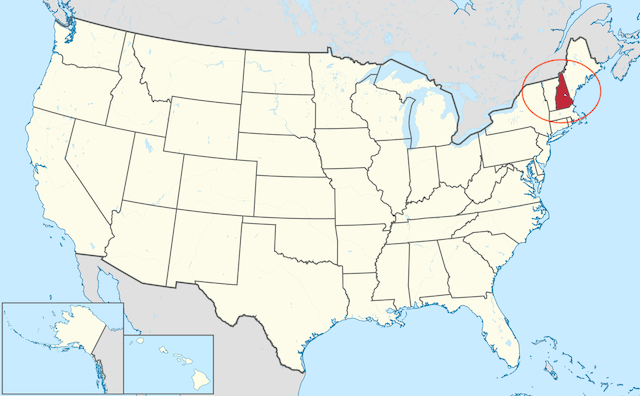 A bill advancing in the state Senate would create a group to study procurement of long-term renewable contracts.

New Hampshire is preparing to follow the lead of other New England states and create a system for procuring renewable energy on behalf of residents.

The New Hampshire Senate has scheduled a vote Thursday on a bill (SB167) to create a commission that would study how the state could acquire long-term contracts for renewable energy.

New Hampshire Democrats filed the legislation when they took over both chambers at the state Capitol this year. The Senate energy committee recently reported the bill out of committee.

“We want to advance a clean energy future for all Granite Staters, so we will see how that might work in our existing environment and regulatory scheme,” Sen. Dan Feltes, the bill’s prime sponsor, told the Energy News Network. “We’re also looking to reduce rates, so this commission will look at all of that.”

The commission would look at ways to set up a competitive bidding process for clean energy to supply New Hampshire, similar to the way southern New England states have over the past few years.

“In order to promote more diverse, reliable, and resilient electricity across New Hampshire, it is in the interest of all New Hampshire ratepayers to determine a cost-effective pathway toward creating new long-term contracts for renewable energy generation,” the proposed bill says.

Feltes downplayed any idea of entering into joint contracts with other states unless the commission recommends otherwise.

“New Hampshire has always done its own thing, so we’ll continue to explore innovative New Hampshire solutions to a clean energy future,” he said.

At a January hearing, Feltes said the commission is not designed to replace the renewable portfolio standard, adding that any recommendations should exist alongside the standard.

New Hampshire’s renewable portfolio standard escalates every year since it started in 2008. It is currently set at 19.7 percent for 2019 and tops out at 25.2 percent in 2025.

The commission would likely have its members in place by late July and would report its findings to the Legislature and Public Utilities Commission by Oct. 1, 2020.

Under the bill, the commission is charged with proposing legislation to begin the procurement process or recommend that the PUC open a proceeding to determine a competitive process and its timeline.

The commission would be composed of legislators, representatives of various state agencies and the Public Utility Commission, utilities and trade groups representing power generators and renewable energy advocates.

The commission would make recommendations on eligible clean energy resources that could participate, the amount to procure and their time frame, rate impacts, economic and environmental costs, effects on the regional electricity market, and which state agency should adopt rules for the solicitation and conduct the competitive process.

In 2015, Massachusetts, Rhode Island and Connecticut joined forces to issue requests for proposals from clean energy developers to compete for long-term contracts to supply clean energy for up to 20 years. The logic for the joint procurement was that the states could acquire cost-effective energy by collectively creating a larger customer base.

The individual southern New England states have also enacted laws to procure large renewable energy projects beyond the joint purchase. Foremost among those are the Massachusetts contracts to procure 1,600 megawatts of offshore wind and another 1,200 megawatts of Canadian hydropower that has sparked controversies along the proposed routes in New Hampshire and Maine.

The energy committee also added an amendment to empower the PUC to challenge the assessments New Hampshire has to pay for transmission upgrades throughout the rest of New England that have little or no benefits for the state’s ratepayers. Feltes said the New England grid has been “overbuilt,” with a disproportionate share of the costs being borne by his state.

Those challenges would be made at regional grid operator ISO-New England, the Federal Energy Regulatory Commission and other organizations that set transmission policy.