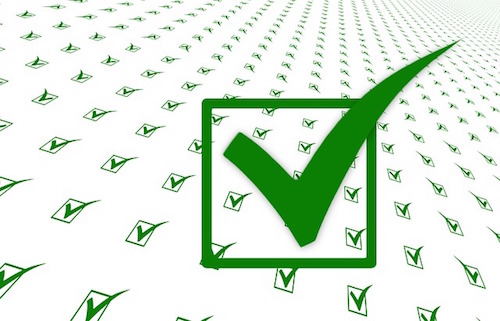 The 2016 election is very much in the public eye after the Republican and Democratic national conventions of the past two weeks. But Donald Trump won’t be the only casino mogul with a lot on the line on November 8. In Nevada, the outcome of two statewide ballot measures will have a profound effect on the future of clean energy in the state, and possibly on the increasingly front-and-center concept of energy choice throughout the country.

One measure, Question 5 on the ballot, is a referendum on the state’s highly publicized and controversial net metering program, which the Nevada Public Utilities Commission essentially terminated late last year, causing SolarCity, Sunrun, and other installers to cease doing business in the state. If Question 5 (which must withstand a court challenge before November) passes, backers say it will restore favorable net metering rates and bring the residential solar industry back to Nevada.

But Question 3, the energy choice initiative, deals with an even broader issue beyond solar power. It asks voters whether they want to amend the state constitution to open Nevada’s electricity markets, giving all residential and commercial customers the right to choose their energy providers and/or generate their own energy (starting in 2023). A Yes vote puts the question on the ballot again in 2018, as amending the Nevada constitution requires votes in two statewide elections.

It could be a long shot, but voters would be choosing a path already forged (albeit with a hefty price tag) by Nevada’s largest single electricity customer, MGM Resorts International. In what to me is one of the biggest energy stories of 2016, MGM announced in May that it will exercise its right (under a 2001 state law) to leave utility NV Power as a customer by October 1, paying an $86.9 million exit fee determined by the PUC. MGM, owner of Las Vegas Strip icons MGM Grand, Bellagio, Mirage, Mandalay Bay, and 11 other properties, accounts for 4.86 percent of NV Power’s annual energy sales. NV Power is the southern Nevada operating unit of NV Energy, the utility holding company acquired by Warren Buffett’s Berkshire Hathaway Energy in 2013.

A few weeks after MGM’s move, rival Wynn Resorts essentially did the same, with an exit fee of $15.7 million. Another local casino giant, Las Vegas Sands Corp., chose a different path of trying to change the rules altogether; it’s the primary financial backer of the constitutional amendment effort on the ballot in November. Then in July, Reno-based Peppermill Casinos also applied to the PUC to exit from NV Energy.

What’s going on here? In my view, the Nevada developments are part of an historic shift taking place across the U.S. and beyond — where energy consumers, from homeowners to communities (via community choice aggregation) to large corporations, are challenging the century-old model of one-way electricity delivery from a single regulated monopoly provider. And because of the affordability of distributed resources — primarily solar PV, but increasingly battery storage as well ­— this is fundamentally different from the efforts to deregulate state electricity markets 15 to 20 years ago.

Now energy choice means not only choosing among competing providers, but also weighing dozens of generation and energy management options. For corporate customers like MGM, it’s an exciting and challenging new world. Corporate leadership in clean energy buying and deployment is a big current focus at Clean Edge, with our Getting to 100 report, Corporate Clean Energy Leaders Universe, and recent Corporate Clean Energy Procurement webinar featuring Nike and Facebook. Through on-site solar arrays, direct or virtual power purchase agreements, and many other pathways, commercial users are increasingly seeking an energy mix that is cleaner, cheaper, and more flexible than what their utilities provide.

MGM, a sustainability pioneer in the hospitality industry, is already walking the clean-energy walk on the Las Vegas Strip with the nation’s largest rooftop solar array that went live last month, an 8.3-MW installation from NRG Energy spanning 25 acres on the rooftops of the sprawling Mandalay Bay resort. MGM also runs an 8.5-MW combined heat and power system at City Center, the world’s largest LEED Gold project at 18 million square feet; all hot water in the commercial/residential/hotel development is supplied by waste heat.

But an $86.9 million exit fee is a huge bet, even by Las Vegas standards, and MGM’s utility “Brexit” is about much more than a greener energy mix. It’s about better management, control, and innovation — and of course, a better bottom line for a $9 billion corporation.

The exit from NV Power “is the next step in a natural progression of building a world-class sustainability effort,” MGM senior VP and chief sustainability officer Cindy Ortega said at a conference in June. “We want to become more agile and smarter.” The requirement to make all its own energy decisions, Ortega said, will make MGM more proactive and efficient in areas like load shedding and planning for times of peak demand. “Starting on October 1, my team will be looking at hour-ahead power,” she said. “I can’t even wait to see what will bloom from that effort. It will make people smarter.”

Las Vegas may seem an unlikely place for this cutting-edge battle to play out — indeed, Ortega said that “we’re just catching up to the Bostons, New Yorks, and San Franciscos.” But the eyes of energy professionals in those places and many others will be on Nevada voters this Election Day, as a new chapter in the ongoing transformation of the electricity provider-customer relationship continues to play out. At that time, Ortega and her MGM colleagues will be about a month down their bold new “independent” path. “One thing is for sure,” she said. “We’re going to learn a lot about how to manage electricity that we didn’t know before.”