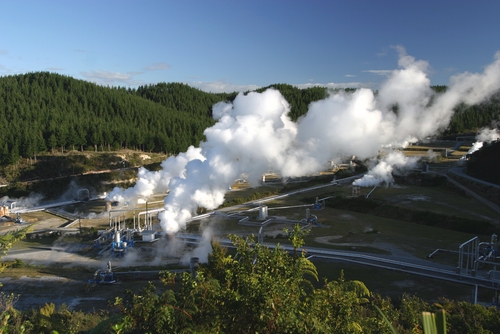 SAN FRANCISCO — Nevada Geothermal Power Inc. (NGP), the renewable-energy developer that received a U.S. loan guarantee, may transfer ownership of a Nevada power plant to a lender after projecting the facility will produce less power than expected.

Output at the company’s Blue Mountain geothermal field is projected to fall below 34 megawatts this year and will decline to about 15 megawatts by 2020, Vancouver-based Nevada Geothermal said today in a statement.

The declining capacity will reduce revenue from the plant and make it difficult, if not impossible, for the company to repay a mezzanine loan from EIG Global Energy Partners LLC, according to Andrew Studley, Nevada Geothermal’s chief financial officer.

“There are risks to the project,” he today by telephone. “We’ve said publicly that the EIG loan, the mezzanine loan, can’t be paid.”

The company is seeking to “resolve potential loan issues,” according to the statement. “These discussions are geared to facilitate transferring the Blue Mountain assets to the mezzanine lender.”

Nevada Geothermal Power said in May 2011 the project may not meet electricity-generation levels required under the terms of the EIG loan, which had a balance of $88.4 million as of March 31, according to a filing.

The company also received a $98.5 million loan from John Hancock Financial Services Inc. in 2010 to refinance and fund expansion work at Blue Mountain. The financing was supported by an 80 percent guarantee from the U.S. Energy Department, and Studley said Nevada Geothermal is up to date on the payments.

Nevada Geothermal fell 50 percent to 1 Canadian cent at the close in Toronto.