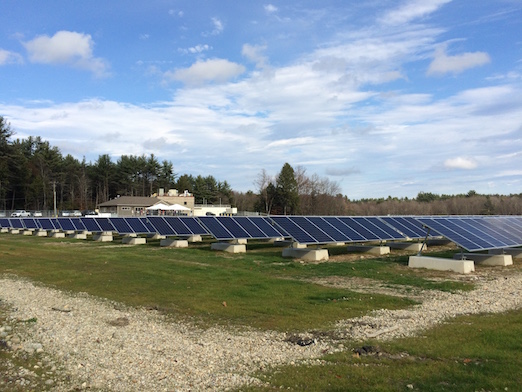 Small cities and towns are prime off takers for solar power and solar developers are hoping to delve further into that market in 2016.

Solar Because It is Green and a Good Deal

Located in the northeast of the U.S., Peterborough, New Hampshire took on the title of “The Greenest Town in New Hampshire” in late 2015 after it turned on a 1-MW solar array that will power its townhouse, fire station and library through a group net-metering arrangement. Borrego Solar developed the project and served as the engineering, procurement and construction provider before selling it to SunEdison with whom Peterborough signed a power purchase agreement (PPA).

Peterborough purchases the solar energy at a rate of US $0.08 per kilowatt-hour, less than what it pays for power from Eversource, the local utility. A $1.2 million grant from the public utilities commission also helped fund the project.

Other proactive cities and towns across the U.S. can seek grants that help pay the cost of installing solar and then work with developers such as Borrego to figure out how to complete the projects.

“Solar projects like this one save taxpayer’s money and bring new economic activity to the area in the form of construction jobs and land lease payments,” said SunEdison VP of partner development Tom Leydon in a press release.

Solar Because It Isn’t Nuclear

According to Paula Mints’ latest market update, Japan is still one of the hottest markets for solar PV. The country turned to renewable energy after the Fukishima disaster five years ago, pledging to shut down all nuclear power plants in the country.

The market today is mostly driven by a generous Feed-in Tariff (FIT) that the government enacted to help kick start the transition to renewable energy.  Mints pointed out the government is committed to solar PV and “is looking to develop a sustainable model for doing so.” 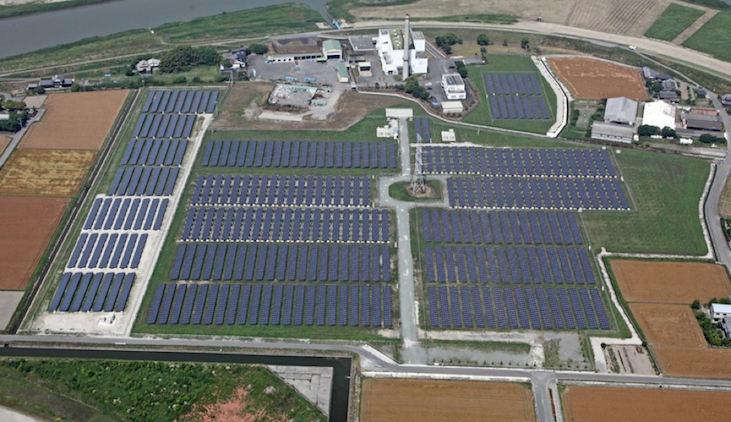 One such model might just be found in the Japanese city of Miyama (Fukuoka Prefecture) where the local government has just rolled out Miyama Smart Energy, a program that lets homeowners in the town purchase locally-produced clean energy from the city itself at a rate that is lower than what they can get from the local utility.

Miyama is home to the 23-MW Kyushu Solar Farm 7, which produces energy for the town and for which it receives FIT payments from the federal government.  In turn, Miyama sells that power to its interested citizens using the incumbent utility’s system. If more power is needed, the city “buys additional electricity at the wholesale market,” said analyst Junko Movellan.  She added that the city hopes to “meet all electricity needs from local renewable energy, including hydro and geothermal in the future.”

“It’s business model is very similar to that of CCA [Community Choice Aggregation] here in the U.S.,” said Movellan.

Bundling other benefits such as a Home Energy Management system (HEMs) that includes a tablet so that homeowners can track their energy use and a reward system that gives them points that can be redeemed for other city services, Miyama is the first in the county that is authorized to sell electricity to its customers. But it most likely won’t be the last. At least 12 other local governments in Japan are looking to do the same thing.

Microgrids Because of Resiliency

The memory of Hurricane Sandy in the U.S. Northeast still brings shudders to city and town administrators who watched as their citizens went days, and in some cases weeks, without power, water, and heat after the disaster struck. In all, some 8 million households in 17 states were affected by the storm and its path of destruction. While some buildings and homeowners had back-up generators powered by diesel, as the fuel to power them ran low, anxiety about what could happen next increased.

To help alleviate some of the anxiety and bring more resiliency to municipalities, Schneider Electric is offering solar-powered microgrids to those cities and towns that may want them. 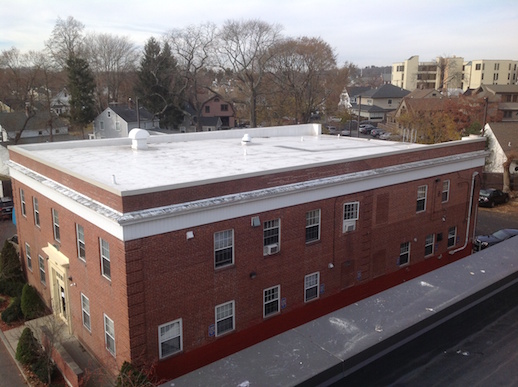 Image: Fairfield, Connecticut’s Operation Hope Fairfield, the shelter that will be energized 24/7 because of the solar microgrid. Credit: Schneider Electric.

In the town of Fairfield, Connecticut, Schneider built a 300-350 kW microgrid that uses 60 kW of combined heat and power, a 47-kW solar photovoltaic system and a 300-kW natural gas generator along with a control and distribution system, energy efficiency measures and on-grid and island modes to bring peace-of-mind that future storms won’t as heavily impact the town.

Most of the time, the microgrid is connected to the larger grid but should disaster strike, the police and fire stations, an emergency communications center, a cell phone tower and a public shelter will remain energized 24/7.

When a power outage cascades through the grid the microgrid is alerted to electrically separate and protect itself from the disturbance. At that time, it uses its own distributed generation resources to distribute power to the town’s identified critical facilities.

Fairfield paid for its microgrid through a $1.1 million grant from the state of Connecticut and put in $130,000 from its own coffers to fund the project.

Solar, Storage and Microgrids for the Rest of Us

The towns of Peterborough, Miyama and Fairfield are all early adopters of new technology — towns who understood its benefits and then went out and explored funding opportunities, appliying for grants and taking advantage of incentives in order to bring green energy and resiliency to their municipalities. But grants and incentives are not intended to fund the whole world’s transition to renewables.

In order to make it more simple for the mainstream market, Schneider Electric is working on how to make microgrids “modular, scalable and repeatable,” said Mark Feasel, Vice President of the Electric Utility Segment & Smart Grid. Feasel said Schneider believes the technology exists today but the “chasm” that has to be crossed in order to attract more municipalities is related to business models.

“The main market is a community that has some plans around sustainability and reliability and they have energy bills to worry about and need some help on how to figure that out.”

To that end, Schneider has deployed a new sales force within the company to go out and engage with communities and other potential end-users that might want a microgrid. Feasel said while Scheider can supply the equipment and expertise, it is “working with select partners that would finance and own the assets.” Under that model the municipality would receive the microgrid as a service. “They wouldn’t have to put capital up to do it,” said Feasel.

The company is working with Duke Energy on a pilot project at its own headquarters near Boston, MA. “We do believe that the non-regulated arms of utility holding companies make great partners because they understand how to own and operate assets and, by the way, they aren’t going out of business anytime soon.”

For Schneider’s microgrid, Duke Energy will finance the project and sell the power to Schneider through a PPA. Schneider will not have to come up with any capital upfront but will use its own equipment to power the microgrid. The microgrid will include a 400-kW photovoltaic system built and operated by REC Solar. A portion of the PV will be on carports at the campus. Schneider Electric’s microgrid controller StruxureWare demand side operation will optimize the photovoltaic energy, storage and the facility’s existing natural gas generator during grid-connected and islanded operation. It will also store up to 1 MWh of electricity using EcoBlade, the company’s energy storage system powered by lithium-ion batteries.

Expect to continue to see announcements related to municipal solar and microgrids in 2016 and beyond.

Get an analyst’s perspective on global solar trends by subscribing to Paula Mints’ Executive Report Series, The Solar Flare, which you can purchase here.