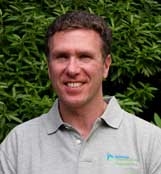 In light of growing consumer awareness, new regulations and increasing fuel costs, the demand for power production from renewable energy resources is on the rise.

In order to successfully satisfy the very real demand for global clean energy supplies, and the fears that accompany such a critical need, we must find clean solutions with consequences which are not only tolerable, but actually desirable: driving economic expansion, initiating new job creation, and delivering price stability.

For renewables such as wind to demonstrate these positive outcomes and become truly mainstream, they must first surmount two critical obstacles: reliability and affordability.

Making Renewable Wind Energy Affordable
Clearly many clean energy solutions are needed in order to satisfy global demand. One increasingly compelling option is compressed air energy storage (CAES)—enhanced wind power, or CAES-wind. In a compressed air system, air is forced into a pressurized storage vessel during periods of low demand and then released through an expander to generate power during periods of peak demand. A CAES-wind project is one in which wind power is used to compress the air, thus relieving wind power of its intermittency and unpredictability.

To draw these conclusions, the study considered whether a system using wind energy to compress air, store it during periods of low demand, and then release it to generate power (with external heat added) during times of peak demand, adds incremental economic value above that delivered by a conventional wind plant.

The study contemplated how the delivered value might vary across different plant configurations—peaking, intermediate, and base load—as well as under different wind regimes and power markets in various regions of the United States, and its authors used the Dispatchable Wind Power System (DWPS) being developed by General Compression as their subject.

According to the final report, an incremental investment in an intermediate configuration CAES-wind system can have an internal rate of return of 25 percent (including the federal production tax credit [PTC]). The additional value is expected to be large enough to make the CAES-wind investment economically advantageous even without the federal PTC.

By shifting wind energy production from periods of low demand to periods of high demand when prices are higher, the study authors found that a CAES-wind project can increase the effective selling price of its energy output, accounting for 45 percent of the additional value created. In addition, injecting high-efficiency steam into the expander process can more than double net project power output. This accounts for the remaining 55 percent of the additional value.

While the intermediate configuration was consistently the most profitable, the study final report indicates that baseload, intermediate, and peaking configurations all delivered value similar to or greater than that of a conventional wind plant. According to the researchers, some differences can be anticipated across regions of the country due to varying fuel mixes and prices (for the added heat), market heat rates, and years-of-need, but these variations do not materially alter the study’s final results.

Future studies currently in progress will report on the predicted reliability of CAES-wind systems.

Renewable Energy on Demand Means Renewable Energy in Demand
In brief, the present study indicated that CAES-wind makes economic sense. By using compressed air energy storage with wind, producers can realize lower capital costs and greater grid acceptance (with correspondingly higher energy prices and fees) compared to traditional wind technology. But the real question is: will these rewards be enough to enable wind power to maintain and even accelerate its grid penetration?

To put it plainly, can CAES-wind technologies—or other renewable energy resources for that matter—compete successfully against conventional energy sources, such as fossil or nuclear power?

General Compression believes the answer is a resounding, ‘YES.’

The company is replacing the generators in the wind turbine nacelle with purpose-designed compressors which convert wind’s kinetic energy directly into compressed air potential energy. The high-pressure air is then run through a pipe down the tower to an underground network of steel pipes which interconnect with multiple wind turbines. The pipe network alone can act as a storage vessel to provide between 4 and 12 hours of energy storage, but if the storage network can also encompass a salt dome, depleted gas field, aquifer, limestone cavern, or other geologic feature, energy storage capacity can be increased to more than a month.

In addition, General Compression’s DWPS, or simply ‘Dispatchable Wind,’ reduces capital costs as compressors replace the more costly generators in the turbine and electric motors on the ground.

Dispatchable Wind also makes use of external heat sources mentioned in the CAES-wind study, such as waste heat from fossil-fired generators or industrial processes, to double the productivity of the expanders. The result is a system that can reliably deliver wind power as either a peak or baseload resource, at prices which can compete favorably with fossil and nuclear power.

General Compression plans to have its first full-scale Dispatchable Wind prototypes erected in early 2010, and to engage in serial production in 2011.

Delivering on the Promise of Reliable, Affordable Renewable Energy
By increasing the reliability and cost-competitiveness of clean, renewable wind power, compressed air energy storage promises to optimize the productivity of this important renewable energy resource and bring wind power from the fringe to the forefront.

General Compression is staking its corporate future on Dispatchable Wind. But in a very real sense, we are all staking our individual futures—and our families’ futures—on the rapid and widespread adoption of clean energy solutions for electricity generation, transportation, agriculture, and industrial production.

While the ‘stick’ of international, national, and state regulations is not to be discounted, the ‘carrot’ of economic rewards remains the critical lever in renewables’ bid to truly transform the power sector. Those renewables which prove to be not only environmentally preferable, but economically and operationally superior to conventional energy sources, will quickly out compete conventional sources for new energy development projects, both here in the U.S. and around the world.

Worldwide appetite for new clean energy sources, already huge, will be sharpened by successful demonstration of the first major renewable technologies to prove both reliable and economically rewarding. If the renewables sector can succeed in that challenge, it will finally be poised to begin satisfying the global demand for clean energy solutions.