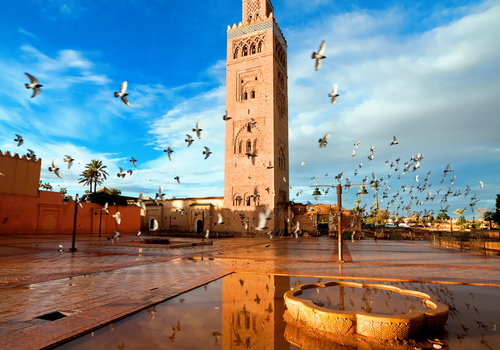 Morocco is set to inaugurate next month the first component of a 580 MW complex of mainly concentrated solar thermal (CSP) plants, which upon completion will be one of the world’s biggest CSP facilities. The PV sector has also lately boasted some success although on a much smaller scale. What can the solar sector anticipate from Morocco in the coming years?

The European Bank for Reconstruction and Development (EBRD) announced recently it is providing a loan of up to 50 million Moroccan Dirham ($4.9 million) to Maghreb Industries, a leading Moroccan producer of chewing gum and confectionery. Part of the loan, which will be used to finance the construction of a new facility in Casablanca, will also finance the installation of a 1.4 MW solar plant on its rooftop.

Laurent Chabrier, the EBRD director for Morocco, said: “With this innovative project, around one-third of Maghreb Industries’ energy used in the future will be solar. This is truly impressive, and I hope other Moroccan companies will follow.”

But are other Moroccan companies going to follow? This is a crucial question. The short answer is no. At least not as long as Morocco’s government does not publish a feed-in tariff (FIT) for solar PV systems.

Currently, there is no remuneration policy framework in place for solar PV technology in Morocco. The government could also publish alternative policy schemes, such as auction-style policies for large-scale PV plants and net metering. Net metering specifically could attract commercial rooftops like the one at the Maghreb confectionery factory.

A stable regulatory framework would provide financial guarantee to private investors to ensure payment under a power purchase agreement. In the case of the Maghreb factory, for instance, a spokesperson for the EBRD told Renewable Energy World that “the tenor is adapted to take into account the economic structure of the new facility and the PV installation. The part of the project that concerns renewable energy and energy efficiency investments is eligible for an incentive grant under the EBRD’s Finance and Technology Transfer Centre for Climate Change (FINTECC) program.”

The EBRD’s program and the financial support it provides to specific projects are a good step forward. Installations like Maghreb’s rooftop PV system can also serve as flagship projects that showcase the technology in the country. However, the adoption of PV at large would definitely require some sort of stable regulatory support.

It appears that Morocco’s Ministry of Energy, Mines, Water and Environment, which is responsible for the development of energy policy, is more interested in CSP technology. Next month, the country is set to inaugurate the 160 MW Noor 1 CSP plant. Noor 1 is only a part of a complex that comprises four plants, and once it is fully built, it will occupy a space as big as Morocco’s capital city, Rabat. Upon completion, the Saudi-built 580 MW solar complex near the Ouarzazate town will generate enough to power about 1.3 million people and will be one of the world’s biggest. Noor 2 and 3 plants, which are also CSP plants, are due to open in 2017. Noor 4 will eventually comprise a 50 MW PV plant.

The Noor plants are part of Morocco’s national strategy to meet 42 percent (about 6 GW) of its national energy demand by 2020 via renewable energy sources, of which 14 percent (2 GW) is projected to come from solar.

Morocco’s cumulative PV capacity is presently about 15 to 20 MW only.

In April, the World Bank announced its decision to support a 75 MW PV plant near the remote towns of Erfoud, Missour and Zagora at the foot of the Atlas mountains and far from Morocco’s main power stations on the Atlantic and Mediterranean coasts. The project is going to be the country’s first utility-scale PV plant.

“The two technologies [PV and CSP] complement each other,” World Bank Energy Specialist Roger Coma-Cunill said. “While CSP responded to a need to cover the evening peak demand when people come back from work, in this case there was the need to address a new daytime peak. This is a new phenomenon in Morocco, essentially driven by economic activity and compounded by a rise in the use of air conditioning, mostly during the day in spring and summer, and particularly in very hot, remote areas of Morocco.”