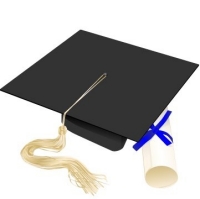 Ohio, United States [RenewableEnergyWorld.com] In an effort to help ease the pain of jobs losses throughout the state and bolster the work force that will be necessary if the U.S. is going to transition to a green economy, four universities in Ohio are collaborating to offer a Masters degree program in renewable energy.

“Ohio is in the midst of major job losses and is trying to reinvent itself as a tech-based economy. One of those ways is in the area of ‘green’ jobs,” said Kevin Hallinan, director of the University of Dayton’s master’s program in clean and renewable energy.

“We consider this program to be good news for us, the U.S. solar industry and the state,” said Carol Campbell, First Solar vice president of human resources.

“We applaud this effort to develop talent that will support the state’s leading role in the fast-growing renewable energy industry.” Tempe, AZ-based First Solar operates customer support and manufacturing operations in Perrysburg, Ohio, near Toledo.

The University of Dayton, Wright State University, Central State University and the Air Force Institute of Technology are joining forces to start the two-year program, in which students can enroll a full-time or part-time basis.

Ohio Board of Regents Chancellor, Eric D. Fingerhut, believes that the program could serve as a model for other states.

“Students will graduate from this master’s program with the leadership, management, research and technical skills needed to help grow one of the most critical industries of the 21st century — clean and renewable energy and advanced energy systems. The program has the potential to be a regional academic center of excellence where new ideas are incubated, developed, tested and refined,” he said.

In addition to developing more engineers, the universities say the program is designed to help address the need for stable, clean and economical energy sources. The program also compliments the state of Ohio’s interest in research within Ohio’s Third Frontier Project and the University Clean Energy Alliance of Ohio.

“It is important for Ohio companies working in fuel cells and other energy sources to have access to a qualified workforce,” said Scott Swartz, chief technology officer of NexTech Materials. “Having these students trained in Ohio makes it easier for these companies to recruit the best possible workforce.” NexTech is based north of Columbus in Lewis Center, Ohio.

The Air Force Institute of Technology and Central State University also will offer classes and instructors but will not grant degrees.

Iceland and Beyond: Other Renewable Energy Degree Programs

RES – the School for Renewable Energy Science, in Iceland, in cooperation with University of Iceland and University of Akureyri, as well as in partnership with a number of technical universities throughout the globe, offers a one-year masters degree program in renewable energy science and technology.

For the 2008 program, students choose to focus on one of three areas of study: geothermal, fuel cell systems and hydrogen or biofuels and bioenergy. In 2009 the school will be adding two additional choices: hydropower and energy systems / policies. If there is sufficient interest, the school will add wind and solar energy studies in the future.

With a trimester structure similar to that of the RES program, in the first semester, the students study key renewable energy technologies; in the second semester, they specialize in a chosen technology at a different university and at the end of the course, students complete a practical or research project.

The five tracks offered through the European Master in Renewable Energy include bioenergy, hybrid systems, photovoltaics, energy conservation in buildings and wind energy.

With a global community focused on renewable energy, it’s likely that more universities both in the U.S. and abroad will start offering programs such as these.