More
Home Storage More Than One Giant Leap: The Future for Fuel Cells 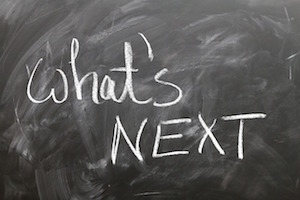 A fundamental flaw in human thinking tells us that history is just the story of great individuals, making big breakthroughs at crucial moments in time; remaking the world in their image. Alfred the Great uniting England against the Viking hordes, Socrates establishing the traditions of Western political thought or Martin Luther reforming the Christian faith.

But the truth is rarely so dramatic. It’s much more complicated. And single moments alone don’t define an era. Instead, change is made up of a series of important moments that add up to a greater whole — be it unifying people, changing the way we think, or rethinking an institution, even building a new industry.

The fuel cell sector is at one of those moments right now. Not a make-or-break moment that will go down in history, but one that will help to define its future. This year has seen the industry continuing to grow, but make no mistake, it remains fragile. Challenges are looming, which the sector has to solve to survive — let alone thrive.

In many ways this has been a strong year for fuel cells, with the total number of shipments up again — by two-thirds on 2015 — and transport-related shipments in particular having doubled to 280 MW. Commercial vehicles lead the way, with the number of fuel cell-powered forklift trucks up more than 60 percent over the year, from 6,000 to 10,000 and the Chinese government committing to bring at least 300 new fuel cell electric buses into operation over the course of 2017.

This is just one aspect of Chinese policy. Motivated by air quality concerns and its commitments under the Paris Accord, it has significantly upped its efforts to curb greenhouse gas emissions — and the development and deployment of clean technologies is a key pillar of its efforts toward meeting this objective. China has begun developing a grand vision involving the funding and supporting of research, development and large-scale roll-out of fuel cells — a vision that’s enabling it to catch up with traditional leaders in technology, such as Japan and North America.

And this level of attention is well-warranted. As the technology continues to roll-out into heavy duty vehicles, we should start to see significant progress in the reduction of routine emissions from their day-to-day operation. Going further, fuel cell vehicles have the potential to be used to power people’s homes during periods of disaster or when grids are under stress.

But this potential goes well beyond transportation. Shipments of stationary fuel cells also rose this year, by ten percent to 200 MW. And while the technology is unlikely to solve all of our energy problems in isolation, fuel cells can be grouped together to form a virtual power plant. This solution has so far only happened in a few trials, but the many dispersed generators aggregated together, can act like a single large plant. This configuration allows utilities to provide much-needed local grid services without expensive upgrades — bringing additional revenue streams and enabling flexibility in a fast-changing environment, which reduces risk during the shift towards renewable generation. And that’s all before we consider the unique role that fuel cells can play in helping to decarbonize areas that rely heavily on the natural gas network for heating.

Bumps in the Road

All that said, potential means nothing until it’s realized. And the fuel cell sector needs to overcome a number of barriers if it’s to fulfill its promise. The first is that the products are yet to mature. Fuel cells are too expensive, with early fuel cell electric buses estimated to cost upwards of $1 million, and the industry’s supply chains requiring a number of sole-sourced components, which can be incredibly difficult to interchange.

Next is the lack of public awareness of fuel cells’ potential. The great thing about a great individual is the way they capture the imagination; the way they get people excited about something new. Fuel cells don’t yet have their totemic figure to build a buzz in the way that Elon Musk is doing for energy storage and electric vehicles. As a result, many potential customers are unaware of the progress the sector has made in recent years, and that which it seems set to make in the years to come.

But the biggest concern — and one which exacerbates those we’ve already mentioned — is a lack of leadership for a technology whose benefits can be economy-wide. With the exception of Japan and increasingly China, governments are failing to provide a sense of direction. Support in sustainable energy is often short-lived and the resultant sense of instability can be hugely off-putting to investors, stifling innovation, keeping costs high and casting the sector into the shade.

Yet the emergence of clear, credible and consistent leadership could be a game-changer, especially if it spreads far beyond China. Japan’s sense of a grand vision shows the way. By planning for the long term, and identifying specific problems to solve, the Japanese government has created a space for fuel cell technology to fill. And the country’s industrial giants have proven eager to do the heavy lifting, with the likes of Toyota, Mitsubishi and Hitachi firmly committed to long-term investment.

But the sector needn’t be dominated by the big players. Germany is taking a typically holistic approach to nurturing an industry by proxy — using regulation and subsidies to support new energy start-ups in rolling their solutions out on a sector-by-sector basis. And such start-ups can be useful to learn from, bringing with them — as new entrants often do — an entrepreneurial approach to innovation that’s been often lacking from the sector to date.

This entrepreneurial approach is typically targeted at the low-hanging fruit — an approach that could prove crucial to the sector’s survival. Only by achieving these small wins will the sector build enough credibility to get the attention of the wider public. But once it does, it could quite quickly reach critical mass with investors and businesses looking for a new solution to their old energy problems.

To put it another way, NASA had to make many more than one giant leap before Neil Armstrong had his big moment. The fuel cell industry needs to take some more small steps if it’s to produce a great individual of its own. And it needs governments to point it in the right direction.