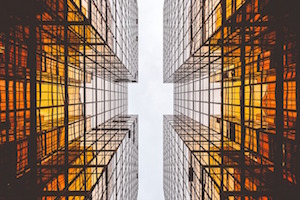 It’s been nearly two years since the release of the GridWise Alliance’s last Grid Modernization Index (GMI-3). The results of the just-released GMI-4, GridWise’s latest tracking of grid modernization efforts across all 50 states and the District of Columbia, demonstrates increased participation in and acceleration of grid modernization efforts across the nation – as clean energy, distributed resources, smart meters, and other technology adoption expands.

For the second consecutive edition, California ranks highest overall, and places first in each of the three GMI categories (state support, customer engagement, and grid operations). The three states ranked behind California remain unchanged from GMI-3. Illinois comes in second overall, repeating its best-ever performance. Texas remains No. 3, nine points behind Illinois, and there is then a seven-point drop to No. 4 Maryland.

A decade ago, the U.S. Congress passed The Energy Independence and Security Act of 2007, which helped launch many of the efforts we see underway today (many of which are tracked in the index). These include the:

One notable theme in GMI-4 is the progress made by the middle states in the rankings: those in the top half of the overall rankings, but outside of the top 10. This group includes seven states that have added at least six points to their overall score (Massachusetts, Washington, Colorado, Missouri, Ohio, Rhode Island, and New Jersey). Additionally, the median overall score in GMI-4 jumped 3 points from the previous edition, reflecting the increased efforts that states are putting into their grid modernization efforts.

What’s mobilizing these efforts? Cost declines are one key driver of the expansion of grid modernization activities. The cost of wind and solar energy, and increasingly energy storage, electric vehicles, and other emerging technologies, have decreased to where they are often the lowest-cost option for both utilities and consumers. Environmental impacts, and related concerns, are also driving consumers and policymakers to seek out these emerging non-traditional options. At the same time, utilities continue to prioritize reliability and cost-effectiveness while finding effective ways to integrate these new technologies.

Similarly, the declining cost of new sensors and communication and IT systems is enabling smarter, more efficient grid operations by leveraging customer usage data, smart devices, and other highly automated systems. These systems are increasingly being deployed where and when it makes sense, resulting in higher utilization of existing assets, greater system efficiency, and lower environmental impact.

Other major drivers impacting grid modernization include resiliency efforts by a growing number of utilities in the face of rising sea levels and powerful storms, wildfires, and other natural disasters; the threat of cybersecurity intrusions that could put electric utilities at significant risk; renewable energy targets and goals for cities, states, and corporations; and the advent of advanced digital technologies, including communications tools for consumer interaction and cloud services for both energy and efficiency provision.

Key takeaways, based on our analysis of GMI-4 survey results, include:

1.   The pace of grid modernization efforts has accelerated, particularly on the policy front. Many states are undertaking grid modernization initiatives or proceedings, including facilitating the adoption of advanced metering infrastructure (AMI), pricing schemes and demand response (DR) mechanisms, and enacting other related policies.

2.   Recent hurricanes and other extreme weather events, as well as human-caused cybersecurity and physical security threats, are focusing attention on grid resilience. While some states are leading the way, GMI-4 shows that a minority of states are actively planning for and incentivizing resiliency and security. These efforts will begin to expand to other states, ensuring that customers are less vulnerable to natural and man-made disasters.

3.   Leading states continue to make progress toward comprehensive grid modernization. Each follows its own approach to policy, business and regulatory models. Unique local and regional circumstances compel each state to develop its own approach to grid modernization. However, it is critical that states pioneering new ideas effectively communicate lessons learned to states that can build on their experience.

5.   Some of the early movers may be seeing their momentum slow, particularly in the Grid Operations category. Some states that received an influx of American Recovery and Reinvestment Act (ARRA) funding to modernize their grid are being surpassed by states with more deliberate, locally-funded efforts.

6.   Utilities are prioritizing efforts to address customer demands for greater choice and the capability to manage their own energy usage. The trend is towards greater utility engagement and communications with customers. Investments in a range of technologies enable these efforts, providing greater visibility to customers, improved communication of critical information, and enhanced situational awareness for grid operators.

7.   Clean energy targets by states, cities, and corporations are driving utility efforts to accommodate rapid growth in distributed energy resources. With some states, cities, and corporations now targeting up to 100 percent renewables, efforts by a growing number of utilities to meet these goals are impacting their long-range planning, product and service offerings, and grid operations.

The next decade promises even greater grid innovation, including expanded use of renewable energy resources, storage, and electric vehicles; increased physical and cyber security and resiliency measures; and greater consumer choice via broader product and service offerings. As these and other grid modernization efforts expand, we hope that the GMI continues to be a useful tool for assessing activity and evaluating progress.

Join us at gridCONNEXT — December 4-6 in Washington, D.C. — to explore the many grid modernization advances covered in GMI-4, assess the future of the grid, and share best practices.