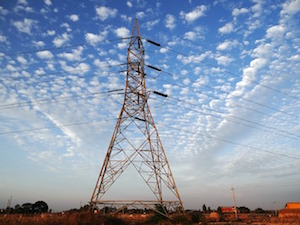 I have a plausible, yet provocative and unproven hypothesis in my newly published book, The Microgrid Revolution: Business Strategies for Next-Generation Electricity, Praeger, October 2016.

Hypothesis: For a given service territory and a set of customers, the sum of the value of microgrids exceeds the value of the corresponding macrogrid. (See Figure 1.)

This proposition is based on a modeling exercise my team conducted on the design and economic valuation of a ~ 1 MW microgrid. We found that in California, the per-unit price of electricity produced by a microgrid comprised of solar panels, batteries, and gas or diesel generators is lower than the average price for electricity paid by a typical homeowner in the homeowners’ association to which I belong. What does this mean? Should the distribution grid be replaced by microgrids, a lower cost solution?

Could we say that what applies to California today will be true for the rest of the country, and the world, in a few years? That a cluster of microgrids will be the topology of the future distribution grid?

In the electricity business, we have had a stable equilibrium with a monopoly for a hundred years. The usage has been largely predictable; the infrastructure has been largely technologically constant; and the relationships among suppliers, operators, regulators, and customers have been stable. Game theory did not apply in the industry — there has only been one game in town.

Increasingly, however, customers have options, from solar on roofs and parking lots, to batteries in garages and in electric vehicles, to home sized gas-based generators, and now microgrids. There are diverse competing sources of electricity supply. This introduces instability; the system needs to find a new equilibrium. What might be the end state of the new equilibrium?

My answer is: A federation of microgrids coexisting with elements of today’s grid, and solar and battery home systems.

Unless the utility itself deploys microgrids, and thereby operates the entire existing infrastructure at a lower, newer equilibrium, the operating conditions of the historical, regulated electric utility will become progressively unstable, leading to loss of market capitalization.

If the utility does not deploy microgrids on its own account, it may define microgrid service territories, and auction them off — sell — to others, perhaps new entrants, to deploy new electricity systems. Selling off microgrid-sized chunks today is better than waiting — the valuations will only continue to drop with time. Bold though this suggestion appears, there is precedent for such thinking. Leonard Hyman and William Tilles, Wall Street energy analysts, have written in a mock Christmas letter, December 22, 2015, to electric company CEO: “Sell the company now for top dollar,” and “Sell now while your business still looks attractive.”

It is imprudent, albeit convenient, to say, “We will deploy a microgrid for resiliency in select areas to cover the contingency of the next Hurricane Sandy, or similar natural disaster.” Why? Because the issue is less about resiliency, emergency preparedness, reliability, affordability, and providing a customer the traditional benefits of electricity; rather, the issue is about rising competition. Competition arising both from customers of the present utility, who are now producers and consumers of electricity — prosumers, and from new entrants in the electricity business.

What I am saying in regulatory jargon is this: Microgrids reduce the rate base for distribution utilities. The returns allowed a utility may remain the same but the base on which to calculate the returns is lower. Revenues have necessarily to shrink, in principle. Should this happen, will not the distribution utility’s market capitalization fall?

For the near term, the regulators may hold constant the revenue for distribution utilities, provided new capital expenditures are focused on microgrids; revenues may remain flat but the margins will rise, EBITDA will increase, and valuations based on multiples of it will increase.

In the longer term, competition will erode margins, and valuations may drop. By that time, say 10 years into the future, however, the distribution utilities may be in new, revenue generating businesses too. For instance, utilities may offer services inside homes and office premises, or they may enter new businesses entirely, say, ISP services or streaming entertainment.

To stem revenue losses, shore up revenues, and improve margins, what should a distribution utility’s strategy be? Slapping demand charges on homeowners, that is, raising prices for customers, only creates incentives for substitution and accelerates the death spiral. Consolidation as strategy, such as what Pepco and Exelon have done, is at best a short-term remedy to reduce operating costs; it is merely kicking the proverbial can down the street. The more fundamental question is: Should distribution utilities aggressively deploy microgrids? Should they define microgrid service territories, and sell off the markets? Business as usual is already stressful.