More
Home Blogs Maryland Scores 3 out of 4 on Principles for a Good Community...

Maryland is the latest state to adopt a community solar program, and a review of the program rules shows that the state is serious about getting community solar right. It meets at least 3 of the 4 principles for a good program from our Beyond Sharing report on community renewable energy. 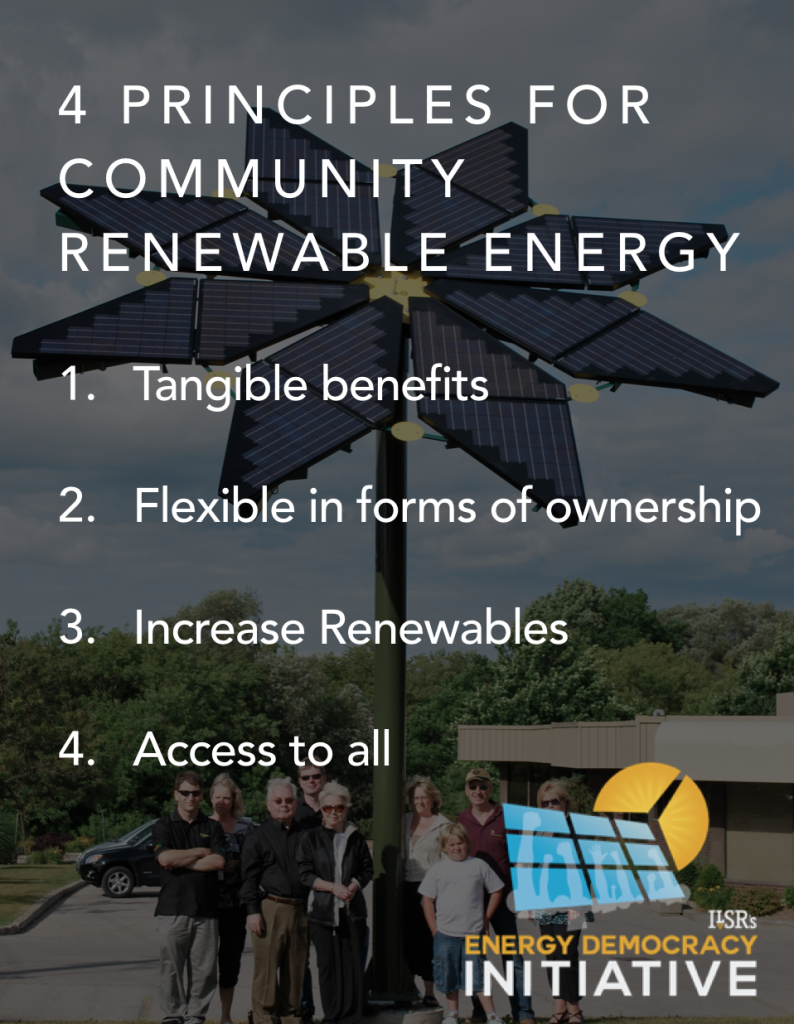 Although described as a pilot program, the Maryland community solar program will allow enough capacity to serve up to 1.5% of peak demand through the three-year program. Of an approximately 14,000-megawatt peak, that allows for about 210 megawatts of community solar projects.

The Maryland program capacity is divided into three buckets:

Customers will receive net metering credits for participation for 25 years, rolling over monthly until March (allowing the previous summer’s credits to be absorbed fully over the winter months). Even folks with existing rooftop solar arrays can participate, as long as the net production of their on-site and community solar arrays doesn’t exceed 200% of their annual consumption.

Excess credits (those left over at the end of March) will not be paid at the retail rate, but will vary based on whether the customer exercises retail choice. For customers on the default rate plan, their per-kilowatt-hour credit will be “reasonably adjusted to exclude the distribution, transmission, and non-commodity portion of the customer’s bill.”

A Missed Opportunity for Greater Participation

A Public Queue and No Co-Location

Additionally, the Maryland rules expressly prohibit co-location, a practice of using common siting for multiple community solar projects in order to lower development costs. In Minnesota, Xcel Energy accused solar developers of using co-location to circumvent the 1 megawatt project size cap, while developers insisted it was a method of keeping development costs low. There is an interesting exception, however, for brownfields or rooftops, perhaps recognizing the benefits of infill development.

The One Missing Piece (and not just in Maryland)

Although Maryland should be applauded for rules requiring participation by low- and moderate-income participants, there’s a notable lack of specificity about how. It’s not the only state that’s struggled with figuring out how to make community solar accessible.

In Colorado, for example, a carve-out of 5% of program capacity has transformed into a charitable program, with developers simply giving away capacity to low-income subscribers. In New York, Phase 1 of their “Community Distributed Generation” program, targeting low-income participation, wrapped up in May, but no results are in as of yet. GRID Alternatives, a Colorado-based nonprofit organization, has constructed a number of solar arrays serving low-income communities, but usually through public or philanthropic grants, and not as part of a replicable program.

A potential solution, on the agenda in Minnesota, is requiring utilities to offer on-bill repayment. This is already common practice among many utility-sponsored community solar programs, but they key to universal access is removing the credit score screen (an immediate cut-off for nearly half of Americans, and a disproportionate number of low-income ones). Instead, program data suggests that default rates are similar when utilities use alternative criteria such as on-time utility bill payment history, and yet allow much greater participation.

For more on low-income access to solar and community solar, you can read:

For more about community solar programs across the country, you can see our post on virtual net metering and the map below: 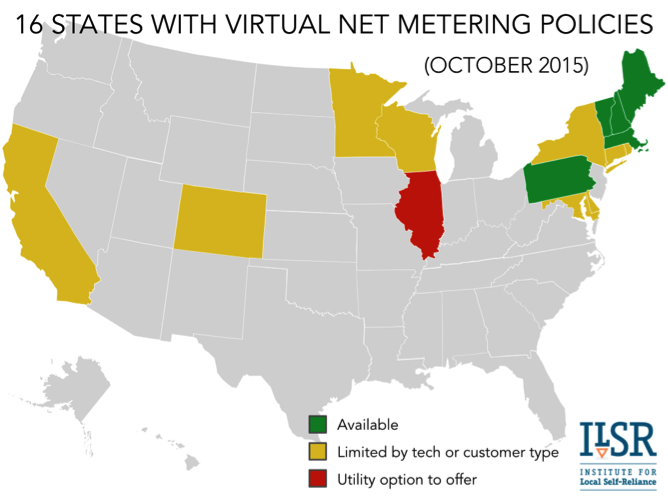 Maryland’s community solar pilot is a great start, and we hope it’s an indication of the direction for future programs.