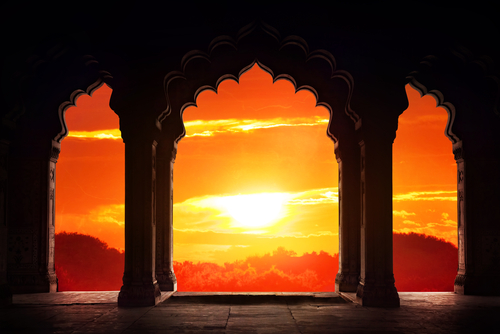 With the rise in India’s energy demands, leading organizations have confirmed that a wide-ranging portfolio of cost-competitive technologies will be needed to satisfy increasing demand for energy while meeting climate policy and other societal goals. In this article, we will look at major objectives, such as analysing the role of solar PV in India’s energy security, mapping solar energy potential and growth drivers in India’s solar industry, and ascertaining significant changes that need to be incorporated in order to meet energy security targets in the country.

The International Energy Agency defines energy security as the uninterrupted availability of energy sources at an affordable price. In another sense, energy security implies affordable, accessible and reliable sources of energy to masses of the country. The Indian economy is projected to grow at a GDP rate of more than 8 percent, and as per estimates, India requires 1,850 billion units of electricity till 2020 in order to align with that kind of projected growth. To deal with the challenges in making India energy secure, renewable energy will play a vital role in the present as well as future scenario.

India as of June 2015 has achieved 4,295 MW of grid-connected and off-grid solar capacity. Solar energy is predominantly an attractive renewable energy option for India with the confirmation of the fact that India is a tropical country, where most of the states receives 4.5-5.5 annual DNI (kWh/m2/day) and seven to eight hours average sunlight time daily distributed evenly across the country. As a solar energy system provides long-term assurance of energy supply, it becomes one of the credible pillars in any nation’s long-term energy security.

In India, Solar energy dates back to 2006, when the rural electrification program was launched. The initiatives by government were subsequently added with moves such as the semiconductor policy of 2007, the generation-based incentive scheme of 2008, and introduction of the national solar mission. In India, market drivers for solar can be segmented into three categories: government incentives, supportive state and national policies, and price trends of the technology in the country.

India has two types of incentives: tax based and non-tax-based incentives.

Price Trend of Technology in the Country

Per the records of government, the highest increase in solar capacity of 1,112 MW occurred from 2014 to 2015. Seventeen solar parks in 14 states have been approved with budgets allocated in the Govt. budget, and there is a tender to setup 2,170 MW solar projects in India. In addition, 1,000 MW of solar capacity are planned with solar cells made in India, and defence establishments will buy 300 MW solar plants.

As India emerges as the global hub for foreign investments, solar related investments hold no second position in the economy. There have been huge investment commitments by companies such as Sun Edison, Softbank, Foxconn Technology, Trina Solar, OAO Rosneft, and Aditya Birla Nuvo.

The following are recommendations and calls for action in India’s solar industry that would help the country achieve its solar energy targets and prosper with sustainable development: