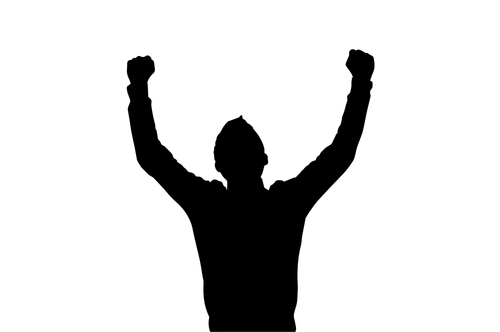 Update December 18, 2015: The final bill passed both the U.S. House and Senate. President Obama is expected to sign it shortly.

Tuesday December 15 was a good day for U.S. renewable energy companies. In a landmark deal that could mark the first time the Senate and House Democrats and Republicans under Barack Obama were able to compromise on anything at all, the two parties released an omnibus spending bill that lifts the 40-year U.S. oil export ban and gives a five-year extension of renewable energy tax credits for wind and solar.

The bill extends the Investment Tax Credit (ITC) for solar until 2021. It was originally expected to sunset at the end of 2016, which was forcing developers to rush to finish projects. In a session last week during Renewable Energy World Conference and Expo, Julie Ungerleider of Coronal Group explained that because of the hard stop that the ITC created, solar projects that were not already “fully baked” were unlikely to be able to be built by 2016.  She said material shortages were rampant with the rush to build now. This extension should relieve some of that pressure.

The ITC will be extended until December 31, 2019 in its current form. After that projects that start construction in 2020 and 2021 will receive 26 percent and 22 percent, respectively. All projects must be completed by 2024 to obtain these elevated ITC rates. For residential solar, a similar tax credit phase-out applies until December 31, 2021, after which the tax credit scheme ends.

“By extending the solar investment tax credit for five years with a commence construction provision and a gradual ramp down, bipartisan members in both Houses have reestablished America as the global leader in clean energy, which will boost our economy and create thousands of jobs across America,” said Rhone Resch, President of the Solar Energy Industries Association, adding that the extension should enable the industry to “achieve its pledge of employing 50,000 veterans by 2020, a goal our industry takes very seriously. Resch believes that the extended ITC will enable more than $125 billion in new, private sector solar investment.

The ITC and production tax credit (PTC) for wind energy projects ended at the conclusion of 2014 but “start construction” language was added to bill at the last minute. That meant that wind energy projects could still claim the credit if they had begun construction by the end of 2014 and were completed by the end of 2016 — this lead to lengthy discussions and definitions of what “commence construction” entailed. The new bill includes a five-year retroactive extension of the previous bill and steps down the tax credits through December 31, 2019.

“This agreement will enable wind energy to create more affordable, reliable and clean energy for America by providing multi-year predictability as we have called for,” said Tom Kiernan, CEO of the American Wind Energy Association. “The later years of this agreement will provide some challenges that the wind industry will work to overcome with our employees, partners and champions.”

Kiernan said industry leaders are examining the agreement now and appreciate the progress. “If this passes, our industry will get a break from the repeated boom-bust cycles that we’ve had to weather for two decades of uncertain tax policies,” Kiernan said. “AWEA has sought greater stability in the credit, with an extension for as long as possible. This plan will drive more development, and near-term prospects look strong – especially as utilities, major end-use customers, and municipalities seek more low cost emissions-free renewable energy. In order to keep the wind energy success story going, we will need to continue to work with Congress and the White House in the years ahead to level the playing field with other energy sources that receive permanent tax support.”

Minor Wins for Biofuels, Too

Trading Renewables for A Lift of the Oil Export Ban

While the renewable energy industry cheered the new bill for the tax credit extensions it offers, climate change activists are not as convinced of its efficacy. Just one week ago, more than 185 world leaders united in agreement to cap carbon emissions at the COP21 negotiations in Paris. Many in the industry called this a landmark occasion as it was the first time in history that major carbon emitters such as the U.S. and China agreed to do something to limit carbon.

Bill McKibbon, founder of climate group 350.org wrote in an op-ed in The Hill that lifting the oil export ban just one week after countries agreed to limit carbon emissions was akin to holding the launch of a vegetarian cookbook in a steakhouse.

The bill has not cleared both houses and while it looks good, renewable energy advocates are urging U.S. renewable energy industry stakeholders to contact their representatives and urge them to vote in favor of the bill. The House could vote on the bill as soon as Thursday and the Senate shortly thereafter.

Lead image: Silhouette of a man with arms up in victory. Credit: Shutterstock.