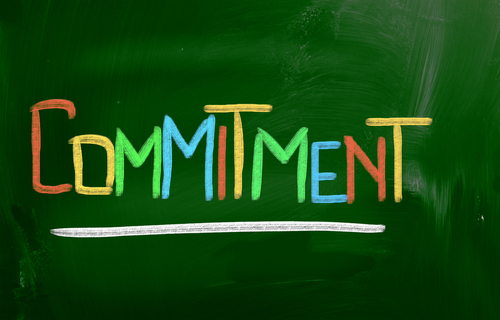 Executives from 13 major U.S. corporations are announcing at least $140 billion in new investments to decrease their carbon footprints as part of a White House initiative to recruit private commitments ahead of a United Nations climate-change summit later this year in Paris.

Companies including Apple Inc., Berkshire Hathaway Energy Co., and Goldman Sachs Group Inc. will join Secretary of State John Kerry and top administration officials at the White House for the announcement. In addition to pledges to cut emissions, provide financing to environmentally-focused companies, and reduce water consumption, the companies have said they will procure at least 1,600 MW of new, renewable energy. The White House said in a statement that it expects to announce a second round of similar pledges later this fall from additional companies.

The commitments are being announced as President Barack Obama is looking to build momentum toward a legacy-defining global climate accord in Paris. In addition to company-specific commitments, the corporate leaders on Monday will signal their support for a strong climate agreement out of the United Nations talks. They administration is using the pledges to set an example for companies to find ways to eliminate their carbon emissions.

“As the world looks toward global climate negotiations in Paris this December, American leadership at all levels will be essential,” the White House said in a fact sheet detailing the announcement.

The administration’s actions are pushing the issue into the 2016 presidential debate. Hillary Clinton, the front-runner for the Democratic nomination, released an energy strategy saying she would both defend and go beyond Obama’s efforts. Republican candidates have criticized the administration’s initiatives as costly to the economy and unnecessary.

Among the pledges, aluminum manufacturer Alcoa Inc. has agreed to reduce emissions by 50 percent from its 2005 levels, while agricultural giant Cargill Inc. says 18 percent of its total energy use will come from renewable sources.

Coca-Cola Co. said it would drive down the carbon footprint of its beverage production by 25 percent over the next five years, while Google says it plans to triple its purchases of renewable energy over the next decade. Berkshire Hathaway says it plans to invest up to an additional $15 billion in the construction and operation of renewable energy generators, while Bank of America Corp says it will increase its environmental business initiative by $75 billion over the next decade, according to the White House

The corporate commitments won’t be the administration’s only major climate announcement in the next few weeks. The Environmental Protection Agency is set to present final regulations that aim to reduce carbon emissions from power plants by 30 percent from 2005 levels by 2030 later this week.

While visiting Kenya over the weekend, Obama repeatedly praised the country for its efforts to address climate change, saying its efforts tor educe emissions “has put it in the position of being a leader on the continent.” And next month, the president will travel to Alaska for an international summit on Arctic climate issues.