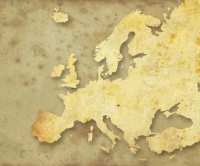 Change is sweeping the European power industry as the integration of renewables gains pace. How Europe eventually navigates through these dramatic changes will fascinate power decision makers globally. The debate over whether renewables would form a significant part of the future power generation infrastructure has moved on considerably within the last two years: the question is no longer ‘if’ the transition will take place, but ‘how’ an industry traditionally comprised of large units of coal, gas or nuclear power generation running 24/7 as base load is going to adapt to accommodate it.

Renewables and low carbon technologies are only going to increase as a proportion of the installed base, yet genuine integration of these onto European grids has been relatively slow and the practical implications of this industry transformation are becoming ever more evident. Moreover, many European nations are actually burning more coal now than they have been in recent years, due largely to the drop in coal prices relative to gas prices (the shale boom in the U.S. leading to a flood of cheap coal on world markets) and also because the collapse of the EU’s emissions trading scheme has enabled nations to rely more heavily on older, less clean and efficient coal plants still in operation.

As such, Europe is struggling both on the delivery of its clean energy goal and the provision of affordable power. Although the debate surrounding the recent price hikes by large utilities in countries such as the UK and Germany is somewhat ill-informed and politicised, there is no doubt that consumers are feeling the pain and all indicators are that this may get worse before it gets any better.

The lights may not have gone out yet, but experts are predicting that within the next year or two, some European countries will see power cuts, brownouts or rolling blackouts because of aging infrastructure no longer being available to cover the intermittency of renewable power. The fact is that the European power industry has so far failed to put in place the necessary framework to support renewed investment in its aging infrastructure.  Add in the perverse situation that modern, often relatively new gas fired power plants across Europe are being mothballed or closed down because they don’t fit the current market model and it becomes very clear that the industry urgently needs renewed focus.

Nowhere has the scale and complexity of the challenge been more apparent than in Germany, where the politically driven ‘Energiewende’ (Energy Transition) has placed the delicate balancing act that Europe’s power industry must perform at the heart of business and political discussion: on the one hand, consumers want clean and affordable energy, politicians want reliable supply, greater interconnection and a single market for electricity; on the other, the rise in renewables is placing the margins of established utilities under immense pressure, whilst replacing conventional power with intermittent sources that ultimately are less reliable and more costly for the electricity system as a whole.

Germany’s mandated phase-out of nuclear power and boom in renewable energy has cut dependency on major utilities to the extent that some have seen the value of their balance sheet drop by half since 2008. This brings with it a significant impact on the ability of these established players to invest in the infrastructure required to support for example, the transmission of electricity to heavy load areas in the South of the country from the offshore wind turbines being constructed in the North.

To address this challenge, one of Germany’s major utilities, RWE, is looking to adopt a new ‘capital-light’ approach under which it will partner with third parties to fund more expensive renewable projects. It has also outlined plans to expand in the retail market, in areas such as energy services and management. Meanwhile, Germany is also seeing the role of its municipal utilities — which are known as ‘Stadtwerke’ — grow in prominence as dependence on larger players declines.

Municipal utilities are majority state-owned, have more flexibility in that they offer combined heat and power, and in some cases water and steam, and their success is cited by those in Germany pushing for a renationalising of the power industry — a trend known as ‘re-municipalisation’. One other model being explored by municipals in partnership with technology providers is the creation of ‘virtual power plants’, in which a number of small-scale, distributed energy sources are pooled and operated as a single installation.

Certainly, utilities across Europe will need to reconfigure their business models in light of the role they will play moving forward. Their core expertise lies in constructing and operating plants, but they own assets across the value chain — i.e. power generation, transmission grid, and renewables. It will be vital for the industry to exploit this invaluable expertise and for the utilities to position themselves more as enablers of the system, rather than being centralised producers of power.

Decentralisation of the system is already apparent in Germany and other countries such as Scandinavia and Eastern Europe where municipal models are already established, but outside these markets, other solutions will be needed. One potential option is greater cross-border interconnectivity, but this too can be a mixed blessing. Poland’s interconnection with Germany for example, has seen the influx of surplus German wind power place its domestic power plants under extreme pressure.

In ideal generating conditions renewables can lead to occasional oversupply, but since their delivery is intermittent, conventional power plants must back them up in order to guarantee supply and balance of the grid. Fossil-fired generation and traditional plants are large scale, operating at extremely high pressures and temperatures, and therefore cannot simply be fired up and down on demand. Much like a car, they cannot be taken on frequent short journeys without requiring shorter gaps between servicing.  As this type of maintenance can take large plants off-grid, this has serious implications for both cost and security of supply.

Up until recently, carbon capture and storage (CCS) technology was seen as a means of continuing with large amounts of fossil-fired power to support base load and at the same time de-carbonisation. However, development of CCS technologies has not progressed as anticipated and has failed to materialise on any commercial scale.

Keeping the Lights On

The recession and economic slowdown across Europe has meant the political focus has been on financial markets, with energy pushed to the sidelines. But as the economy recovers and the banks become stronger, the power industry needs to ensure it doesn’t become the next crisis. At a time when the market is in transition and flux, and with on-going conflict between European energy policies and those of individual member states, it is all the more important for power industry professionals to come together to devise strategies and solutions to keep the lights on and the industry pumping.