In poker, love and energy, what is apparently true usually is. But isn’t, necessarily.

Case in point: Almost anybody who knows anything about operational or planned solar power plants (SPPs) incorporating concentrating solar power (CSP) technology will likely say that one of their big advantages is the potential to capture and store heat for use in generating electricity at the plant when the sun disappears behind a cloud cover or goes down at the end of the day.

Like the assumptions that the guy isn’t calling because he’s just not that into the girl and the poker player with the biggest pile of chips is the smartest bettor at the table, hard analysis shows this intuitively apparent assumption about SPPs to be true enough. The Value of Concentrating Solar Power and Thermal Energy Storage, from Ramteen Sioshansi of Ohio State University and Paul Denholm of the National Renewable Energy Laboratory, shows that energy storage usually adds value to SPPs. ::continue:: 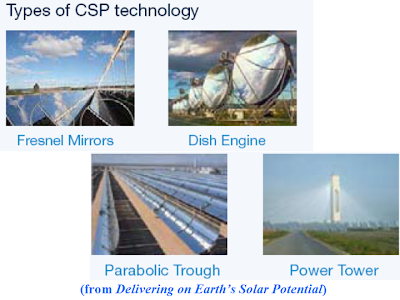 An SPP has 3 “independent but interrelated” parts: (1) the power block (the turbine), (2) the solar field (the mirrors), and (3) the thermal storage tank (that holds the heat). Sizing each effectively is crucial to making the plant profitable.

Unlike the solar photovoltaic (PV) technology commonly seen on rooftops that turn the sun’s light into electricity, SPPs capture the sun’s heat and use it to boil water and create steam that drives turbines. This generates electricity in the same way that electricity is generated by steam-driven turbines at plants that use heat from nuclear energy or the burning of coal and natural gas to boil water and create steam – without radioactive waste, greenhouse gas emissions or toxic byproducts.

The energy captured for storage at SPPs is therefore heat energy and the storage of it is called thermal energy storage (TES). Confirming the intuitively obvious, the paper concludes that TES adds value to SPPs (1) by allowing more thermal energy from an SPP’s solar field to be used, (2) by allowing an SPP to put a larger solar field to work, and (3) by allowing SSP generation to be shifted to times of use when energy prices are higher.

The study of SPPs in four states in the U.S. Southwest looks at how TES impacts SPP operations in a variety of ways and even reports that, though it is as counter intuitive as the possibility that the guy IS just too busy to call the girl or the poker player IS just lucky, there are ways that the expense of TES in the wrong circumstances can be too much of a burden on SPP economics to pay off.

Generally speaking, the cost of SPP technologies without storage is too high to be profitable in most electricity markets but adding TES makes them profitable by allowing for the production of more energy for longer hours. On the other hand, where the price of electricity is low and the value of additional energy sales does not boost revenues adequately, the cost of TES makes the technology inequitable. 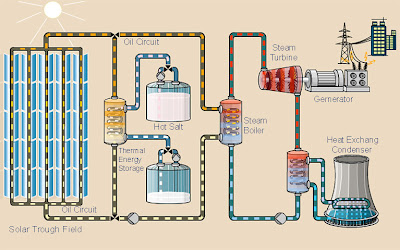 This post is based on The Value of Concentrating Solar Power and Thermal Energy Storage by Ramteen Sioshansi and Paul Denholm (February 2010, National Renewable Energy Laboratory)