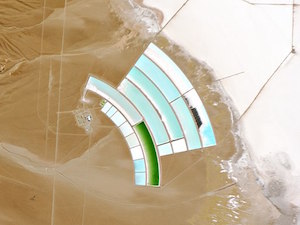 Lithium could be a lifeline for oil majors as the energy industry shifts toward lower-polluting alternatives to fossil fuels, said Jeff McDermott of Greentech Capital Advisors LLC.

“Their specialty is resource extraction,” McDermott, managing partner of the New York-based boutique investment bank advising energy companies and investors, said in an interview in London. “They should buy lithium miners, get involved in the upstream of core battery technology.”

This suggestion marks out one solution to the existential question some of the world’s biggest energy companies are facing about how to survive as governments clamp down on the fuels they produce. As the curbs on carbon emissions tighten, a key issue for fossil fuel producers are how much oil and gas demand is at risk.

Lithium is a key ingredient in rechargeable batteries that are prevalent in electronics from mobile phones to electric cars. The metal is part of the cathode, which houses the electric charge. Demand for the mineral is projected to rise 38-fold by 2030 to 7,845 metric tons per year from 200 metric tons in 2016, according to Bloomberg New Energy Finance.

Big oil companies have the capital to deploy and expertise in developing large projects that could help the lithium industry expand.

Oil majors have been dabbling in clean energy for decades, but it doesn’t make up a significant percent of any of their businesses. This is beginning to change, with the industry seeking new revenue streams and to keep themselves at the center of the energy business.

McDermott also sees opportunities for oil majors in offshore wind and integrated systems for autonomous vehicles. Shell and Statoil ASA of Norway have made recent moves into the wind industry, capitalizing on their experience in drilling for oil and gas in the sea. Shell is a part of the consortium building the Borssele III & IV wind farms in Dutch waters.