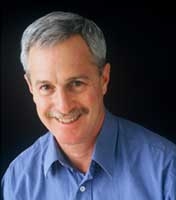 Last month’s Live Better Sustainability Summit, held just outside of Bentonville, Arkansas, was yet another in what seems to be an accelerating series of “whoda thunk” moments.

Bentonville, of course, is hometown to Wal-Mart, which sponsored the event, a daylong conclave that brought together more than a thousand people to a nearby convention center. It was all part of Wal-Mart’s latest crusade: to “drive profitable product innovation” into its supply chain.

I had the opportunity to attend, not as a participant but as an observer, one of a small handful of media and bloggers admitted to the event.

The event was divided into two parts: a meeting of about 400 chief executives of Wal-Mart suppliers, and an exhibit hall featuring tabletop displays from roughly seventy companies and organizations, mostly consultancies (BluSkye, Domani, GreenOrder, McDounough-Braungart Design Chemistry, Natural Logic), nonprofits (Alliance to Save Energy, Business for Social Responsibility, Organic Exchange, Rocky Mountain Institute, TransFair), and some corporations that have worked successfully with Wal-Mart (BP, General Mills, 3M, Interface, S.C. Johnson). It was remarkable seeing all these entities side by side, with relatively uniform exhibit space, somewhat more egalitarian than your typical exhibition floor.

The other part was a half-day conference, including a two-hour presentation and panel discussion led by Wal-Mart CEO Lee Scott, followed by breakout sessions on “engaging your organization in sustainability,” “sustainability and product innovation,” “making sustainability work,” and “driving business value through sustainability.”

What was the point? Wal-Mart, it seems, is discovering what a growing number of companies have learned. Being a greener business isn’t just about being more efficient or increasing sales. It can be an engine for innovation in products and packaging, even delivery systems. And it wants to help its tens of thousands of suppliers move in that direction.

The context, of course, is somewhat more complex. As Wal-Mart continues down the road to environmental improvement, it needs help from its suppliers to meet its ambitious goals. And in the manner that only a $348 billion retail giant can command, Wal-Mart is pressing its suppliers to improve their packaging, reduce waste, reduce toxicity, and create offerings aimed at Wal-Mart’s new mantra: “Save Money, Live Better.”

Wal-Mart isn’t exactly asking suppliers to think and act more proactively on the environmental front. It’s using its considerable clout to create almost a competitive atmosphere around “green.” In coming months, for example, Wal-Mart will be judging all of its suppliers on packaging, using metrics governing the quantity and environmental friendliness of suppliers’ packaging as a buying criterion.

[Recently], the company announced that it would measure the energy use and emissions of the entire supply chain of seven product categories, with the likely goal of using climate impact as another buying criterion. And the company has integrated sustainability in the performance evaluations of the stores’ buyers and their managers, which in turn help determine their raises and promotions.

It’s all rather confusing, in the sense that one must keep reminding oneself that this is, after all, Wal-Mart (and Sam’s Club, the company’s other U.S. chain), the company with a reputation for squeezing suppliers until it hurts in order to achieve the goals of its old mantra, “Always Low Prices.”

Can these same companies now become effective partners toward the goal of reducing everyone’s environmental footprint while bringing to the mass market a growing number of innovative, or at least improved, green products?

Lee Scott seems to think they can. Some excerpts from his remarks to the gathering of suppliers as well as executives from his own company:

Sustainability is here to stay. It is not a fad, it is not a marketing ploy. . . . It is in fact a part of what all of us are going to be doing with our businesses from here on out. It is not about higher margins and higher prices. It is about the elimination of waste. It is about making our businesses more effective. It is about transferring those benefits on to the consumer. And it is about taking chemicals and things we know aren’t good for the environment and finding alternatives to those chemicals so we make products safer.

I think for Wal-Mart one of the key roles for sustainability is it is going to cause us to have better products. Because we’re going to be thinking about the quality in those products: what is the defective rate . . . what are the life-cycle costs of that product . . . . Ultimately my view is that because of sustainability, we also will be dealing with the best companies. Let me talk about sourcing from someone who is willing to compromise on the environment—maybe destroy waste in an inappropriate way, or use chemicals that they shouldn’t. What in the world would make Wal-Mart think that the person who is willing to compromise the environment, knowingly, wouldn’t also be willing to compromise on quality to meet a price point? . . .

My belief is that we’re going to find that sustainability and all of these social context issues are all related and all end up showing up in the quality of the products. And that as we use sustainability as a driving force, we will have better suppliers . . . and it will enhance the reputation that we have as a company.

High-minded words, to be sure. And they will likely rankle Wal-Mart’s many detractors, for whom the words “Wal-Mart” and “sustainability,” used together, are simply discordant. The doubters are not irrational. For years, Wal-Mart has been an aggressive, sometimes arrogant, leviathan, seemingly out of touch with progressive social and environmental ideas and ideals.

In its single-minded pursuit for growth and dominance, it played rough—with competitors, communities, suppliers, politicians, and anyone who got in its way, notably (or especially) activists. How can this sudden embrace of sustainability be anything other than a cynical ploy?

I’m pretty sure that it’s not. In recent months, Wal-Mart has put itself out there in ways that few other companies have done. It is spreading the green gospel to its 1.3 million employees, teaching them how to live greener lives. It is inviting activists into its offices, and commanding suppliers to meet new, green goals, and parading its CEO in front of audiences and the press to talk the sustainability talk.

To the extent the cynics are right, it’s that Wal-Mart’s mission is to sell more stuff to more people in the pursuit of profitability and growth, an arguably unsustainable proposition. And that’s a problem.

But along the way, the behemoth from Bentonville stands to move hundreds, perhaps thousands of suppliers toward a more sustainable path, and help to fuel consumer demand for things organic, nontoxic, and efficient, among other attributes. And, perhaps, engender everyday environmental habits among the citizenry in ways that even the most committed environmental activists have failed to do.

As Scott put it last week: