Buying vegetables in a small town in Ecuador from a woman who had trekked from her farm miles away, barefoot, in traditional indigenous garb, made me feel I was back in time. As we were conducting our transaction, I heard a ringtone and instinctively reached into my pocket. The 70-year-old woman pulled out her cell phone. This woman, along with the majority of people in rural areas of the developing world, never had a land-line in her home, probably has no electricity, and may not even have a toilet. Yet she relies on her mobile phone. In fact, developing countries around the world have leapfrogged past the landline infrastructure of the industrialized world and now have more mobile users than those in high-income nations. 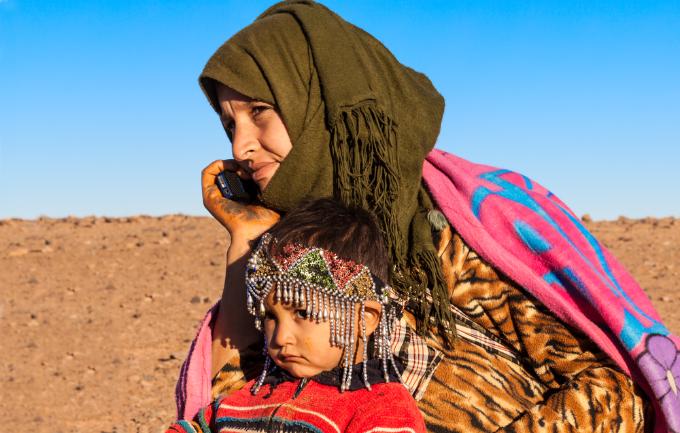 It seems the same phenomenon may be happening in the electricity sector. Will microgrids allow developing nations to leapfrog past the large, sprawling transmission systems of the industrialized world into a new energy paradigm? Some examples from around the world are already proving that to be true. According to Navigant Research, the global remote microgrid market will expand from 349 megawatts of generation capacity in 2011 to over 1.1 gigawatts by 2017. In many regions of the world there may be no other option for people to get access to electricity than through renewable-powered microgrids. In other areas that do have grid power, the power can be so unreliable that microgrids offer a safer, more reliable alternative.

Microgrids Bringing Light to the Powerless 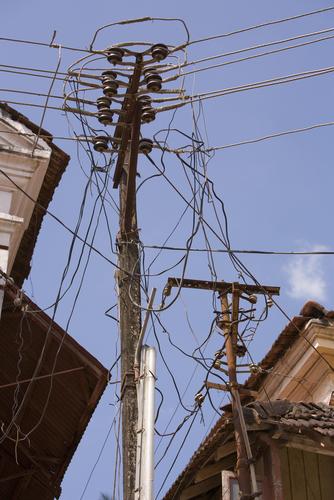 Many regions of India plunge into darkness when the sun goes down. As India’s population explodes, relying upon centralized coal plants to fuel the expanding economy is not a viable solution. Microgrids may offer the best answer for the 61 million Indian households that still do not have access to electricity.

There are currently about 200 villages in India that get their electricity from renewably powered microgrids. Mera Gao Power builds and operates solar-powered microgrids in Uttar Pradesh, one of India’s poorest states. Four solar panels and four batteries provide enough power for 100 households to each have four LED lights and a cell phone charger. The households pay $0.50 per week. Husk Power Systems uses rice husks to provide electricity to villages through biomass gasification. Its 32-kilowatt system electrifies villages of 500–700 households. SunEdison’s 14-kilowatt solar-powered microgrid replaced kerosene lamps for 400 residents in the remote community of Meerwada. Villagers pay $1.00–$1.50 a month — equal to what they were paying before for diesel and kerosene — for a better quality light and the option to power home appliances.

Microgrids are sprouting up on the African continent as well. In Mali, where 93 percent of the rural population lacks electric power, kids in remote villages are eating snow cones thanks to SharedSolar’s solar-powered microgrids. Columbia University’s Earth Institute developed SharedSolar to find a better system of supplying electricity to rural areas than unaffordable individual solar home systems. It developed a fully contained, scalable microgrid that includes solar PV, batteries, and meters.

Each system powers 10–20 households, with each household having a prepaid meter that it can refill by making a payment via a cell phone or by paying the local manager (usually the person who used to sell kerosene). In sun-drenched Mali, currently 172 households are benefitting from nine SharedSolar microgrids.

Perhaps one of the most appropriate places for the implementation of microgrids is in island communities. Monte Trigo is a village on Cape Verde’s westernmost island. The 60-household community is only reachable by boat and is completely dependent on fishing. Previously, the fishermen had to travel five hours by boat each way to purchase ice to preserve their fish. Now, with a 27.3-kilowatt solar microgrid they have reliable power at their fingertips. The microgrid delivers power to homes, a school, a church, a health center, three general stores, and streetlights.

The key to the success of this microgrid is the concept of Energy Daily Allowance, an agreed upon maximum amount of energy the homeowner can use. Each user has a meter that shows the available energy allowance and includes a signal to encourage or refrain consumption depending on energy use and amount of sun. 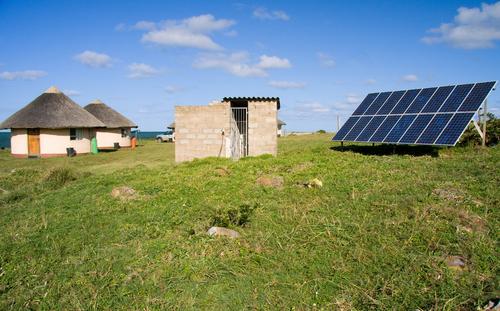 Bringing electricity to rural areas that may never see the grid is a great boon to both people’s quality of life and the region’s economy. Yet even places with utility grid power are turning to microgrids to provide more reliable power. Palm Meadows is an 86-acre gated community for the wealthy in Hyderabad, India. With India’s grid being quite unreliable, the 335 homes of Palm Meadows tie into the grid at a dedicated substation and source energy in bulk from the utility. If the system’s advanced application software senses any irregularities in utility power, the system automatically switches to local generation. The local generation is currently running on diesel generators, but the hope is to have it outfitted with solar panels in the future.

Cuba, meanwhile, is 96 percent electrified with grid power. Yet the unreliability of the grid, especially in the face of intensifying hurricanes, convinced Cuba to turn to microgrids. Instead of relying on the eleven large, inefficient, and old thermoelectric plants generating electricity for the entire island, the government installed 1,854 diesel and fuel oil microgrid plants across the country, representing over 3,000 megawatts of decentralized power. This switch virtually eliminated the blackouts that had been plaguing the country for years.

“Markets in developing countries could become the largest microgrid sector,” writes environmental author and senior analyst for Navigant Research Peter Asmus in the Sacramento Bee. If these smaller microgrids become networked with one another it may avert the need for any central transmission grid. Not only will these microgrids bring social and environmental benefits, but according to Asmus, they may be the “the most attractive bottom-of-the-pyramid business model of any kind available today.”

While the telecommunications industry in North America and Europe invested in landlines before moving to mobile phone networks, the mobile phone has effectively leapfrogged the landline throughout the developing world. In the same way, our current centralized, aging electrical system — vulnerable to many external threats — is not the best way forward for many of the lesser-developed communities of the world. As RMI works to transform the U.S. electricity system to one that is clean, secure, and largely distributed, hopefully the developing world can learn a lesson from mobile phones, and get it right the first time.

All other images courtesy of Shutterstock