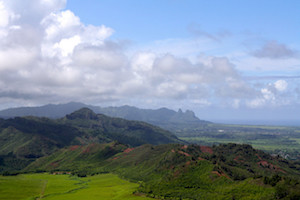 The Agribusiness Development Corporation (ADC) of Hawaii has approved a five-year lease to the Kauai Island Utility Cooperative (KIUC) for development of its 8.3-MW Puu Opae pumped storage hydro project, according to the Honolulu Civil Beat.

The lease is to be issued no later than Dec. 30 and is subject to any conditions that may result from the dispute resolution process.

This lease brings KIUC closer to securing control over the land and water resources it needs to develop this project. The lease may be extended to 65 years. Issues exist because ADC and its tenant co-op Kekaha Agriculture Association are fighting over the stream water diverted by the Kokee Ditch and four stream intakes and the Kekaha Ditch, which feed 12,500 acres of agricultural lands owned by ADC.

This project will use the Puu Opae upper reservoir connected by a 5-mile-long buried steel pipeline to the Mana reservoir. During the day, solar power would be used to pump the water uphill. KIUC says this facility may one day supply 10 percent of the island’s electricity.

KIUC has a goal of using renewable resources to generate 50 percent of Kauai’s power by 2023. The company owns five hydroelectric projects that provide 7.5 percent of the island’s electricity, and a 6-MW project is in the permitting process and expected to come online by 2019.

A 2012 report from the Hawaii State Energy Office indicates the generating capacity of this project will be 8.3 MW.