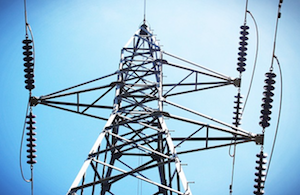 “I don’t know how this proposal could be implemented without a detrimental impact on the market,” Andrew Ott, who heads up PJM Interconnection LLC, told reporters by phone Monday. Perry’s proposal is “discriminatory” and inconsistent with federal law, Ott said.

In response to rising retirements in PJM and elsewhere, Perry had asked the Federal Energy Regulatory Commission to change the way that wholesale power markets price electricity so that certain coal and nuclear generators can recover their costs. The plan has drawn fire from a wide coalition of natural gas producers, renewable energy generators, and public utilities, which argue that such an approach would distort markets, inhibit competition and raise consumer prices.

PJM, which spans more than a dozen states from the Midwest to the Mid-Atlantic and serves more than 65 million people, stands to be shaken up the most by the plan, which aims to reward plants capable of storing 90 days of fuel supplies at their sites. Coal accounts for one-third of electricity generation in PJM, which retired more than 19 GW of coal-fired power between 2011 and 2016.

“The proposal threatens to undermine price formation and competition in the nation’s organized electricity markets,” the group said in their comments. They argued that the Energy Department plan would hurt, not help, reliability.

Hundreds of comments from energy companies poured in Monday, the initial deadline to weigh in on Perry’s proposal. Producers Exxon Mobil Corp., Anadarko Petroleum Corp. and Devon Energy Corp. stressed the reliability and low cost of natural gas, while the Solar Energy Industries Association warned that coal and nuclear plants are not immune to unexpected outages.

Murray Energy Corp. wrote in support of the rule. The company is among coal producers and related industries that are “threatened with bankruptcy and significant economic harm” if U.S. coal-fired power plants are “forced out of the market by unreasonable and unsupportable market pricing mechanisms,” it said.

FirstEnergy Corp., which operates numerous coal-fired plants in the PJM market, filed comments in support of Perry’s plan, saying that coal and nuclear retirements will put the electric grid at risk.