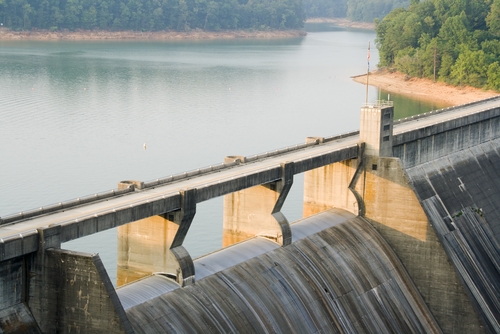 BANGKOK — Laos will start construction this week on a $3.6 billion hydropower dam on the Mekong River that has been delayed for 18 months amid opposition from downstream countries and activist groups.

The groundbreaking ceremony will take place on Nov. 7 at the site of the dam, according to Viraphonh Viravong, deputy minister of energy and mining. Bangkok-based Ch. Karnchang Pcl, PTT Pcl and Electricity Generating Pcl are among major shareholders of Xayaburi Power Co., the dam’s operator.

“It has been assessed, it has been discussed the last two years,” Viraphonh said today by phone. “We have addressed most of the concerns.”

The hydropower plant is the first among eight that Laos plans to build on the Mekong to expand Southeast Asia’s smallest economy by selling electricity to neighboring countries. Vietnam last year recommended a 10-year delay for all dam projects on the river, which also runs through Myanmar, Thailand and Cambodia from its source in China’s Tibetan plateau.

Thai opponents of the dam held a protest today on the Mekong across from Vientiane, the Laos capital where Asian and European leaders from about 50 countries are meeting for a summit. In August, they filed a lawsuit in Thailand’s Administrative Court to cancel an agreement for the Electricity Generating Authority, known as Egat, to buy almost all the power from the 1,285-megawatt project.

“Laos never collected basic information about the ways that people depend on the river, so how can it say that there will be no impact?” Pianporn Deetes, a campaign coordinator with International Rivers, a Berkeley, California-based nonprofit group that aims to protect rivers and human rights, said in an e-mail. “The environmental and social concerns were never taken seriously.”

Viraphonh said measures have been taken to ensure a limited impact on the environment. Cambodian officials who had opposed the dam are now “very happy” with its design, he said.

“The lesson of Xayaburi is that we have raised the standard of dam projects,” Viraphonh said. “We are taking care more of the environment and other concerns. Other projects can follow some similar standards to Xayaburi.”

Laos, a landlocked nation of 6 million people, plans to expand its generating capacity and sell electricity to its neighbors. Hydropower’s contribution to government revenue will more than double to 1 percent of gross domestic product compared with two years ago, according to the World Bank.

About 60 million people depend on the Mekong and its tributaries for food, water and transportation, according to the Mekong River Commission, an inter-governmental body. Neighboring countries are concerned the dam will disrupt fisheries and rice production.

“Hydropower is a big natural advantage for Laos,” Viraphonh said. “If you cannot develop the Xayaburi project, what other choice do we have?”