More
Home Solar Juliana v US: For Children of All Ages — Part One 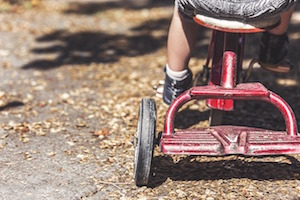 Through the magic of YouTube TV, I was able to sit in on the oral arguments in the latest episode of Juliana v. United States. The lawsuit is being brought by 21 plaintiffs ranging in age from 10 to 21. It accuses the federal government of causing them harm by failing to protect them adequately from the effects of global warming. Plaintiffs are asking the court to order the federal government to do something to redress the problem, e.g., regulating carbon emissions from power plants and fossil fuel extraction on federal lands.

The case was filed in 2015 when Obama was still in power—which may seem a bit ironic given what he tried to do with the Clean Power Plan (CPP) and such. Trump and company inherited the case when they took over the federal government—which seems only just given the vehemence of their denials that anything nasty is happening climate-wise and their unwinding of Obama-era protections.

The arguments were not about the substance of the Juliana case but the Oregon District Judge’s November 2016 opinion affirming plaintiffs’ standing to bring the suit and setting a February 2018 trial date. Technically the U.S. Department of Justice (DOJ) complaint was against the Oregon [Federal] District Court, hence the case title United States v. USDC-ORE.

The hearing was before a three-judge panel of the U.S. Court of Appeals for the Ninth Circuit. The DOJ was asking the court to issue a writ of mandamus reversing Judge Aiken’s order allowing the case to be heard. Of the three judges hearing the case, two were appointed by President Clinton and one by President Reagan.

If the government prevails at this point, then Juliana v. United States will be halted in its tracks, pending what I would call a “Hail Mary Reprieve” by the U.S. Supreme Court (SCOTUS).
​
If, however, District Court Judge Aiken’s opinion is upheld, then it will arguably be on its way to becoming the most important environmental case of the century—perhaps of any century.

Judge Aiken’s earlier opinion confirmed plaintiffs’ right to bring the action. To have the standing to sue requires a plaintiff to have suffered a concrete harm directly the result of a defendant’s action or inaction which the court has the power to redress in some substantive manner.

The Juliana case is the stuff of books and will be debated for years no matter the outcome. For the moment, however, I will focus on the hearing and several key issues, including highlights of some of the arguments made by plaintiff and defendant attorneys in response to the judges’ questions and a few thoughts on the future of the case.

The Basics of the Juliana Case

Before going into the hearing on the government’s motion to overturn Judge Aiken’s decision, some words about the Juliana case itself.
The flow of the plaintiff’s argument is as follows:

Readers need to look no further than the Constitutional basis of the claims to understand what is keeping the DOJ attorneys up at night and accounting for the aggressive nature of their efforts to stop the case before it ever gets to trial.
​
Cases based on legislatively enacted directives and authorities, i.e., the Clean Air and Water Acts and regulations, can subsequently be defeated or diminished by Congress through new or amended legislation.

Whereas, the rights the Juliana plaintiffs are looking to have established would be constitutionally based and, therefore, protected from Congressional infringement. The potential impact of Juliana puts it in the rarefied legal company of Brown v. Board of Education, Roe v. Wade and Obergefell v. Hodges.

The Government’s Argument to Dismiss the Juliana Case

Deputy Assistant Attorney General (AAG) Eric Grant is grounding the government’s effort to short-circuit the plaintiffs’ suit on the following broad arguments. Note I have followed each argument with a brief recap of the response to the AAG’s claims by one or more of the judges on the panel.

AAG Grant: The trial judge (Aiken) erred in her opinion. The case is totally without legal merit. Therefore, there is no reason for the courts to proceed. There is no justiciable controversy to be decided.

Panel judge(s): The question of merit is for the trial court to determine. If this court overturned the District Court’s decision solely because the DOJ does not like or agree with it, a precedent would be established, opening the door to the dismissal of thousands of cases in the 9th District before trial.

Many cases, e.g., Brown and Obergefell, were similarly unprecedented in the establishment of a constitutional right before having been decided. The judges asked, without receiving, the difference between those cases and the current one.

AAG Grant: Allowed to go forward, the case would gridlock the operation of at least eight federal executive branch agencies, preventing them from carrying out their assigned tasks and duties. Responding to the number of issues involved and all the questions asked by plaintiffs unduly burdens agency personnel and the efficient operation of their departments and agencies.

Panel judge(s): The plaintiffs have significantly reduced their original discovery requests and are not asking for the heads of agencies or the President to be deposed or to present testimony in court.

Rather, they are looking to bring in various subject experts from the agencies to provide the information required to make a determination on the merits of the case and to fashion potential remedies.

Agency personnel are routinely requested to provide expert testimony and information to public and private sector decision makers and parties without bringing the government to a halt. Should the requests prove overwhelming, there will always be the chance for the government to ask the court for some type of relief or accommodation.

Further, the scope of the factual debate has been substantially diminished because:

3. Climate change is a matter of policy, not Constitutional law—what the plaintiffs are asking conflicts with the U.S. Constitution.

AAG Grant: What the plaintiffs are asking the court to decide and ultimately to do would violate the separation of powers clause of the U.S. Constitution. Absent a fundamental constitutional right; environmental protection is a matter of Congressional discretion exercised through the passage of legislation, e.g., the Clean Air Act, and implementation by the executive branch.

Panel judge(s): Whether the protections plaintiffs are alleging constitute a right guaranteed by the Constitution is properly for the trial (District) court to decide through judicial discourse not for the Appellate Court to dismiss summarily via a writ of mandamus.

The right to an education (Brown) or same-sex marriage (Obergefell) wasn’t established prior to being litigated and decided by the federal courts. If protection from climate change and the preservation of natural resources are found fundamental rights, then it is up to Congress and the president to protect them appropriately.

All parties—attorneys and judges—acknowledged that the case was to be dealt with in a bifurcated manner. The first part to determine whether there was a right; the second, to decide what might constitute appropriate remedies.

Even if the District Court finds there is a Constitutional right to protection, there will be ample opportunity for the courts to consider remedies consistent with the right and reasonably within the practical powers of government to redress.

Moreover, the decision may subsequently be overturned on appeal. It is premature to plead a violation of the separation of powers clause before the right has even been established.

4. The problem is hardly unique to the U.S.; it is global in nature.

AAG Grant: U.S. emissions only contribute to global warming, they are not significant enough in themselves that if something were done to stop or to reduce them, it would make a fig’s bit of difference.

It is unreasonable to expect that the U.S. can solve the problem on its own; it is impossible for the courts to order the federal government to enter into international treaties, accords or other agreements and alliances.

A corollary to this is the government’s contention that the plaintiffs are no more harmed than anyone else, so the government owes them no special protection.

Panel judge(s): The plaintiffs are not asking the government single-handedly to solve the problem of climate change nor to enter into collaboration with other nations. Plaintiffs have limited the scope of their suit to what is going on in the U.S. and have alleged only that U.S. emissions are a significant contributor to the global GHG emissions, i.e., in a range of 20-30 percent. Government action to reduce domestic emissions, in general, is likely to help curb the problem and reduce the level of harms.

One of the judges acknowledged that the questions/issues involved were a bit of a mush and needed greater clarity and focus. Mushiness, however, does not constitute grounds for a summary dismissal before trial.

The judge(s) seemed to imply that focus and clarity are among the functions and products of a trial on the merits. Should legal or practical problems arise during the trial or after a lower court decision is reached, they could be dealt with on appeal or in subsequent proceedings.

Handicapping appellate court decisions is a losing proposition, so I’ll not undertake it. The impression I received from watching the proceedings suggests some reticence on the part of the judges to stop the case before it ever goes to trial. The implied reticence appeared in varying degrees depending on the judge and may or may not lead to denial of the government’s request to overturn Judge Aiken’s opinion.

Oral arguments are additive to the written briefs already submitted by the parties. The hearing gives judges an opportunity to pursue questions and to receive reactions to various hypotheticals that might help to clarify their thinking. Therefore, the proceedings represent but a glimpse into minds of the jurists.

Two questions were raised during the orals that bear further consideration. The first was: who would prevail in the event of a conflict between the findings of the District Court and the Trump administration?

I’ll address these questions and more in part two of this article.

[i] Note the use of non/mis/malfeasance are my words not the plaintiffs’ nor are they to be considered in their strictest legal sense.

This article was originally published on CivilNotion.com and was republished with permission.