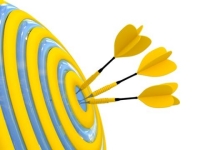 The prime minister endorsed proposals to deregulate the largely fossil fuel-based electricity sector, encourage competition among generators and enable easier distribution of wind and solar power to consumers. He did not mention restarting any of the nuclear plants that have been offline since the Fukushima disaster — something the utilities had been hoping for.

Abe also mentioned fuel cells and batteries for energy storage as aspects of a move to encourage innovation in order to help integrate variable renewables into the grid. He promised to “bring about the potential for such innovations” by unbundling transmission and distribution. And he said environmental assessment processes for renewable energy projects will be “drastically” accelerated, which will stimulate investment.

Utility shares fell drastically in reaction to the speech in anticipation of a government move to weaken power producers’ current monopoly after the upcoming parliamentary election. Japan’s 10 regional power companies own more than 70 percent of the nation’s generation capacity and control the transmission and distribution networks. BNEF said smaller energy companies such as Marubeni and Softbank, which are planning renewable energy investments, would be strengthened by such a move.

This article is part of our regional news briefs in the completely redesigned Renewable Energy World digital magazine. Subscribe here to recieve a free copy.