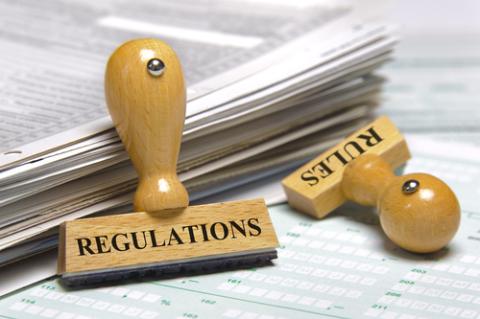 TOKYO — Japan’s trade ministry is setting stricter rules for production and sales of renewable energy in what it says is a drive to speed up development of projects and ensure stable power supply.

Japan introduced a renewable energy incentive program in July 2012 after the Fukushima nuclear disaster, offering some of the highest rates for solar-produced electricity in the world.

The rates attracted floods of solar applications, so much so that utilities who are required to buy the power for their transmission grids say they are being overwhelmed. Plus, the supply is unstable.

The same can happen if they fail to pay for access within a month of signing a contract, according to a document released by the ministry today.

As wind and solar power is intermittent based on the weather, the ministry will also expand a rule that allows utilities to reduce or stop intake of renewable energy for up to 30 days a year without compensating the suppliers.

That rule, applicable for when supply exceeds demand, was for producers with capacity of 500 kilowatts or more.

Under new rules, it will apply to solar and wind projects of any size — including residential rooftops — according to a separate ministry document. In addition, the maximum period for no compensation will be calculated by hour not daily to better reflect demand and supply.

The measures come after at least five of the country’s utilities began restricting the access of new solar farms to their grids earlier this year and examined how much more clean energy their grids can add.

Another measure will formalize what is already happening in the industry; namely, a renewable energy provider will receive grid access from a utility when it agrees not to be compensated for reducing output.