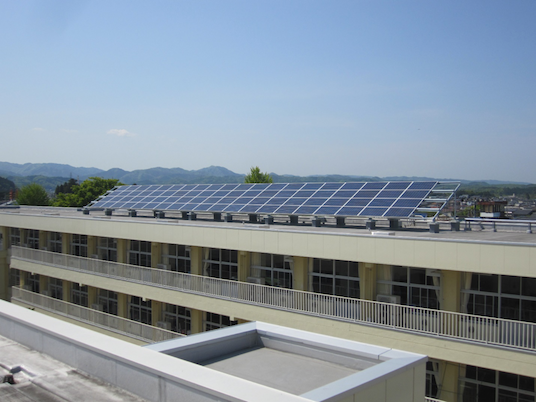 March 11, 2016 marks the five-year anniversary of the 2011 Tohoku earthquake and tsunami, which caused catastrophic meltdowns at three reactors in the Fukushima Daiichi Nuclear Power Plant complex in Fukushima Prefecture. This devastating event resulted in a major change to the nation’s electricity supply market. It led to the introduction of the national feed-in tariff (FIT) program in July 2012 and historical liberalization of the retail electricity market, which will commence in April.

In regards to the upcoming deregulated electricity market, 210 companies have currently registered as retail electricity providers to compete against the 10 incumbent utilities, which had enjoyed the regional monopolies for several decades.

“I am very furious,” commented Katsunobu Sakurai, the mayor of Minamisoma City, at a press conference for the Foreign Correspondents’ Club of Japan. He is angry and frustrated that the utilities have restarted nuclear reactors since Minamisoma City, located less than 20 kilometers (12.4 miles) northwest of the Fukushima Daiichi Nuclear Power Plant, has not yet fully recovered. The city was heavily affected by the disasters which displaced 14,000 residents after the accident. It has been five years since the nuclear meltdown, however, residents of certain areas of the city have not been allowed to return since the national government has not yet lifted evacuation orders.

Last March, Mayor Sakurai declared that he intends to create a “denuclearized town,” with a goal to provide all the electricity needs of the city by means of renewable energy, such as solar, by 2030. The city’s missions are to build disaster resilient communities and improve the environment of the planet by implementing clean distributed energy with energy storage. 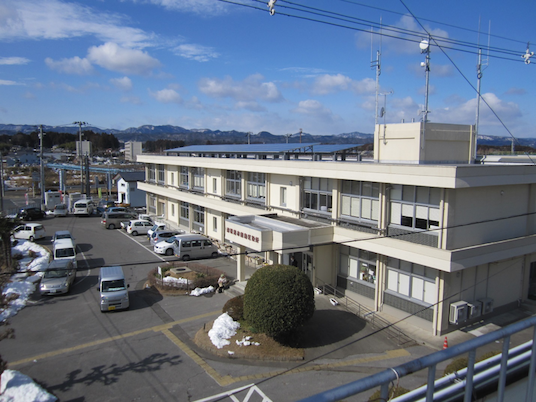 The city has been actively promoting renewable energy, specifically solar PV. According to Shunichi Shiga, manager of the city’s New Energy Promotion Department, the city offers a solar rebate program, with a subsidy rate of 45 yen ($0.40)/kW, and a Home Energy Management Systems (HEMS) program, which pays up to one-third of the system installation cost — up to 70,000 yen ($616) — to help its residents become energy-independent.

“The city has also installed a combination of PV and energy storage systems at public buildings such as city halls, elementary schools, and health centers,” said Shiga. These systems, deployed at 17 locations, provide safe and stable power during normal days as well as during disasters. The total PV installed capacity on public buildings is currently 325 kW, producing over 46 MWh a year with 396.4 kWh of storage capacity. The Community Energy Management Systems (CEMS), implemented by the city, monitors and displays real-time energy consumption and production of these systems at each public building to promote energy savings within the city.

The city also has a plan to convert disaster-affected areas along the ocean, which are no longer suitable for farming or living, into special zones to develop large-scale renewable energy projects under land lease agreements. 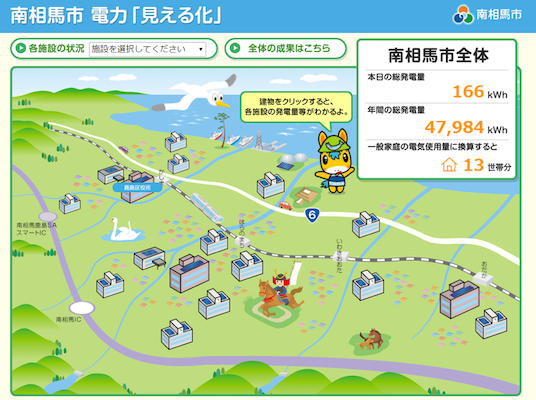 “Currently over 70 MW of PV projects are under development as well as some wind projects,” Shiga said. With these additional renewable energy projects, the city is on its way to achieving 65 percent of its electricity needs supplied by renewable energy by 2020.

Image: Minamisoma City’s Website Displays Real-Time Data on Energy Production and Consumption of the City’s Buildings (Individually or as a Whole) (Photo Courtesy of Minamisoma City)

The First Local Government to Sell Electricity to its Homeowners

The city of Miyama, Fukuoka Prefecture in the Kyushu region, has established a retail electricity provider business, by forming the partnership with local companies (Chikiho Bank and Kyushu Smart Community Company). It is the first local government in the nation to participate in retail electricity sales to residential customers.

“As a whole city, we pay 2 billion yen [($17.6 billion)] to Kyushu Electric Power Company (the region’s inclement utility),” Yuji Fujiyoshi, manager of the city’s Energy Policy Promotion Department, said. He was indicating the big economic impact that the city would receive by producing and consuming locally produced electricity.

“Our city is suitable for solar,” he said. “Our solar hours are very long. Our peak sunlight exceeds 2,000 hours a year while the national average is about 1,800 hours. Ten percent of our households have already installed PV systems and we do have many mega-solar (large-scale PV) projects in the city.” 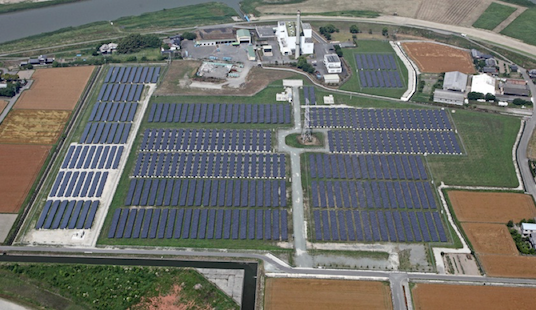 “If (we) depend on one utility, during natural disasters or other emergencies, our power supply will be disrupted,” Fujiyoshi said. “It is our goal to employ distributed energy across the city to create a resilient community.”

After the nuclear disaster, the nation’s Ministry of Economy, Trade and Industry (METI) created a field test to promote household energy savings by building an information infrastructure for HEMS ,and the city was selected as part of the test. With the national funding, the city installed HEMS hardware and distributed tablets to 2,000 homes to encourage energy savings. In the meantime, the city collected large amounts of data and gained the knowledge of energy usage and demand patterns of its residents. “That helped us with the creation of the retail electricity business,” Fujiyoshi said.

The business, Miyama Smart Energy, offers plans with lower rates than Kyushu Electric Power Company. Customers can bundle the electricity service with the city’s water service or consolidate bills within households. The company also provides a rewards program. Customers can earn points when they pay electricity bills and redeem points for services and/or products offered in the city.

Stimulate Local Economy and Circulate Money within the Community

“We wanted to create a business model, which not only sells electricity, but also brings benefits to our community,” emphasized Fujiyoshi on the important factor of stimulating local economy.

To promote deployment of local renewable energy and circulate money within, the company offers to purchase solar electricity generated by homes and businesses at a rate of 1 yen/kWh, which is approximately the amount the incumbent utility offers under the nation’s FIT program. 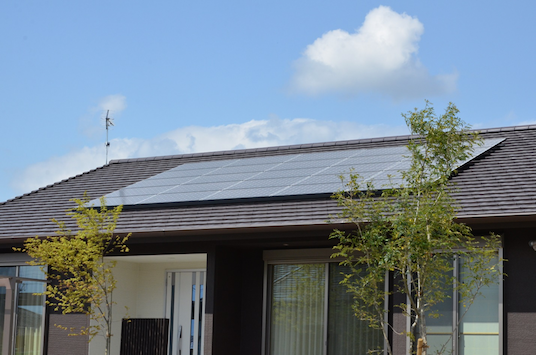 The company provides tablets for HEMS to new customers to not only manage their energy consumption, but to also subscribe to various services offered by the city.

“Our city has a large aging population,” Fujiyoshi said. “Thirty four percent of our population is over 65 years old and many of them live alone. With the HEMS, we can monitor their energy usage and can tell how they are doing. In the case of lower energy usage or unusual energy usage pattern, the system will send an alert to the city and also send email to their family members.”

With the tablet, seniors and other residential customers can also make an appointment with their doctors, request delivery of groceries and other products from businesses in the city. “This will help us stimulating local economy,” he said.

Miyama Smart Energy’s main renewable energy supply is from local PV systems. To increase renewable sources, the city is trying to form partnerships with other local governments in Kyushu Region with geothermal and hydropower plans.

“Hopefully we can replicate our business model to other communities, and we all can expand access to abundant renewable resources in our region,” said Fujiyoshi, with a hope to revitalize many other small communities.