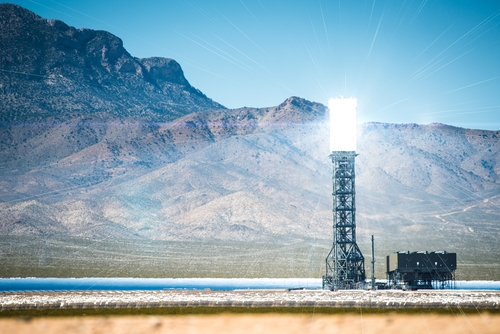 The operator of a massive U.S. government-backed solar project in California that fell short of production targets says the facility more than doubled its output last month, putting it on pace to meet its obligations to Pacific Gas and Electric Co.

The Ivanpah Solar Electric Generating System, the world’s biggest solar-thermal power plant, generated 67,300 megawatt-hours electricity in February, up from about 30,300 a year earlier, according to NRG Energy Inc., which operates the faculty and co-owns it with BrightSource Energy Inc. and Alphabet Inc.’s Google.

Mitchell Samuelian, NRG’s vice president of operation for utility-scale renewable generation, said the improved performance shows the plant’s technology is viable and that the facility is on track to fulfill its contractual obligations. The release of the February output data comes 12 days after California regulators gave NRG and its partners more time to avoid defaulting on a contract with PG&E for failing to supply power they had guaranteed.

“The February numbers were well in excess of what we were targeting,” Samuelian said in an interview.

The 377-MW facility, about 50 miles (80 kilometers) southwest of Las Vegas in the Mojave Desert, received a $1.6 billion loan guarantee from the U.S. Energy Department and began operating in February 2014. Instead of converting sunlight directly into electricity with photovoltaic cells, the system uses almost 175,000 mirrors to focus sunlight onto boilers atop three 450-foot (137-meter) towers, generating steam that drives a turbine.

The plant experienced mechanical problems in 2014 that caused it to fall short of production targets for the first 24 months in operation. The deal approved by California regulators gives NRG and its partners until Aug. 1 to avoid defaulting on its agreement with PG&E if it pays the utility for past shortfalls in generation and continues to meet future targets. The facility is on pace to generate 102 percent of its target capacity for March, Samuelian said.