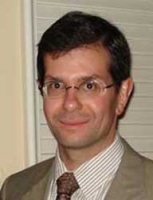 Public policy issues have a way of waxing and waning. Issues often become of interest to citizens when there is a real or perceived crisis. In public health, for instance, recent concern about the HPV virus led state legislatures and governors in Texas, and elsewhere, to pursue statewide immunization programs. Political commentary for and against the proposed solution raged in our print and broadcast media for several weeks.

Now there is relative silence on the issue of HPV immunization as new issues have risen. The stock market concerns us this week. The firing of several federal prosecutors will concern us for the next month. New issues will arise, old issues will fade from our memory. Millennia ago, Socrates (as recorded in Plato’s Republic) predicted this circumstance in democratic societies. Modern political science and public policy studies, scholars have put a label to this phenomenon. Professor Anthony Down’s referred to it as the “issue attention cycle.” In his now classic 1972 article “Up and Down with Ecology: The ‘Issue Attention Cycle,'” Downs wrote: “American public attention rarely remains sharply focused upon any one domestic issue for very long – even if it involves a continuing problem of crucial importance to society. Instead, a systematic “issue-attention cycle” seems strongly to influence public attitudes and behavior con-cerning most key domestic problems. Each of these problems suddenly leaps into prominence, remains there for a short time, and then – -though still largely unresolved – gradually fades from the center of public attention. A study of the way this cycle operates provides in-sights into whether public attention is likely to remain sufficiently fo-cused upon any given issue to generate enough political pressure to cause effective change.” As many of us with memories of the 1970’s and 1980’s can attest, the renewable and alternative energy movements hit a major snag when two major events occurred. First, President Reagan proposed a new direction in energy policy — namely, more of the same (i.e., fossil energy). He also proposed advancing nuclear energy which made little visible headway in the wake of the Three Mile Island event in 1979; still in the active memories of the public and policymakers. Second, fossil energy prices declined, a phenomenon that also occurred in the late 1990s in even more dramatic fashion. Despite the renewal of EPAct in 1992, one could argue that there remained little pressure on President George H.W. Bush or President Clinton to visibly and vigorously pursue alternative or renewable energy solutions. During the Clinton years, there were increases in funding for programs such as the National Renewable Energy Laboratory (NREL); but, nothing on the order of what had occurred in the late 1970’s under President Carter. Large scale public attention to the issue just was not present as car owners revisited gas prices counted in cents rather than dollars. In the new millennia, however, everything has changed once again. The events surrounding September 11, 2001, rising fossil energy prices, concerns about global warming, the passage of EPAct of 2005, and the Hydrogen Initiative are all indicative of new movement. In attending public meetings at Lake Tahoe — the Sierra Green Business Connection at the Lake is humming right along — I’ve witnessed a growing interest in renewable and alternative energy. The public meetings are often attended by vendors with the very latest in renewable energy technology. Nevertheless, the nagging question remains: will it last this time? In answering this question, a quick review of Northeast news sources might provide us with some guidance. Sources such as the New York Times are more or less standard bearers in print media, so the East Coast papers are a good measure for my purposes.

I quickly scanned the headlines and lead paragraphs for the following phrases: “renewable energy” and “alternative energy.” I then collated these data for six month periods from January 2001 to March 2007 (note: I predicted what would likely occur up through June 2007). As one will note, the number of times the aforementioned terms are found in the print media sources rises and falls, but the general trend is up, up, up. The trend is particularly positive since the passage of EPAct of 2005 and since the midterm Congressional election in 2006. My general conclusion is that this time around, we are not likely to be disappointed. By all indications, renewable and alternative energy policy has become a long term resident of the policy agenda. And, with gas prices expected to be well into the three dollar range this coming summer — with no foreseeable end to this pricing instability — I believe that energy policy will be on the minds of all age groups and continue its upward trend well into the future. Source Cited: Downs, Anthony 1972. Up and Down with Ecology: The ‘Issue Attention Cycle’ The Public Interest, 28 (Summer), pp. 38-50. Christopher A. Simon is an Associate Professor of Political Science at the University of Nevada, Reno. He is the author of Alternative Energy-Political, Economic, and Social Feasibility and Public Policy-Preferences and Outcomes. He has been published in Public Administration Review, Administration & Society, American Review of Public Administration (with David Nice), Policy Studies Journal (with Nicholas P. Lovrich), Land Use Policy Journal (with John Dobra), and others.