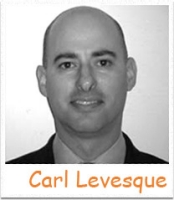 How can wind energy provide a large share of a utility or a country’s electricity supply if you can’t count on the wind to blow all the time?

This is a question that utilities are looking into closely now that wind energy has emerged as a mainstream option for new power generation. Based on experience in Europe and on a growing number of studies, the answer is that while wind energy’s variable output can pose challenges — these can be successfully managed with the right procedures. The fact is, any energy technology has its special characteristics, and so utility and transmission system managers have always adapted to accommodate them. For example, when nuclear power was introduced, system managers had to adjust operations to ease the integration of a large, non-dispatchable, single source of electricity that could suddenly trip off-line; in fact, even today, they typically set their “reserve margin” at the level of the largest nuclear plant on their system. Moreover, nuclear and coal plants can generate a lot of power on a continuing basis, but cannot be easily ramped down or up to meet variable demand. They need to be supplemented with dispatchable technologies like natural gas. And while natural gas and oil power plants are flexible and easy to use, their fuel cost is volatile and increasingly high, so they are best used for “peaking” and designed to remain idle if not needed, sometimes for long periods of time. As for wind power, it is not typically used to meet peak electric loads but it makes a large contribution to the amount of electricity that is generated and consumed over time: wind’s benefit is in providing energy, diversifying supply, saving fuel, and reducing carbon and other emissions. The fact that the output from wind farms is variable does not mean that wind farms need dedicated “back-up” or “storage” — the power system already has reserves and typically only a modest amount of additional reserves may be needed to handle wind. The European countries that lead in wind have successfully built up this clean energy source to the point where it provides 20% or more of the electricity supply in Denmark and some states in Western Germany and Spain. That share is similar to the percentage of electricity supplied by nuclear power in the U.S. (20%) or natural gas and hydropower combined (25%). What’s more, these countries have done so without a high degree of integration planning. It is only now, at these levels, that utility managers and operators in some of those regions are finding that preparation for the integration of more wind power becomes more important. Such preparations include improved forecasting, expansion of transmission capacity, adding load following and reserves, and cooperation between regional power markets. With wind supplying under 1% of electricity generation, the U.S. has not yet reached similar levels of wind penetration and could readily welcome large amounts of wind power. Yet there have been many more studies and debates about integration issues in the U.S. than in Europe. The studies confirm that wind’s variability can be successfully managed, and that the larger the control area, the more diverse the generation mix, and the less discriminatory the transmission access and distribution rules, the more wind the region can accommodate. Leading the list of reports and studies on this issue was a paper released by the three associations that together represent all of the nation’s electric utilities: the Edison Electric Institute, the American Public Power Association, and the National Rural Electric Cooperative Association. Given that it was these noteworthy groups who were releasing the document, the paper marked a watershed moment for wind power. It is available along with many other resources at the Utility Wind Integration Group’s web site, www.uwig.org. According to the report, wind resources do have impacts on the system, but those impacts “can be managed through proper plant interconnection, integration, transmission planning, and system and market operations.” The report suggests that with new equipment design and the proper plant engineering, wind generation can actually improve system stability in response to a major plant or line outage. As for the need for wind power to be “backed up” by extra fossil fuel facilities because of wind’s variable nature, the report stated that, “Since wind is primarily an energy – not a capacity – source, no additional generation needs to be added to provide back-up capability provided that wind capacity is properly discounted in the determination of generation capacity adequacy.” Other reports around the country have offered similar evidence of wind’s reliability. A study conducted for the New York State Energy Research and Development Authority and the New York Independent System Operator (NYISO) examined possible impacts of integrating wind power capacity equal to 10% of the state’s peak load. The study found that, given the NYISO’s large balancing area, mix of resources, and existing processes, such an increase could be accommodated in the state without special measures-and even would reduce system operating costs, largely due to fuel savings. Meanwhile, results of the brand-new Midwest Wind Integration Study, which was required by the Minnesota legislature in 2005 to evaluate reliability and other impacts of higher levels of wind generation, show that with the right procedures in place, utilities can incorporate wind power into their resource portfolios in an amount comprising up to one-fourth of their delivered energy without sacrificing reliability and with only minor costs. These are just a few of the studies, in fact, confirming wind power’s reliability and feasibility on a large scale. For more, see http://www.uwig.org/