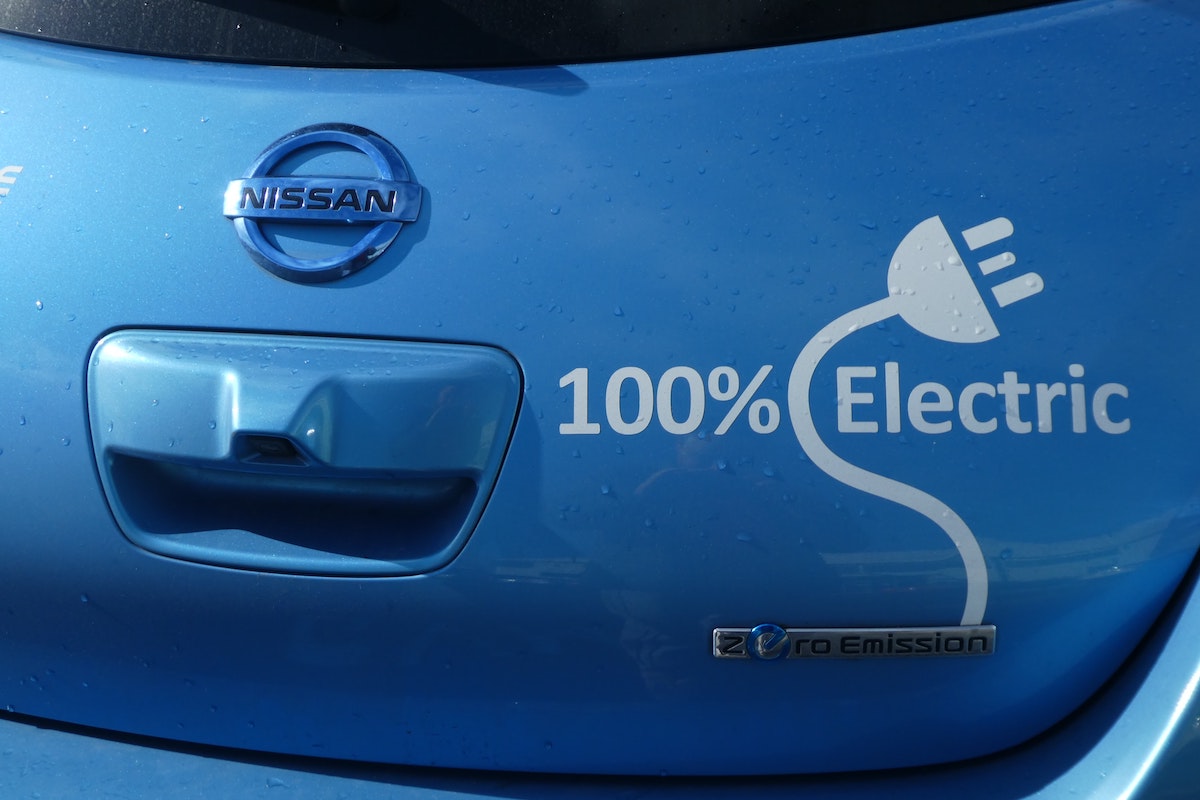 German carmaker Volkswagen (VW) recently announced an aggressive plan to go head-to-head with energy companies by tapping a projected 350 gigawatt-hours of storage capacity from its electric car batteries. Volkswagen’s move signals not only a pivot toward EVs going mainstream, but also a potential fundamental change to EV business models.

“Bidirectional charging is likely to become an important feature to assist the adoption of electric vehicles,” said Kevin Mak, Principal Analyst in the Automotive Practice at Strategy Analytics.  “Already, we are seeing the formation of partnerships between auto makers, power suppliers and platform providers, to provide the benefits of bidirectional charging to fleets and consumers.”

That energy conversion wasn’t possible until the introduction of bidirectional charger technologies. These technologies make it possible for cars like the Nissan Leaf to be used as a backup storage system and a source of energy in your home’s energy ecosystem.

Related: Forget DER aggregators, grid-edge intelligence will be the hallmark of the utility of the future

The bet by Volkswagen means that other mainstream automakers will likely follow suit, enabling new areas of functionality, which would give consumers new useful features in their vehicles and give automakers new areas of business to enter.

As we move toward this future of bidirectional EV charging, there are three key elements that need to happen for its widespread adoption. First, automobile manufacturers need to introduce more vehicles that are capable of bidirectional charging. Second, industry regulation and the energy economy must be adapted to provide standardization and a viable business model. Finally, EV charging station manufacturers need to develop more accessible bidirectional charging technology for scale.

There is a pressing need for more EVs that are bidirectionally-enabled to support a greater adoption of this technology. In Strategy Analytics’ 2018 report on Vehicle-to-Grid providers, Mak noted, “Some companies have only developed energy storage solutions using EV batteries, while others have developed bi-directional charging, but have not yet reached commercialization nor formed a business model with their technology.”

With Volkswagen’s latest announcement, it joins Nissan and Mitsubishi in helping to popularize bidirectional charging.

Since 2013, the Nissan Leaf has been the sole vehicle capable of bidirectional charging in the US. On a global level this is expanded to include other automakers utilizing theCHAdeMO protocol like Mitsubishi’s Outlander PHEV. These early movers have been supported by the fact that the CHAdeMO protocol and connector has made this capability a realityearly on.

Both automakers have proven this concept by bringing forward demonstration projects like Nissan’s Power Supply Ecosystem projects and Mitsubishi’s Dendo Drive House. The real turning point will be when vehicles utilizing the CCS protocol and connector begin to enable this functionality.

As the most widely adopted DC charging protocol in the US, CCS has the opportunity to bring all of the other automakers into the field. In fact, it has already been identified as a key element on the CCS vehicle technology roadmap over the next five years. Automakers like Honda and BMW which use the CCS standard have already piloted bidirectional charging and with other big consumer brands like VW announcing a strong bet into bidirectional charging and energy management, this will be the tipping point toward mass adoption from automakers within the next few years.

One of the necessary foundations of a broader use of bidirectional charging is industry regulation and collaboration.

“A considerable challenge is the control of highly distributed assets that have high volatility in demand and supply, such as knowing when consumers are charging their vehicles, and being able to send this new supply of electrical energy to new markets,” said Mak.

While electrical industry regulations and the energy economy won’t change overnight, there are encouraging signs when you look globally at examples of early adoption of bidirectional EV charging. According to an industry report, there are major projects taking place across the globe to study the various use-cases of this technology. Over half of these projects are in Europe where there is greater access to an environment, which enables easier adoption with policies like consolidated, country-level regulations and experience with energy aggregation markets where energy can be bought and sold openly.

This makes consumer projects like the Powerloop from Octopus Energy in the UK possible. In this program, customers can sign up to install a bidirectional charger and are eligible for discounted energy tariffs and payback for discharging energy back onto the grid a few times per month.

“Industry analysts anticipate an increased demand globally,” Mak commented. “With uncertainty in power regulation, Strategy Analytics expects to see V2G in wide scale deployment in the mid-term at the earliest, starting in Europe and being followed by Japan and North America.”

The outlook for the U.S. is also positive. Regulations and business models established for solar and stationary battery storage, pioneering technologies at the time, have made a lot of headway for technologies like bidirectional charging.

Regulations addressing adding energy onto the grid have largely been adressed by the solar industry and regulations addressing sending power to a home from a battery have been solved by the storage industry. This facilitates the establishment of the necessary elements for bidirectional charging to be widespread in the U.S. In fact, states likeCalifornia are working to finalize these details and one of the main questions to be answered is how the use cases for bidirectional charging compare to other storage and renewable resources as a starting point.

With the vehicles and regulations addressed, the final element is the hardware needed to make it all work together. Bidirectional charging works by taking the DC energy that lies within the vehicle battery and inverting that into AC that can be used within the home or put back onto the grid. This technology and process has already been demonstrated by charging systems from manufacturers like Princeton Power and Hitachi.

However, these early systems were large, heavy, costly, and were advanced pilot technologies that were not originally designed to be consumer products. Since then, bidirectional chargers have evolved to be smaller, more accessible in price, and tailored toward scaling directly into the consumer market. Bidirectional chargers coming this year like Wallbox’sQuasar or Fermata Energy’sbidirectional charger, the first to be UL Certified for consumer use, are key to mass consumer adoption.

As larger scale is reached, more entries will come into the market and make the technology even more accessible and easier to adopt which will accelerate demand for these new enabling technologies.

Bidirectional charging is now within reach and with advances in the vehicles, regulations, and chargers, it is part of an industry that is poised to take off. For consumers, this shift will give people an incredible amount of control and flexibility over which energy they use for their home, car, or even allow them to be compensated for sending energy back onto the grid.

For utilities, this change means having another resource available to support the grid, to balance electricity demand, and to smooth consumption spikes with the help of electric car batteries. For automakers, it represents a new opportunity to move beyond transportation and into the energy management business. Bidirectional charging is the wave of the future and we’ll be looking forward to seeing these rapid advances in each of the key areas needed to make this technology widely available.