For years, critics of the Energiewende, Germany’s clean-energy transition, have carped that the country’s power system cannot be based on intermittent generation sources — namely onshore wind and solar PV — without advanced storage technology to balance supply and demand. In Germany, battery storage has come a long way fast, and a year ago the German government started the first-ever subsidy program to support storage systems for homes, businesses, and public institutions, like schools. Yet the program has been slow to catch on, and observers maintain that its long-term impact on the Energiewende as such will be minimal.

A year ago, Germany’s beleaguered solar industry rejoiced when the government-owned development bank and federal environment ministry announced loans and repayment support for combined rooftop PV and battery storage options of up to 30 kW. The sector thought it spotted an opportunity to redeem itself on the German and international markets with a technology that German PV and energy management firms had long been perfecting.

The logic of battery technology is pretty straightforward: By storing power generated when the sun is shining bright and demand is low, the owners of household battery systems can use more of the electricity they generate when they need it — twice as much, say experts. Larger storage systems, if connected to solar plants, could help integrate even more renewables into the system, dramatically reducing disparities in supply and demand — the bugbear of PV and wind power. 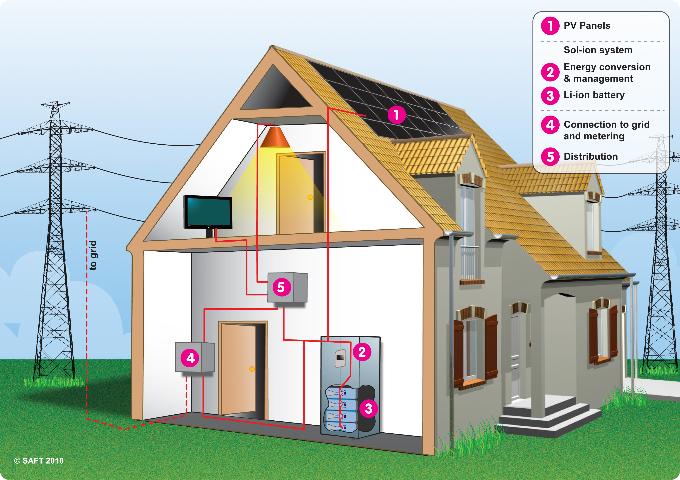 Yet, 14 months down the road, German PV and energy management companies have sold only around 10,000 decentralized battery systems (not all in Germany), with about 50 percent of the new German owners taking advantage of the subsidies. The Leipzig-based PV company Deutsche Energieversorgung says that only 15 to 20 percent of its battery customers use the supports. Roughly a third of RWE Home Power Storage’s clients have availed themselves of the subventions.

Critics say the bureaucracy required to obtain the credit is cumbersome, and that new laws in Germany that will tax self-consumption have put a damper on PV sales. The fact that these small-scale systems are designed only for self-consumption (in other words they’re not connected to smart grids or the larger power system) limits their usefulness for proving extra grid flexibility to balance renewables.

Indeed, the numbers so far are modest, even though both producers and suppliers of distributed storage hardware say business has been picking up as of late spring.

A study of 13 European (mostly German) firms conducted by the magazine Sonne Wind & Wärme, found that Bavaria-based Sonnenbatterie led the field having sold 2,500 transportable intelligent lithium storage systems in 2013-14, mostly in Germany. It was followed by Deutsche Energieversorgung that sold just 100 fewer, and Nedap of the Netherlands with 2000. Saft Batteries out of Nuremburg moved roughly 1000 systems, half of those in Germany and the other half in Austria, Switzerland, Italy, and Luxembourg. A number of other firms, including E3/DC, Bosch Power Tec, and Frankensolar sold less than 1000 models.

About 85 percent of the units sold were the more traditional and substantially cheaper lead-acid batteries; while 15 percent were the newer lithium-ion-based models, which are more expensive but also tout more capacity. Not only can lithium-ion batteries store more power while requiring less space, they can be charged and discharged more frequently than lead-acid batteries. The prices of the systems range from 6,000 to 30,000 euros, depending on size, model, producer, and type. Most of the investors were households, followed by small businesses.

Since the program was launched last May, 4,000 solar battery buyers were awarded a total of 66 million euros of low-interest loans and grants of over 10 million euros. The state development bank KfW grants a low-interest loan for the purchase of a combined photovoltaic and solar-power storage system or for retrofitting an existing solar-power installation with a storage system. In addition, the state may cover up to 30 percent of the loan.  Yet in 2013, more than half of the available monies went untouched.

“The support programs were slow getting started,” says Tom Rudloph of SMA Systems, one of the early Germany-based pioneers in battery storage. “But they’ve ironed out some of the wrinkles, so it’s working better now.”

The jury is still out on whether the batteries — with or without the supports — are worth it for small PV users.

Germany’s main solar advocate, the German Solar Energy Association (BSW), claims that small battery units won’t make or save homeowners a bundle, but — in economic terms alone — are probably a break-even proposition, depending on consumption behavior, type of PV system, location and other factors. “There wouldn’t be government incentives if small-scale battery storage was completely economical at the moment,” admits David Wedepohl of the BSW. “But at least half the systems in Germany sell without any incentive.” 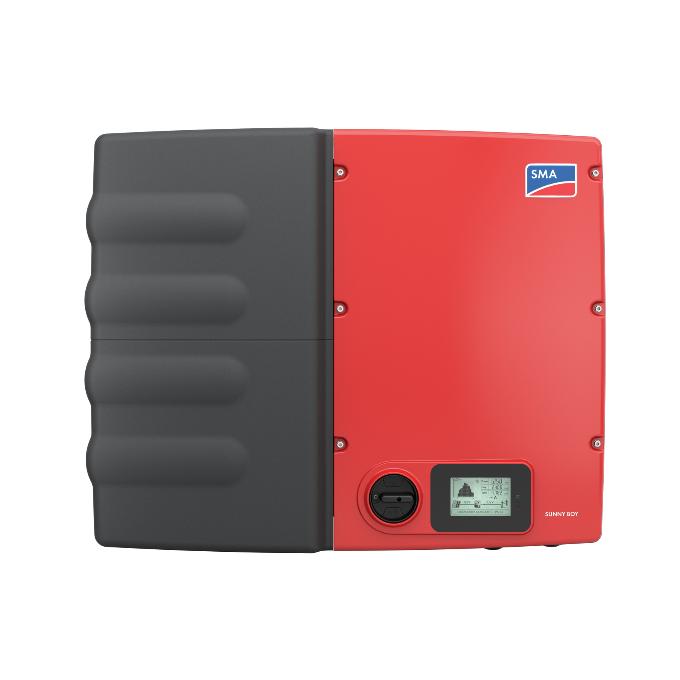 The SMA Sunny Boy Smart Energy is a combination of a modern PV inverter and a battery with an effective capacity of 2 kWh. Credit: SMA.

“The point is to create a market for storage, create economies of scale, and generate experience with this new technology,” says Wedepol. “In the future, if we’re serious about running our economies on 90 percent or 100 percent renewable energy, we’re going to need it.” He notes there are factors besides economic viability that motivate people to invest in storage, such as energy independence. Most of the battery companies say independence is their customers’ primary motivation.

Yet others adamantly disagree. Wolfram Walter, CEO of the Freiburg-based ASD Sonnenspeicher, says the purchasers of the current generation of batteries are simply “burning money.” Walter calculates that the per kilowatt-hour cost of stored power generated from roof-top PV installations is anywhere from twice to five times the market cost of electricity.  “The lead-acid batteries can’t store enough power over their entire life spans to make them worthwhile,” says Walter, whose firm has a lithium-ion product on the market.

Walter argues that the next generation of battery, namely parallel automatic charge and discharge units or “pacadus,” which ASD Sonnenspeicher will introduce later this year, is the battery of the future. The pacadu technology connects cells in parallel and thus increases battery performance by preventing the losses in voltage. 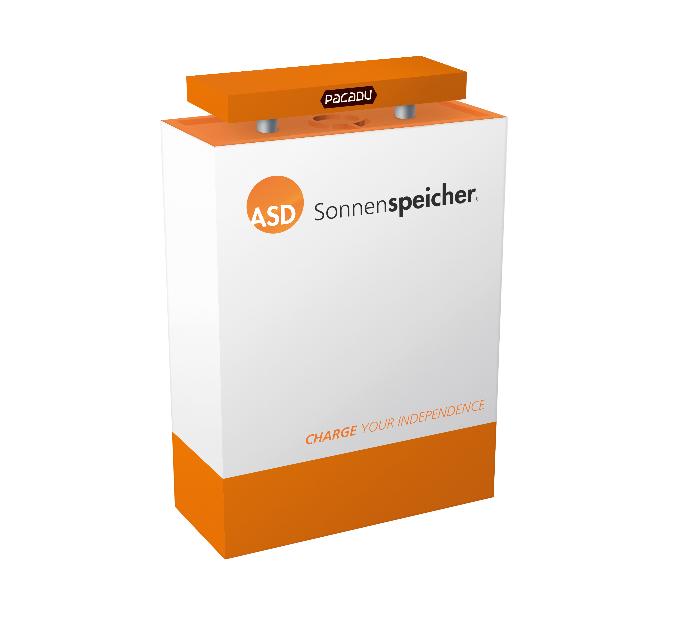 With Pacadu (parallel automatic charge and discharge unit), ASD has developed a new electronic device that can be installed onto each individual battery cell. Credit: ASD Sonnenspeicher.

Firms marketing battery storage today say costs are coming down rapidly, and that storage systems will soon be a better deal. Rudolph of SMA sees costs decreasing by about 5 percent a year. “Just look at prices over the last year,” says Nina Henkel of RWE Effizienz, noting their fall. “This is a very dynamic market.”

But in terms of PV, everything has suddenly become more complicated in Germany. While experts agree that PV solar is now fully competitive with fossil-fuel and nuclear-generated power, the equation has changed with new legislation in Germany.

For one, PV subsidies are rapidly being phased out, which caused newly installed PV in Germany to drop 57 percent from 2012 to 2013 — with 2014 looking no rosier so far. Moreover, recent reforms envision taxing the self-consumption of solar power from plants larger than 10 kilowatts. Renewables producers who consume their own electricity will have to pay 30 percent of the surcharge that finances renewables’ subsidies as of August 2014.  If the law stays on track, that share will increase to 35 percent in 2016 and 40 percent in 2017.

But at least now the law is in place, says Henkel of RWE Effizienz. “There had been so much uncertainty. This wasn’t helpful for the market,” she says.

The German battery makers are also confident that markets in Europe and beyond — even as far away as China and Australia — will grow, as they’ve already showed signs of doing in the last year and a half. There’s been a “strong increase in [demand in] recent months in other countries,” Christoph Lapczyna, spokesman of Bosch Power Tec, told the German press, especially in Italy. “Italy is a very fast growing market since the financial benefits of storage systems are almost immediate because of high electricity prices.” 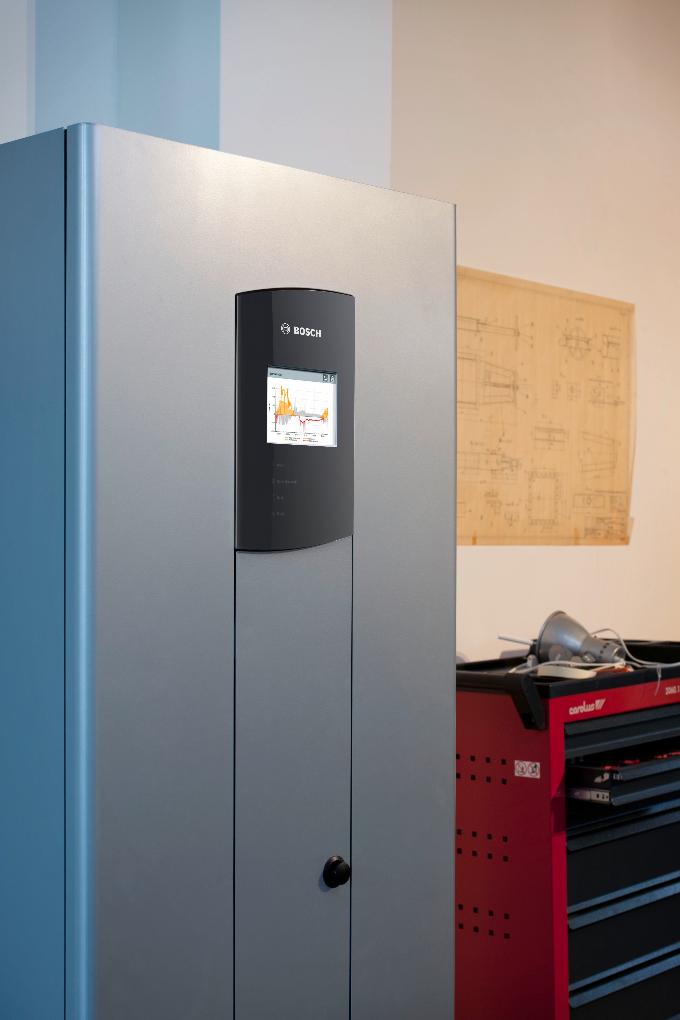 A bigger question looming behind these developments is just how much the state subsidies and the take-off of decentralized power storage is facilitating the Energiewende — and assuaging critics. Most experts say not much.

“The problem is that these systems are confined to self-consumption models,” says Oliver Opel, a research analyst at Institute for Sustainable and Environmental Chemistry of the University of Lüneburg. “In order to provide real flexibility they’ve got to be connected to a smart grid.” He admits that household storage options for electricity lower demand and help shift the PV peak at noon, providing more space for wind and solar in the system as a whole. “But it’s too small to make sense to connect to the grid.”

Opel believes the future is thermal storage using chemicals or stones in connection with wind power. “This [the current program] is just the beginning,” he says.